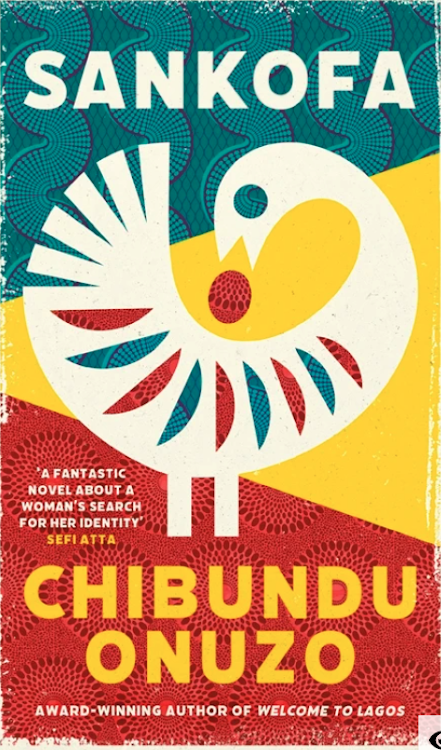 Chibundu Onuzo's 'Sankofa' is an exploration of how someone establishes their identity.
Image: Supplied

Anna Bain is a middle-aged British woman of mixed parentage. Her mother, who has just died, was British; her father, who she never knew, came from the fictional west African country of Bamana. Anna is having a difficult time — her husband has been unfaithful and she is contemplating divorce, she is coping with the aftermath of her mother’s death and her daughter is grown-up and busy, but also vulnerable.

Clearing her mother’s flat, she comes across a diary kept by her absent father when he was a student in London and having the affair that resulted in Anna’s birth. He obviously knew nothing about the pregnancy and returned, radicalised by the treatment he had received in Britain, to his home country to take up a new life.

Anna’s research eventually finds he reinvented himself from the student Francis Aggrey to become Kofi Adjei, the first prime minister of a newly independent Bamana, a man with a chequered reputation and distinctly dictatorial tendencies. Having spoken to people who know him, she decides to go to see Bamana, and maybe make contact with her always absent father.

Anna’s visit to Bamana is something of a rollercoaster ride. Once she meets him, Kofi Adjei is suspicious and is the antithesis of a cosy father figure — something Anna has missed all her life. Despite being half Bamanian, Anna is seen as an outsider and is far removed from what she has assumed was her comfort zone in Britain.

Chibundu Onuzo’s novel is an exploration of how someone establishes their identity, particularly, as in the case of Anna, someone who has grown up with a sense of dislocation stemming from an absent father and the question of race. In Britain she is considered black, but in Bamana she is seen as white. Her marriage gave her a kind of stability, but also confined her into a traditional role and this is something from which she has to try to break away. Onuzo knows how to tell a good story and keep her narrative moving. It makes for a very readable novel which takes a profound look at serious questions.

'Still Life' is utterly delightful – gentle, imaginative, funny, a praise poem to love, brilliantly constructed and a true pleasure from start to ...
Books
5 months ago

US-based Nadia Hashimi's parents left Afghanistan in the 1970s, but her ties to that country, now in a yet another round of turmoil, are deep, and ...
Books
5 months ago

This is a glorious book about growing up, language, writing, family, motherhood and political awakening.
Books
6 months ago

Skewering the colonial enterprise with a deadly pen

Siphiwe Gloria Ndlovu’s second novel takes a character from her award-winning 'The Theory of Flight', Emil Coetzee, and expands his story.
Books
9 months ago