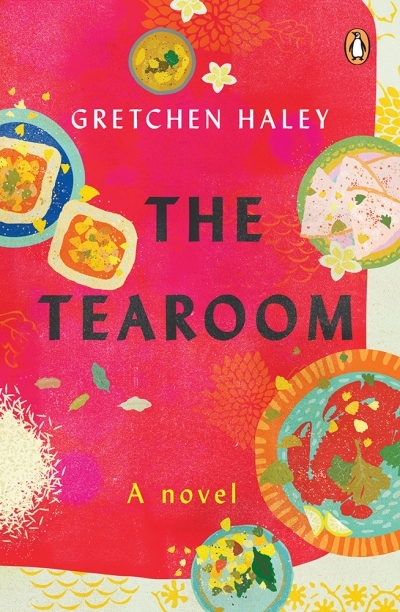 'The Tearoom' offers a sharp-eyed glimpse of a section of South African society.
Image: Supplied

The central character and narrator of The Tearoom is Tubby Reddy, restaurant owner and chef who is based “somewhere after Umzinto and just before God’s nowhere”. When the novel opens, he is approaching his fiftieth birthday, and he has big plans.

On the one hand, life is good. He loves his job, has plenty of friends, adores his children, though his daughter seems to be withdrawing from the family with what he assumes is boyfriend trouble, but the children are grown up and more or less off his hands. And he has fallen, in a big way, for Yogi, his kitchen assistant who has a way with samosas.

On the other hand, his marriage is a disaster: Lynette, his wife, is a pillar of the community and the local Evangelical church, considered to be a wonderful, charming woman and a great support to charismatic Pastor Kenny. However, at home she is a termagant and professional hypochondriac. And Tubby has a sneaking suspicion that she is offering Kenny more than just pastoral support.

So, when the big birthday comes round, Tubby reckons he will confess his love for Yogi and persuade her to run away with him to a new and glamorous life of travel. He has secret savings, and a plan. But the best laid plans — and Tubby’s aren’t really that great — don’t always work out. Things are going to go extremely pear-shaped, in ways he hadn’t expected.

Gretchen Haley has created an affectionate and sharp-eyed glimpse of a section of South African society. I don’t want to give anything away, but perhaps this could be best described as a tragicomedy. Tubby is an endearing character, and his restaurant is lovingly described, complete with mouth-watering menus. He believes in the power of love, and is generous with his affection and the reader will root for him, even as they can see he is heading for trouble.

The Tearoom is a light and easy read, but not all froth. It is a slice of South African life, and as we all know, that comes with both upsides and downsides. The sadness, prejudice and bigotry are there, along with what offers happiness.

Emmanuel Taban was born into rural poverty in South Sudan, one of Africa’s most deprived regions, though richly endowed with natural resources.
Books
1 month ago

Jane Klein was a young journalist editing the women’s pages on the 'Rand Daily Mail" in the momentous year 1976.
Books
1 month ago