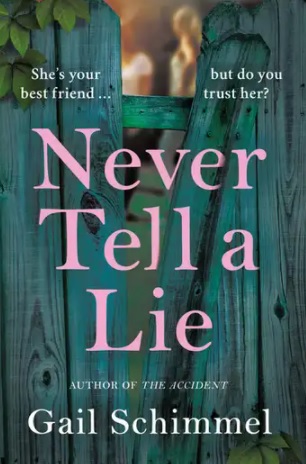 Gail Schimmel has a reputation for writing accessible, lively local fiction — something SA needs so local readers can enjoy common themes that speak to their own lived experience. Here she sets the scene among 30-somethings in Johannesburg.

Mary Wilson is a widow with a 12-year-old son. Her mother died when she was a small child, and she was raised by her father, to whom she is close, and who is a convenient and willing babysitter. She and Stacey, the only friend she has kept since her school days, are invited to a school reunion. Although their immediate reaction is one of horror, they decide to go.

While Stacey is mending fences with someone she fell out with in her school days, Mary finds herself with one of her classmates, April, who she scarcely remembers but who seems friendly, warm and someone she is happy to reconnect with. She also meets Joshua, who she fancied at school, and who, it appears, fancied her too.

Her new friendship with April develops quickly. Mary finds April’s companionship fills a need in her life, which makes her perhaps a little uncritical. She and Joshua meet and like April’s husband, a prominent civil rights lawyer. However, the closer Mary gets to April’s life, the more things don’t seem to add up. What is it that April is not saying?

In a second strand to the novel, Mary is finding out things about her own past, and discovering her father also has feet of clay. Unfortunately, Schimmel doesn’t handle this part of the plot as well as the April/Mary relationship and its ramifications. While, as the title suggests, past and present lies play a role, the subplot which is potentially fascinating fizzles out in a rather unlikely way. But the main story, with its hints of violence and the problems of who to believe and how our own prejudices and experiences colour our judgments, is skilfully developed.

Never Tell a Lie is a lively and easy read. The themes Schimmel plays with are serious and topical, but she has a light touch and the novel should find a wide and enthusiastic readership.

I’m a bit of a stickler for honesty, to be honest.
Books
6 months ago