Marian Keyes brings back a beloved character in 'Again, Rachel'

Jennifer Platt chats to Marian Keyes about revisiting Rachel Walsh’s life in the sequel, Again, Rachel, 25 years after the original novel was published 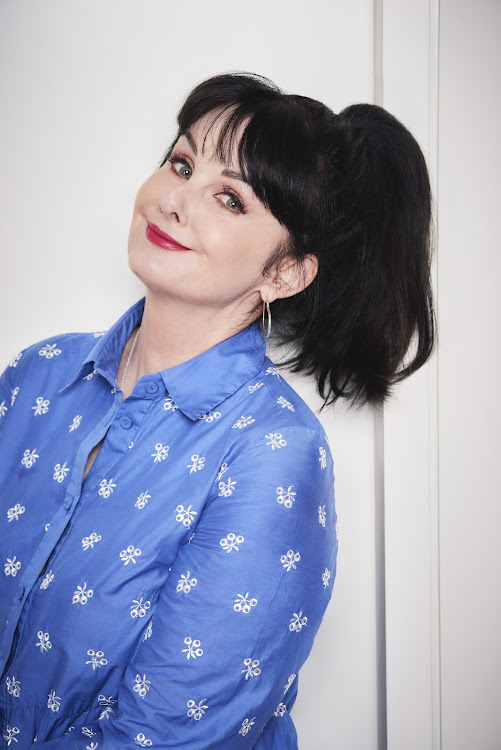 Marian Keyes The author is a master of her craft.
Image: Dean Chalkle 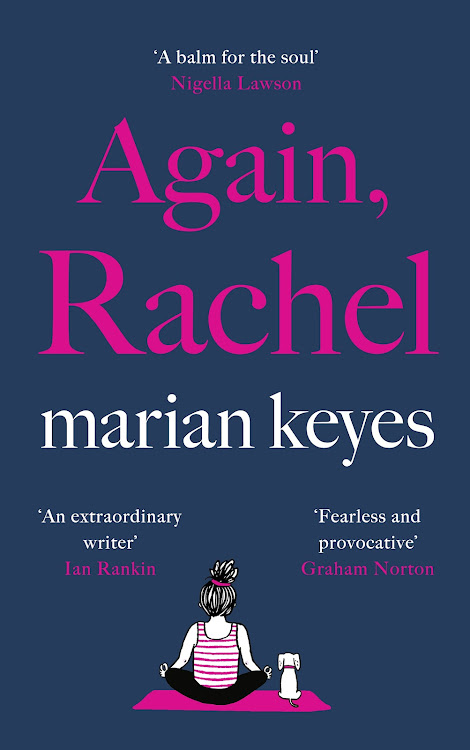 There’s always trepidation about a sequel. Will it stand up to the original, or will it fail expectations and ruin the original work? So a couple of years ago when Marian Keyes told us she was writing a sequel to 1997’s Rachel’s Holiday, she was nervous. But there was no need. There are people who are masters of their craft and Keyes is one of them. Plenty of books are marketed as funny, insightful takes on women and their relationships and some of them hit the mark, but Keyes takes her novels to another level.

Again, Rachel is as delightful, smartly funny, shrewd, sharp and lovable as the original, which was published almost 25 years ago. Rachel’s Holiday is about Rachel coming to terms with the fact that she is an addict, and that if she doesn’t acknowledge it, it could destroy all her relationships, especially the one with Luke. It has sold more than 1.5-million copies worldwide and is still a top seller due to its re-release. Rachel’s Holiday was the second of Keyes’s books about the Walsh family, after Watermelon (1995), in which Claire, the oldest sister, finds love after her husband dumped her the day she gave birth to her daughter.

Angels (2002) is about A-type sister Margaret, who flees to LA after suspecting her husband has been having an affair. And in Anybody Out There (2006), whimsical and sweet sister Anna’s life falls apart and she learns how to put it back together when she moves to New York. Lastly, The Mystery of Mercy Close (2012) deals with the youngest daughter — outer toughie, smart-aleck Helen, who is silently dealing with severe depression. All Keyes’s books starring the Walsh family are perfect examples of how to write heart-warming, funny love stories filled with depth, gravitas, human frailty and, most importantly, satisfying happy endings that the protagonist has to work for rather than being solved by magical solutions, or men.

So why out of all Keyes’s novels (15 so far) did she settle on a sequel to this book? She tells us via Zoom from her home in Ireland: “I don’t decide in my head what to do or what to write about, it happens instinctively. I tried to do a sequel to Watermelon and it crashed and burned. I thought no more Walshes, but I missed them. I wanted to write about Luke and Rachel again — it’s a love story with life in it. The idea of one of them cheating and splitting up because of that was just not right — I’m too much of a sap and couldn’t do that to them. So I did the research on what could happen and thought I’d try. Only when you take big risks do you find out what you can and cannot do.” 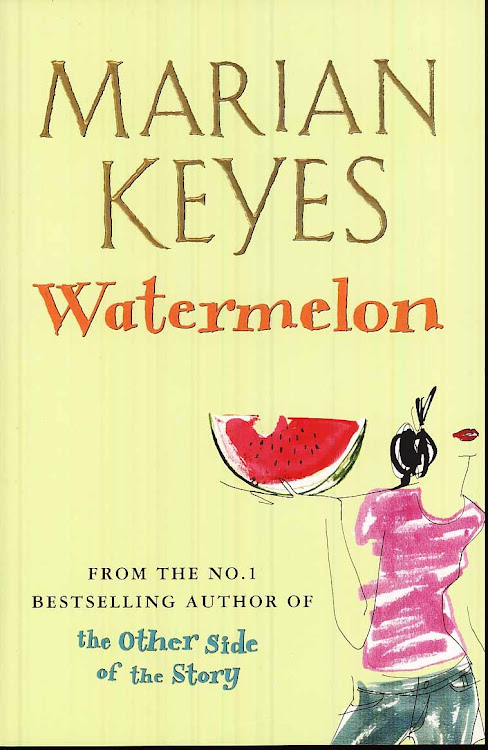 She continues: “I gave myself a couple of months and if I failed, or it was half-baked, not good enough or faithful to the original, then I would walk away, no matter how painful.”

Readers are once again ensconced in the bosom of the Walshes in Dublin, Ireland; a big noisy family full of huge personalities. Says Keyes: “Lockdown coincided with me writing the book and it was lovely to have the Walshes in it, especially when I couldn’t see my own family. It was comforting. That dynamic of people, rowdiness and noise was almost as good as having real people.” There was the freedom of having them all together, like even being allowed to go to a funeral! There were moments when I thought ‘oh my gawd, they shouldn’t be allowed to be all together’ and then I realised it’s fake and they are allowed.”

It could be that Rachel’s Holiday is the book closest to who Keyes is herself. Like Rachel, Keyes’s parents checked her into a clinic for alcoholism after a suicide attempt when she was 30. “She’s an addict, I’m an addict,” says Keyes, who is now 58, and has been sober since. But, she says, the new novel “recognises the vulnerability that an addict lives with every day”.

Keyes explains: “Rachel is still the same person. Despite our best efforts, life will give us things we don’t want and it will take things from us that we value. It continues to shock me because I thought at some age I would outgrow sorrow, grief and disappointment, but they don’t go away. Their impact remains powerful and painful. Nevertheless, I’ve been given the strength to stagger along. It doesn’t mean it’s graceful or easy — surviving is the thing. Then we come into pockets of joy and normality for a while. Life continues to happen to Rachel, it doesn’t matter if she is clean, or that she has the perfect man.”

As an older woman Keyes was interested in writing about older women and how they navigate these disappointments. “One thing I learnt and that has helped me is that I don’t outgrow anything. The idea of closure is not realistic. Anything painful I have ever felt, I can still feel in certain circumstances. In awful circumstances I can feel the way I felt when I was seven or 11 or 16 or 29. There’s no need to be ashamed of it; once those feelings are there they can always be reactivated.”

There are steamy sex scenes in Again, Rachel just as there are in her other novels. It’s interesting to read because it’s not young love; it’s about women who are over 40 and their experiences. Keyes says: “I loved writing the one scene [read the book!]. There has to be an emotional connection as well, and the reason they were not together was complicated. So there had to be more than sex, but the sex was nice. It’s okay to be a female over 40 and wanting to having sex. It’s down to the individual but I really sympathise with women who think, ‘Gawd, I have to have sex with my husband tonight’.

“I don’t like this picture of women over a certain age being sexless or resentful of any move being made by their husband or boyfriend. I’m uncomfortable with the trope where women have headaches, or say they’re exhausted. Sometimes I don’t always feel like it either, but sometimes I do and I don’t want it to be regarded as a rare thing.” 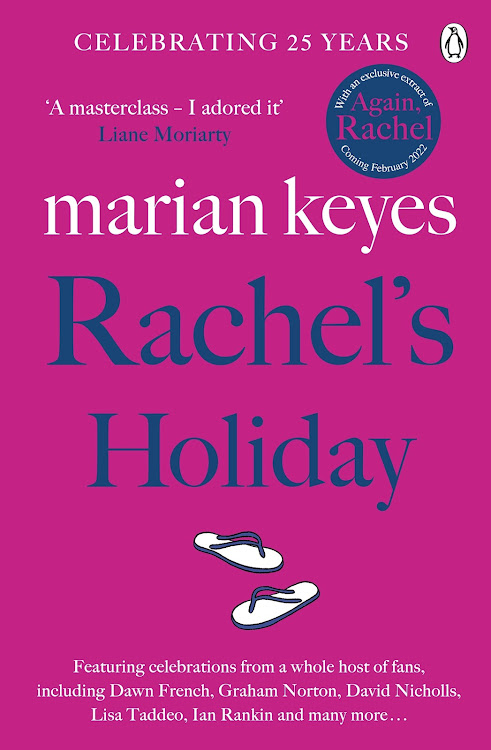 The oldest Walsh sister, Claire, and her husband, Adam, have been married for over 20 years and are going through a difficult phase in their sex life. Says Keyes: “It’s strange that even when you are with somebody for a long time, the way we communicate can be so difficult. Or frightening. It’s terrifying to say I don’t fancy you the way I used to but I’d like to work on it. There seems to be shame in saying this because it means we failed. Not at all! The mystique wears off. You need to say, I enjoyed the magic, how can we reclaim it?”

In Again, Rachel, we return to the Cloisters where she had been in rehab, but is now a counsellor. “In Is Anybody Out There and The Mystery of Mercy Close, Rachel was already an addictions counsellor, but I don’t remember deciding that she would work at the Cloisters. I knew that at some stage her addiction would revisit, and I thought a good device would be to use the stories of others. Also, I wanted to echo what was so charming about Rachel’s Holiday."

“I enjoyed writing the camaraderie of the group and the way different personalities impacted on Rachel when she was there. Rehab, to me, was a challenging and frightening experience, but it was also kind of lovely. It wasn’t only that it gave me new life, there was something about the humanity and the way people bonded that was soul filling. People come in at their worst but there’s so much of them being their best as well. I wanted to reflect that again, and the fact that Rachel is an unreliable narrator. “I got a lot from writing this book — the joy of writing about rehab again. The potpourri of individuals at the worst time of their lives thrown into this common humanity where they help each other to get well, even if it is accidental.”

One of the main themes in Again, Rachel is that there is nothing wrong with us if we are still feeling pain. “Yes, it’s about survival!” says Keyes. “That dreadful American thing about turning every negative thing into a positive is so burdening. It’s an awful thing to do to people who are already weak, exhausted, broken, grief stricken. And then to say to them, ‘Now what you need to do is emerge from the flames like a phoenix.’ Like feck off! No, I’m here. I’m still alive. That will have to do. Pain impacts us in more subtle ways, we sometimes become wiser, which is nice, but we are not stronger. That language is so punishing. Don’t lean in; run away. As fast as you can.”

‘The Penguin Post’: The welcome return of Rachel Walsh

"I knew that if I didn’t try, I would never find out if it was possible."
Books
3 months ago

JENNIFER PLATT | So many books, so little space, but hopefully a lot of time

This year looks to be a feast of books. Here are some top picks. For more, grab this weekend’s Sunday Times
Opinion & Analysis
3 months ago