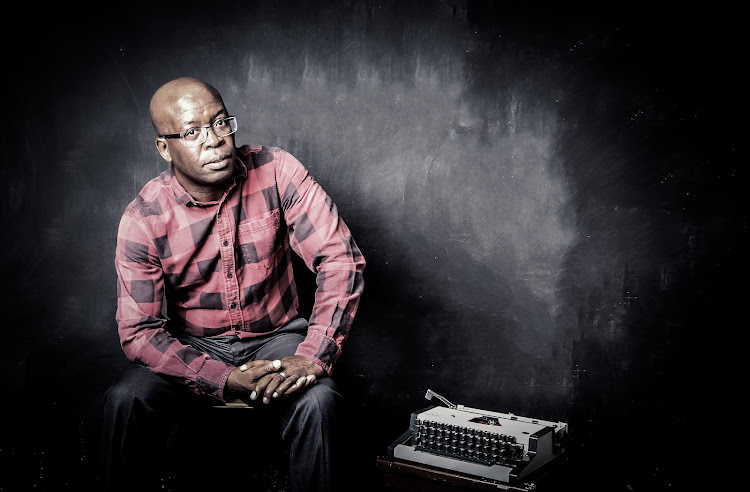 For his most recent book, Fred Khumalo had to channel a rather different character. He had to eavesdrop. He had to observe. He had to test his writing on some of the most critical test subjects he could possibly find: his daughters.

“As I was writing the book I would write something and test it on them and they would say ‘No, no, no, that slang is gone now, it’s outdated now. No, no, no, we don’t wear those shoes any more.’ It worked very well for me,” the veteran writer chuckles. 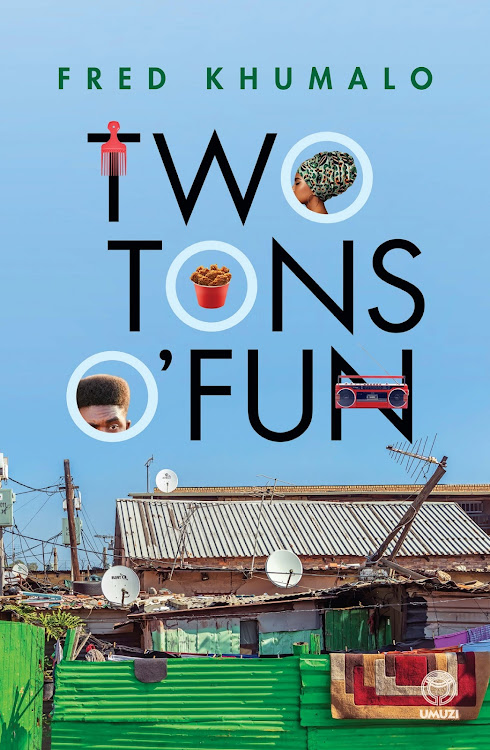 Two Tons o’ Fun is Khumalo’s 15th book and his first to be turned into an audio book. It is the coming-of-age story of Lerato, a 14-year-old girl living in Alexandra township. When a Coca-Cola truck overturns, she is set on a collision course of her own when she meets Auntie Gugu, the cockroach (prawn)-eating, wealthy “white-black woman from Number 80” and her daughter Janine. As someone who plans to drop out of school at the first opportunity, a new world opens for Lerato when she is introduced to books. She starts undergoing a metamorphosis of sorts, as she goes from a clever girl who can’t read to a girl who avidly educates herself, setting her sights on being accepted at St Magdalene’s, a prestigious private school for girls in the suburbs.

She is faced with the everyday realities that come with living in Alex as she shares her experiences with the reader. “I guess I’m telling you all these stories to drive a point home: people in Alexandra lived. Really lived. When you are hungry and desperate, you embrace life fiercely.”

There’s the chaos that is her home life. Her mother, June-Rose, carries a knife in her bra and she’s not afraid to wield or use it. Her sister Florence runs off when yet another man moves in with them, believing he is another one of her mother’s lovers, not her uncle.

Khumalo says he chose Alexandra as the setting for this book specifically because of its stark contrast to Sandton just across the M1 highway. “I think it’s a micro cosmos of South African poverty. I deliberately wanted to make those contrasts that within such a short distance you have these vast differences.”

“There I was driving away from the scent of flowers, from the cheerful call of birds, the easy chatter of happy voices being sent out into the world by well-fed bodies,” Lerato remarks after spending a day with Janine at St Magdalene’s. “... driving back to avenues redolent with the smell of dead dogs, of stale water trapped in gutters, streets that reverberated with cries of agony and the sound of gunshots as soon as the sun went down.”

Khumalo’s ability to channel a teenage girl is delightful. He creates a lighthearted story using his signature humorous touch, but also manages to deliver social commentary on many levels — writing on serious issues such as gender-based violence, abuse and even the blesser culture in SA.

“It’s always been part of my craft. It is deliberate that, inasmuch as the façade is humorous, when you get to the heart of the story it’s serious,” Khumalo says. “There’s always a message that I’m trying to communicate, a serious message that demands some kind of intellectual intervention.”

This is a craft Khumalo says took him years to develop. “[Growing up] we were kind of indoctrinated into believing that a writer’s duty is to mobilise people around political questions.” His earlier writing consisted of poems written at school which he says were full of political slogans. “Utter trash,” he laughs. “I elevated the political message without really having learnt or refined my art as a writer. That came much later. To say you can be political but in a way that is very artistically and aesthetically pleasing. George Orwell does that very well.”

It becomes evident that there are many parallels between Lerato’s fictionalised world and the one Khumalo grew up in — the idea of wanting to get out of a rough township; of your township teachers teaching you English grammar in Zulu; conversations around identity and belonging; the impact education can have on a young life; and the importance of role models. Khumalo says his next book will be slightly less political as it will be aimed at children between the ages of 12 and 14. He’s also working on a novel he hopes to release next year.

As for this one, he still awaits the verdict from his daughters.

'A Coat of Many Colours' is a collection of nine stories, ranging from horrific tales of revenge to an Aesop-like fable about gullibility.
Books
10 months ago

Dave Grohl is inarguably one of the world’s biggest rock stars in the past 30 years. Now we get to know Nirvana’s drummer and Foo Fighters’ frontman ...
Books
3 months ago