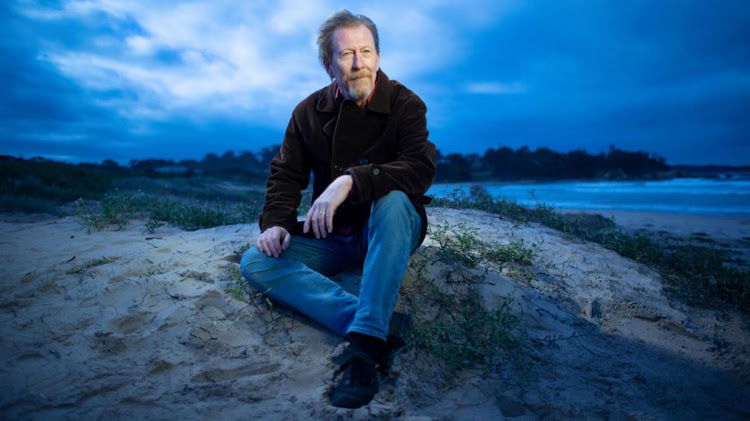 Chris Hammer’s ‘Opal Country’ is set in the fictional mining town of Finnigans Gap, not so far from the real life mining town of Lightning Ridge in Australia.
Image: Mike Bowers

Ever since his debut crime novel Scrublands became a runaway international best-seller in 2018, Australian author Chris Hammer has been lauded not only for his intricate plots and memorable characters but for the atmospheric settings of his novels. Now, just four novels into his crime writing career — and a slew of awards, including a prestigious Crime Writers Association Dagger Award for Scrublands — the former journalist is being hailed as a master of the crime genre. 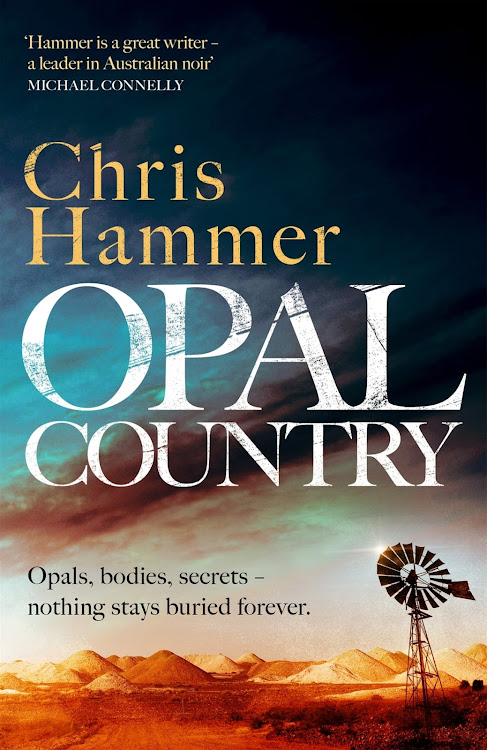 Opal Country is set in the fictional mining town of Finnigans Gap, not so far from the real life mining town of Lightning Ridge. It begins in the dead of night with thieves breaking into an opal mine where, instead of rich pickings, they find the owner crucified in the depths of his mine.

Billed as a stand-alone, it is more of a sidestep from the viewpoint of the protagonist of Scrublands, Silver and Trust, journalist Martin Scarsden, giving centre stage instead to Sydney homicide detective Ivan Lucic, a minor character in the previous novels, and Lucic’s assistant Nell Buchanan, a young local detective. But Scarsden and an array of characters from Hammer’s previous books appear throughout its pages in richly satisfying ways. Or as Hammer puts it: “There’s nothing you need to know from the previous books, but if you have read them, you get a bit of a bonus.”

Hammer’s previous books were lauded for their superb multiple plot lines and, with Opal Country, it’s as if he has upped the ante — several complex plot lines revolve around nasty secrets, bitter resentments and lifelong rivalries that lie, festering, in this desolate town.

Another reaches back to Sydney where Lucic’s old boss, Morris Montefiore, is under internal investigation, and as Lucic soon discovers, so is he. Yet another revolves around the way big corporate miners get away with things smaller miners don’t. For Hammer, who famously never plots his novels as “they evolve as I’m writing”, Opal Country is the result of stymied plans and a fortuitous sighting or two. He’d originally wanted to set his fourth crime thriller near “a very big mine” in the Flinders Ranges in South Australia and planned on driving there to research it, he says. “But because of Covid-19 restrictions, I couldn’t cross the state borders.”

But during a routine foray to the local shops soon after his plans were foiled, he spied a woman walking past wearing an opal pendant. “It was just this light bulb moment, oh, an opal mining  town! That could be interesting!'” recalls Hammer. “I knew next to nothing about opal mining, but I did know one thing — that opal miners are typically one-man bands, smallholdings. If you stake an opal claim you can only stake a claim 50m by 50m. That’s why the big global corporations aren’t in there. It’s all these leathery old blokes with their teeth missing and tatts on their arms. God knows where they’ve been in the past; they’ve washed up in these little opal mines seeking their fortune.”

So in July of 2020, he drove to Lightning Ridge, the New South Wales town famous for its opal mines, and the only state he had access to from his home in Canberra. It was there, soon after walking into the Miners Association Office, and striking up a conversation with some miners about a huge sign that hung there, that the opening of the novel came to him. The sign portrayed a rat overlaid with a red circle with a line running through it, with the words “No Ratters” written underneath. Hammer says: “Of course, I said, ‘what’s a ratter?’ and they said ‘ratters are people who go down other blokes’ mines and steal their opals in the middle of the night,’ and I thought ‘I can use that’.”

Hammer relishes too, the task of working out what drives his characters, just as he relishes everything about his relatively newly minted life as a fiction writer. He’d been writing Scrublands in his spare time when, in 2017, he became one of the thousands of journalists to be retrenched from a declining industry. But the success of Scrublands — which paved the way to his new career and is still walking off bookshop shelves — is, he admits, “still hard to believe. It was painful in a way leaving journalism, particularly as it wasn’t my decision. But it was joyous because I absolutely love what I’m doing now. It’s just been so liberating, and I can’t believe my good fortune.” 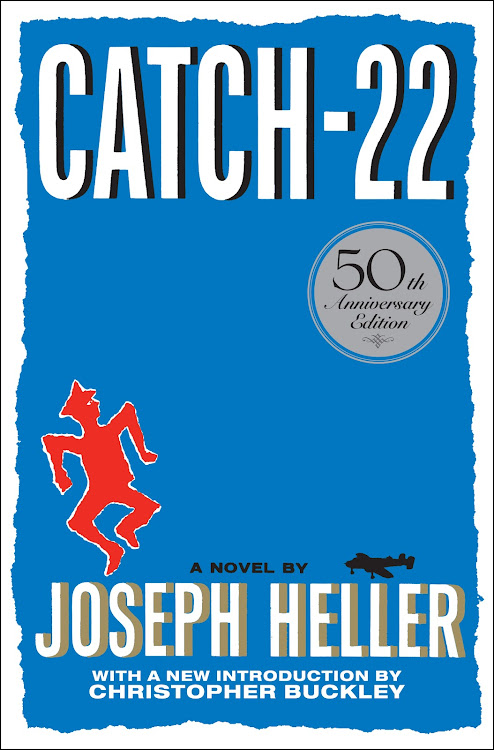 CHRIS HAMMER ON THE BOOKS THAT FORGED HIM

King Arthur and the Knights of the Round Table. It was a condensed version for children, not the original retelling of the Arthurian legends by Thomas Malory, that I read when I was about eight or nine. It was a chapter book and I liked it because it was full of tales of derring-do and had a setting that invites you into a completely different world.

But what resonated with me is that by the end, it all goes awry. King Arthur is usurped by his bastard son, he’s cuckolded by his best mate, Lancelot, he dies and the world ends. It was an early lesson in how not every book has a Disney ending, which had a huge impact on me.

Catch 22 by Joseph Heller. I read this when I was at university in my early 20s. It doesn’t follow the traditional narrative structure — it doesn’t begin at the beginning and end at the end. It takes a while to understand what’s going on and it’s got this incredible dark humour about the war. It’s just a remarkable individualistic work which I think demonstrates that there isn’t one way to write a book.

Waiting for the Barbarians by JM Coetzee I read when I was in my 20s as well, so a long time ago now. It is a magical book, where the setting is almost everything. It invites you into this world that is not defined, and you don’t know where it is and you don’t know what era it is. Of course, it is a powerful book for South Africans but it has a resonance for Australians, too, because it is about colonial abuse, and it has this profound moral message, but it’s not obvious in the sense that it’s not a didactic book.

The Big Sleep by Raymond Chandler is one of the crime books I did read when I was younger, when I had no intention of being a writer, certainly not a crime writer. It’s been emulated, imitated, and parodied. These are the books that were turned into films starring Humphrey Bogart as the hard-boiled, trench coat-wearing, cigarette-smoking, revolver-toting private eye. You know that great line, “down these mean streets must walk a man who himself is not mean...”  There’s a real moral compass there in a world that appears to have lost its moral compass.

Chandler started writing them in the early 1920s and 1930s, so almost a hundred years ago, and they are still remarkable. Michael Connolly says before he starts writing a Harry Bosch book, he reads chapter 13 of The Big Sleep, where Philip Marlowe (the protagonist) is just driving around Los Angeles, and describing it. I get why Connolly does that. It’s because the language of Chandler is exceptional, that setting; you can feel the place, it’s just fantastic. 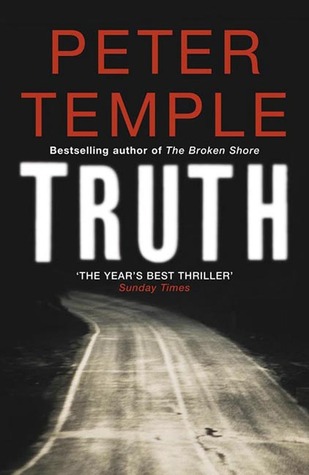 I’m a big admirer of Peter Temple, the great crime fiction writer. He was my writing teacher when I studied journalism in the 1980s, and later on he became successful, first with the Jack Irish books, but later on with The Broken Shore and Truth, which are marvellous books.

Truth won the Miles Franklin Award, and it’s a real achievement for a so-called genre book to win such a prestigious literary prize. Temple is, of course, South African and didn’t come to Australia until he was maybe in his 30s. But he understood Australian culture, that blokey sort of racing pub culture, and he picks up on the vernacular so well — maybe because he came from overseas.

So the use of language, the abbreviated, terse way that people speak is beautifully captured in his books. I think what Peter showed with his writing, and what some of the better crime fiction does, is that it’s not just about plot. It’s about setting. It’s about character. It’s about our society, and it’s often about morality. I think that’s what influenced me to try my hand at crime fiction.

Characters painted by a landscape

Ann Cleeves draws her protagonists from the settings in which they live and work.
Books
7 months ago