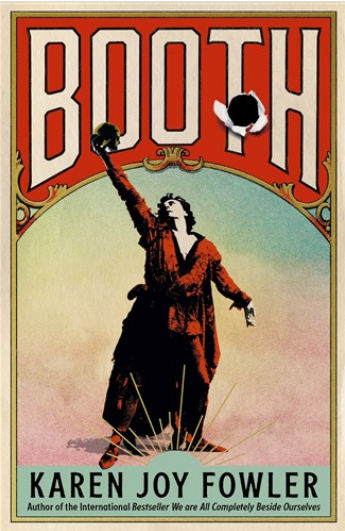 Karen Joy Fowler's dry wit lightens what could be a very dark tale, making for a compelling novel.
Image: Supplied

Karen Joy Fowler manages something difficult in this lengthy novel. By concentrating on one family, she manages to portray a whole society during a time of turmoil. The society is America in the years before and during the Civil War (1861-1865), and the family is that of the man who assassinated President Abraham Lincoln, John Wilkes Booth.

America was divided between the slave-owning southern states and the — more or less — abolitionist north. Both parts of the divide had their own fractures and factions, and the atmosphere was febrile. But Fowler sketches this background with a light hand, briefly telling parts of Lincoln’s story, and only gradually does the reader come to see how vital the context is to the thrust of the novel.

Inevitably, with an event as well-known as the assassination of Lincoln, there won’t be a big reveal. That’s not the point. What Fowler does is show the extraordinary dynamics of the Booth family.

Shakespearean actor Junius Booth came to America in 1822 with his mistress, who everyone, including his children, assumed was his wife. Junius was eccentric to the point of madness but was successful at his chosen profession until his alcoholism began to take over. While travelling the country, he left his family and their freed slaves in a remote cabin outside Baltimore where they managed to alienate most of their neighbours.

Of Junius’s 10 children, six survived into adulthood and large parts of the novel are told through their eyes. There is sad Rosalie and Edwin, who inherited his father’s talent and drinking, and beautiful, angry Asia. The others, Junius known as June, John and Joe, play smaller parts, until John tragically takes centre stage.

The family mirrors the fractures in the wider society: while some support the Union, though not to the point of fighting, others, including John, are passionate for the south. But they are still bound by familial bonds and a shared and often difficult past. The assassination and its aftermath take up only a small part of the book, but its shattering effects, like those of the Civil War, will stretch far into the future.

Fowler has a dry wit, which lightens what could be a very dark tale and makes for a compelling novel. All the time, the parallels with our contemporary world raise their heads.

Prepare for a deluge of excellent novels coming this year.
Books
5 months ago

Real truth or not, 'The Paris Bookseller' is an interesting take on the life of a real woman in fascinating times.
Books
1 month ago

Fred Khumalo is an author who continually surprises — he’s certainly not one to stick to a tried-and-tested formula. With 'Two Tons O’ Fun' he gives ...
Books
1 month ago

This week: A reimagining of a female serial killer in 19th-century US, a father-son dilemma of note, and what if witchcraft and not liquor had been ...
Books
1 month ago