Death Becomes Them: Options to ending it

Mila de Villiers chats to Lionel Shriver (in person!) about her latest book Should We Stay or Should We Go, death and Brexit 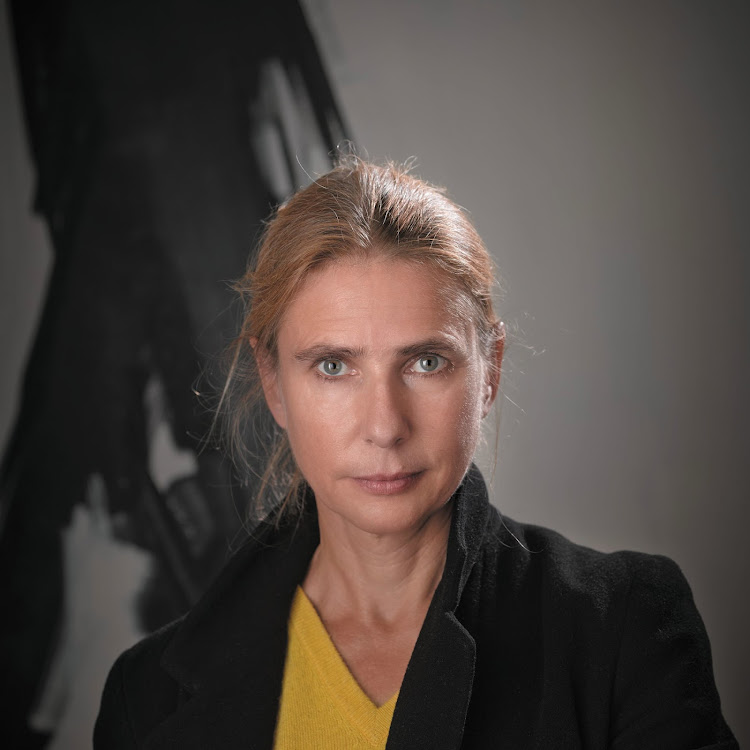 Lionel Shriver The American author and journalist's breakout novel was 'We Need to Talk About Kevin'.
Image: Supplied

Should We Stay or Should We Go ★★★★
Lionel Shriver
Harper Collins

“It is a book about life. In fact, all books about death are ultimately books about life. There is no death without life,” acclaimed American author Lionel Shriver says of the premise of her latest novel, and, well, life itself.

Shriver is seated opposite me in the lounge of her Franschhoek hotel (for yes, these are the days of Zoom no more) to discuss Should We Stay or Should We Go — a book with a potentially morbid and depressing subject matter: that of a suicide pact between elderly British couple Cyril and Kay Wilkinson.

The happily married cheery twosome who enjoy an evening tipple are in their 50s when first introduced to the reader, and Kay’s father (a sharp and cultured man) had recently died after years of suffering from Alzheimer’s. His undignified and ultimately burdensome demise (“My father sucked so much life from everybody around him by the time he passed,” Kay comments) results in the two medical professionals’ decision to commit suicide when they turn 80.

A storyline with a fairly straightforward ending, one might think.

Shriver envisions 12 alternate realities examining alternate futures for the couple: “The concept of the book was multiple parallel futures,” Shriver explains. “Multiple playing’s of what might happen.

“There was a systematic reason for that because this is what they would have to ask themselves in deciding whether or not to go through with their rather rash” — she flashes a fleeting smile — “decision. The question is ‘what would they miss out on and what would they escape?’ In some ways it’s a justification in the initial pact.”

One such future — “the most extreme example” — sees Cyril having a stroke and suffering from locked-in syndrome.

“This is exactly the kind of thing he wanted to avoid,” says Shriver of her male protagonist. (Quality of life is a concept the Wilkinsons attach immense value to).

“I thought a chapter that expressed that — however I chose to articulate it — was an important inclusion.” 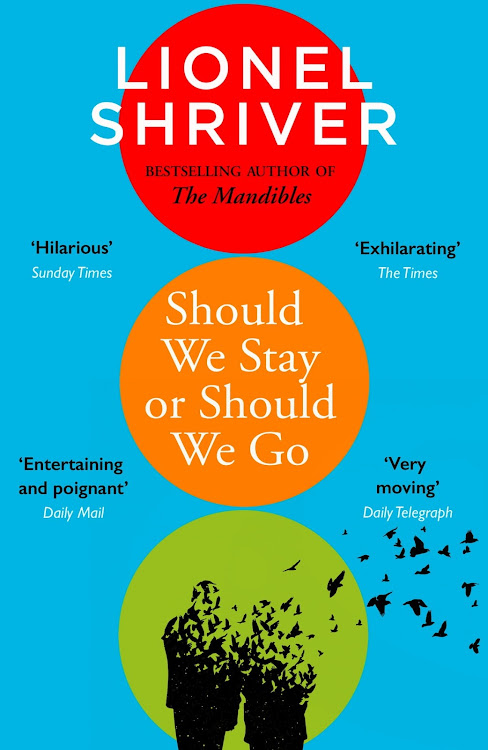 Should We Stay or Should We Go by Lionel Shriver.
Image: Supplied

Shriver also succeeds in adding a playful touch to death and ageing with the inclusion of a fairy-tale chapter. (“Which itself is something of a parody because it’s the one thing we can be sure won’t happen,” she chuckles).

The jacket of the novel describes the potentially different courses Cyril and Kay’s future might take as “parallel universes”: a description commonly reserved for sci-fi novels, I venture. Was Shriver happy with said wording?

“I’m perfectly happy with that encapsulation,” she simply responds.

“It’s a structural conceit that I think most readers are going to recognise. It was so rich, the way you can have these different futures playing off each other. I liked the idea of returning to that, though this time the perimeters were a little different.

“I gave myself permission to go back and pick up from any point in the book; to return to any point, which was in some ways more playful structurally,” she says of her decision in not ending each chapter with an identical scene illustrating the potential courses Cyril and Kay’s lives might take.

“I would describe that structure as arboreal,” she continues, citing potential continuity errors as a technical dilemma she and her copy editor had to be deeply cognisant of.

Ageing and death are inevitabilities Shriver has grappled with since her first novel (The Female of the Species, published in 1987) she tells me “because that was a protagonist who was on the cusp of turning 60. Which I thought was old,” she adds as an aside.

Following a lingering pause, Shriver adds that “we can all take different approaches to that inevitability. I prefer to think about it, and grapple with it. The other thing you can do is live in denial, or live in the present, and there’s something to be said for that,” she nods.

“And even in this book, clearly, I’m dealing with as light a touch as possible.”

Shriver describes the subject matter of Should We Stay or Should We Go as “intrinsically heavy”.

She cites the structural approach she took to envisioning different futures for Cyril and Kay (which include “the characters experiencing terrible fates”), as making the novel “less of a trial for the reader.”

“You turn the page, and they’re back again! It makes it less emotional. All of those endings are penultimate, really,” she cogitates. “They’re not endings because you’re going to get another one.”

Mortality aside, the novel includes the universal reality of the pandemic, with Kay and Cyril’s multiple futures impeded by Covid-19. (Unable to spend time with their three children, being denied the psychologically uplifting act of daily strolls, prohibited from spending their last days wining and dining with friends).

Shriver wasn’t intentional on including the pandemic when she started the novel on Boxing Day 2019: a pivotal date for that’s the day that Kay turns 80, “which is when they’re supposed to do the deed”, adding that she wanted to make the novel as contemporary as possible, including the original date the UK was set to leave the EU.

“I thought that had a nice ‘should we stay or should we go?’ feel to it, which is just kinda playful. Like the whole book!”

“I just figured, ‘Well it’s only three months from now. What could happen?”’ *cue paradoxical laughter*

“I was well into the book when the pandemic hit, we were in lockdown and that changed the context entirely,” she says. “I could have just changed the year and dialled it back to 2019, but I thought it was more interesting to include the pandemic. It required a little rewriting because it’s such a flexible concept. That’s the conceit of the whole novel: that it’s historically realistic and correct up until that date.”

One assumes the double entendre of the title — Cyril and Kay potentially questioning their resolution to see their pact through and that of Brexit — would necessitate a question mark. Why the omission?

“I considered the matter,” she eventually responds.

“I think the question mark would make it seem more nonfiction-y. Also, The Clash did not raise their voice in the end of the line. It’s not posed, orally, as a question,” she says imitating the descending cadence of the British punk rock band’s 1982 hit Should I Stay or Should I Go. “The question mark was contrary to the allusion.”

“And it looked better,” she forthrightly states. “Typographically, it looks a little more sophisticated. I can’t even tell you why. It just does.”

Having lived in the UK for more than 30 years, I’m interested in Shriver’s stance on Brexit.

“I supported Brexit. That really marked me as a nut, in the literary community,” she says. “I don’t know any other fiction writer who supported Brexit, which is a little weird.

“I don’t want to pretend that it was a merely reactionary decision. I developed a certain hostility towards the EU over the years: They’re heavy-handed and self-righteous, organisationally undemocratic, anti-democratic,” she assuredly lists.

“I really disliked the way more than one referendum decision was overwritten or the electorate was forced to do it again until they gave the right answer. That’s creepy,” she concludes.

Other than the political systems Shriver-the-expat has adopted, Should We Stay or Should We Go includes a number of quintessentially British phrases, including “berk”, “git”, and “telly”.

Has any South Africanism caught her ear?

She responds in the negative: she hasn’t spent enough time in SA (it’s her second visit) to come across a specific word or term unique to the country.

*cue our rather dismal attempts to sufficiently explain this enigmatic phrase*

Francis Fukuyama's latest book is a dynamic contribution to the debate on how we can move forward as a liberal, democratic society
Books
1 month ago

This week we feature a delightful book about love, cooking and chemistry; a vampire novel with a difference - and too much Facebooking; plus a ...
Books
1 month ago