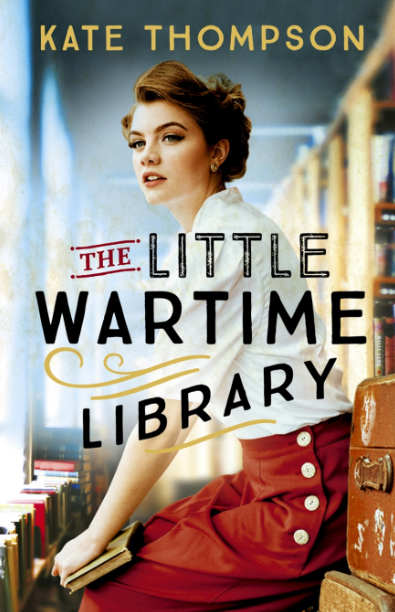 'The Little Wartime Library' is a predictable but reassuring read.
Image: Supplied

It may be something to do with the pandemic, but books that look back at other hard times, as well as books that are, at least in part, about books and reading are taking a big slice of the current market. Reading had a welcome boost when people were stuck at home, and it was perhaps comforting to be reminded we are not the first to face major difficulties. Kate Thompson’s The Little Wartime Library is part of this genre.

Thompson has based her novel on true events, specifically the use of the partially built Bethnal Green tube station in London as a shelter during the Blitz in World War 2. It became a busy underground village, offering more than just a place to sleep. There was a clinic, a theatre and, of course, a library. It was also the scene of one of the worst civilian tragedies of the war.

The novel takes these facts and builds a story around them, focusing on the two women who run the library — former children’s librarian Clara Button who was widowed early in the war and who is in charge, and feisty Ruby Munroe, her assistant. They have to face problems, both personal and in struggling to keep the library going and working in the way they envisage in the face of opposition and the ongoing war, and they are surrounded by a cast of characters from the Bethnal Green community. One of the strongest themes in The Little Wartime Library is the importance of reading and libraries, for both children and adults, and no-one with a love of books is going to argue with that.

Thompson’s writing is plain, to the point of being pedestrian, but she does keep her plot moving briskly. There is tragedy, but the author understands her market and brings the strands she has created to a satisfactory and heartwarming conclusion, even if it is all a little too neat. The novel is predictable, but as a reassuring read in difficult times, it ticks the boxes.

This week we feature a mystery that echoes Agatha Christie's 'And Then There Were None', a psychological thriller of a writer's woe set in 1960s ...
Books
2 weeks ago

Karen Joy Fowler manages something difficult in this lengthy novel. By concentrating on one family, she manages to portray a whole society during a ...
Books
2 months ago

Real truth or not, 'The Paris Bookseller' is an interesting take on the life of a real woman in fascinating times.
Books
2 months ago

Dr Browne thinks of himself as a good person, only to realise, too late, that he has made a terrible mistake, with serious consequences.
Books
1 week ago