Bron Sibree talks to Dervla McTiernan about her success as a thriller writer, her beloved characters and about the shortcomings of the US felony murder rule. 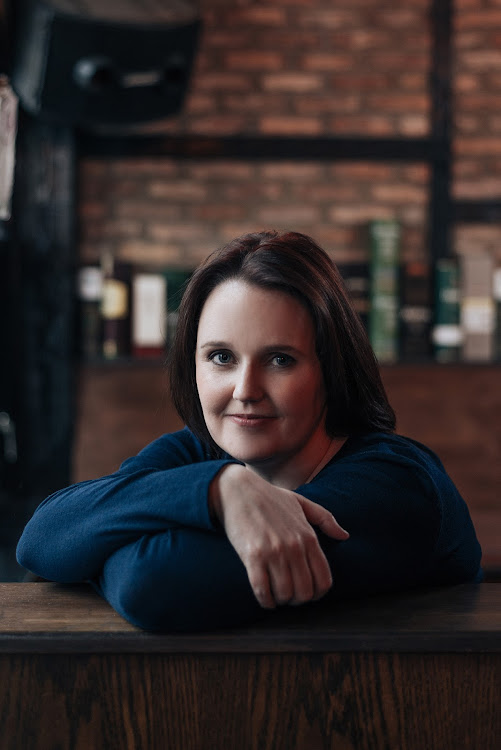 Dervla McTiernan: Her first novel, 'The Ruin', won the 2019 Davitt Award best novel, the 2019 Ned Kelly Award (Australia's leading literary awards) for the best first novel and was shortlisted for The Guardian's Not the Booker prize.
Image: Julia Dunin Photography

It's barely a decade since Dervla McTiernan abandoned her career as a lawyer in Ireland in the wake of the global financial crisis, moved to Australia and decided to take up writing. She penned her way onto international bestseller lists in 2018 with her debut crime novel, The Ruin, which introduced her Galway detective, Cormac Reilly, won her a cascade of awards and was immediately optioned for the screen. Two subsequent Reilly novels, The Scholar and One Good Turn, plus an exclusive stand-alone novella for Audible, Two Sisters, have also topped international bestseller lists. Yet McTiernan has struggled to fathom her success. It’s only with the release of her fourth novel, and fifth book, The Murder Rule, a stand-alone that has also been optioned for film, that she says, “that I’ve actually come to enjoy it a lot more”.

She particularly enjoys the relationship with her readers, many of whom have been with her since The Ruin. “It feels real and lovely because there’s nothing fake there,” says McTiernan, who believes what people respond to most in her novels is character. “I think it’s always been character, Cormac Reilly connects very strongly with people.”

But in the case of Hannah Rokeby, the lead character of The Murder Rule, says McTiernan, “it’s more complicated. Depending on who you are and where you are in your life, you respond to her differently, which is understandable because I wrote her in that way deliberately.”

Indeed, Hannah, a young legal student in Maine who bluffs and lies her way into the University of Virginia’s Innocence Project as a volunteer, is one of the most complex yet oddly engrossing characters that McTiernan has created. Even more complex and compelling than Hannah is the plot which hinges in part on her as well as on the Innocence Project, which seeks exoneration for wrongly convicted people. And, as its title suggests, it also illuminates the shortcomings of the felony murder rule, known as the murder rule. McTiernan reels off chilling examples of this law, which expands the definition of murder so that in some cases involving a felony, even those who weren't present when the death occurred are held responsible.

“The law has resulted in situations where people who did not pull the trigger going to prison for longer than the person who pulled the trigger. That is just the way the law works sometimes,” she says. “The law is an ass.” 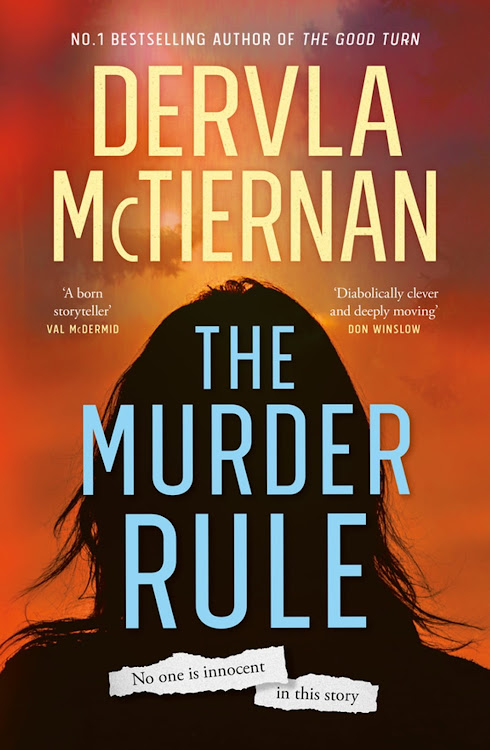 The murder rule is not unique to the US, she says. “But even inside the US, it is interpreted differently depending on which state you’re in. In some states the law can be quite sensible; some states it’s crazy. It worked for the book’s title because it was something I could play with as a name, but also because it speaks to this question of responsibility. Who is responsible? When are we responsible? When does that responsibility begin and end?”

For McTiernan, an idea or question she wants to interrogate is central to her writing. Inklings of these were seeded in her consciousness years ago when she read in the Irish press of a young Irish law student who had volunteered on the Innocence Project one summer in the US, and had uncovered evidence that exonerated a man who had been in prison for more than 20 years.

“I was blown away by what she’d been able to achieve,” recounts McTiernan, who saw parallels in her experience as a young law student summering in the US. “It was an amazing story but I didn’t feel any need to write anything about it. Yet I couldn’t kick it out of my head.”

So much so, she investigated further and discovered it had been five years after the student had uncovered the hidden evidence before the matter had gone to trial, and the innocent man had by then served most of his term — facts that had not been reported. Was it the media or the Innocence Project that had neglected to report this darker element, she wondered.

“And if they had,” she says, “would I blame them for it? And I decided I wouldn’t because they're trying to do something incredibly important in a world that doesn’t care any more. It’s difficult to get people to care, so would you take a little step off that perfect black and white path to be effective? Once I started thinking like that I felt, ‘OK, I have something I want to write about now'. That’s when it took off for me as a story.”

Disarmingly honest in conversation, McTiernan is passionate about her writing life in Australia. “I would like to write my whole life, because I love to write,” she says. Yet of her former career as a lawyer in Ireland, where she’d built up a successful practise in Galway, she reveals: “I didn’t have the great joy in the successes that I should have had. Then the economic crisis hit and it was brutally bad in Ireland. It’s hard for people to understand how bad things got.”

Amid the pressure of an avalanche of unpaid bills, and the suicides of friends and clients, she closed her practise — which took a year — she and her engineer husband sought a fresh start in Perth. She took a quasi-legal job, began writing at night, and has not looked back. She feels at home and unconstrained in the crime genre, and says: “As human beings we are drawn to story, to narrative. And crime fiction gives us stakes that matter. It gives us action and agency in a way that literary fiction doesn’t.” 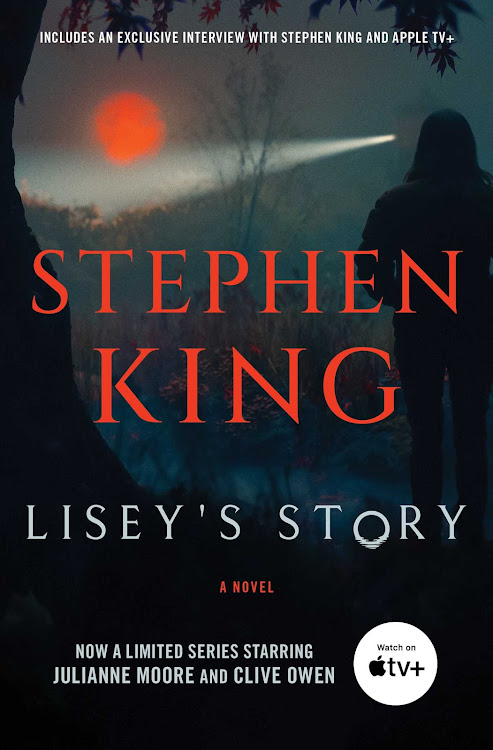 McTIERNAN ON THE BOOKS THAT INFLUENCED HER

Lisey’s Story by Stephen King is really a love story about a long marriage and is told from the point of view of a woman whose husband has just died. I read it when it came out in 2006, and cried my way through it. When I read something that moves me, it lights me up; it reminds me that that can be done. And it is so good. It’s beautifully written and there’s this private language between the married partners, and Stephen King indulges that. There are elements of it that do go quite dark, but it’s also beautiful.

In The Woods by Tana French is a story that in many ways wasn’t new, but the brilliance of the writing made it fresh. I remember being knocked off my feet by the writing when it came out in 2007. This was a debut novel, but the confidence of French as a writer from the first pages was evident, and you get that feeling when you’re in the hands of a really, really good writer that they know what they’re doing. So you switch off that editor in your head and go along for the ride. 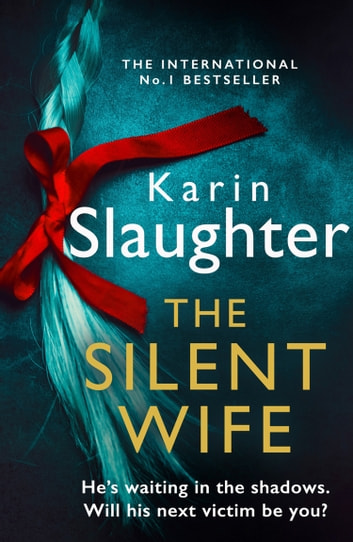 I remember reading the first chapter of The Silent Wife by Karin Slaughter and she had this little boom moment, one of those where you’re reading and you go, 'Oh, I wasn’t expecting that', and you’re immediately in. Writers who achieve that in the first chapter, that’s an accomplishment, and you sit back and give a silent round of applause. But Slaughter is not satisfied with doing that once. Four or five times in the first few chapters she took me by surprise. Very few writers can do that. Almost nobody can do that. That takes somebody like Slaughter, who is extraordinarily talented but also has an incredible work ethic. There are very few writers who have achieved her level of success who keep working that hard. I found that inspiring because it reminds you how much better you can be as a writer.

On Writing by Stephen King. He is a genius, and this is a fabulous book for many reasons. It’s almost a memoir where he talks about his growth as a writer, but it’s the nuts and bolts stuff that I found particularly interesting . There’s a chapter where he lays out his first draft and then shows the handwritten edits over it in the second draft. I had never seen that done — no-one shows you that stuff; how writers actually make their writing better. It was the first time I had this inkling that, 'Oh hang on, this is a craft. You can actually learn and improve, it’s not just some God-given inborn talent that some people have.' I began to understand that writers were just ordinary people who work hard and get better. And King was the person to show me that. 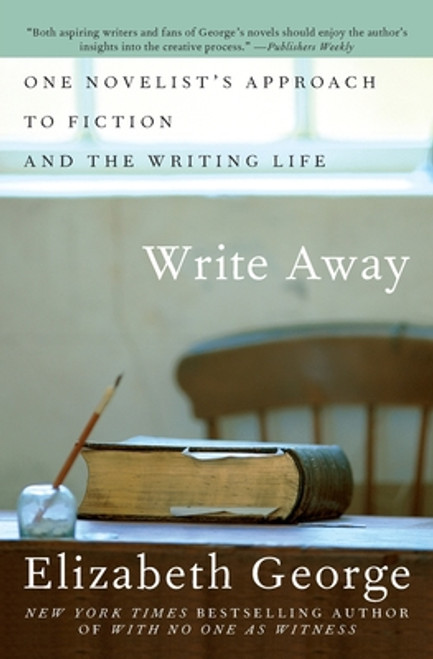 The first time I read Write Away by Elizabeth George I thought this is nuts, I will never do this, and I closed it and put it away. First of all, it skips around a bit, and second, it’s incredibly detailed in terms of the prep work she does before she starts a book. It’s so much work in terms of building her characters, her settings, how she goes about outlining.  I thought this is crazy, at some point you’ve got to write the book, I’ll never do this. But what I’ve found over the years is I do adopt more and more of it. And I believe, for me as a writer, that the more work I put in upfront, the stronger my writing is.  I always look back at Write Away when I’m starting a novel. I don’t follow everything in it, but I do take inspiration from it.

Bron Sibree talks to Amitav Ghosh about nutmeg and how it illuminates the story of colonialism, capitalism and the modern geopolitical order.
Books
5 months ago

Characters painted by a landscape

Ann Cleeves draws her protagonists from the settings in which they live and work.
Books
10 months ago

Writing against the tide

Booker Prize-winning author George Saunders was generous, open and honest when he chatted to Bron Sibree about his new book, 'A Swim in a Pond in the ...
Books
1 year ago