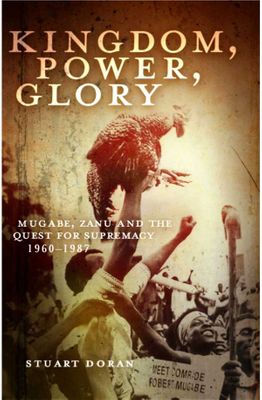 After months of extensive reading, careful evaluation and fierce deliberation it is finally time to reveal the shortlists for South Africa’s most prestigious book awards, the Alan Paton Award for non-fiction and the Barry Ronge Fiction Prize, in association with Porcupine Ridge. The winners, who will each receive R100,000, will be announced on Saturday June 23.

Chair of judges Sylvia Vollenhoven comments: “When nations sink into division and despair creativity points to a way forward. The collective power and style of the five authors (three of them women) on this year’s shortlist represent the finest artistic vision for the future. Literary flair is coupled with excellent research that takes us into places we need to visit. Exploring recent history a remarkable opus dissects Zimbabwe like no other, the man who founded the ANC is honoured in all his complexity and we get to know exactly why we owe the former Public Protector such a huge debt of gratitude. Balancing the political with the personal, two achingly beautiful memoirs give us deep insight into the family terrain where all our horrors and delights originate.”

The judges voted quickly and unanimously to shortlist this massive book. It is an exhaustive, meticulously detailed history of Zimbabwe’s formative years that draws on previously classified information and throws new light on such events as the Gukurahundi massacres. One judge called it: “Monumentally researched, monumentally annotated and evidenced, and monumentally impressive.”

The biography of the former public prosecutor reminds us of the enormous impact she made during her seven years of tenure. Gqubule reveals details of Madonsela’s life, as well as her investigations, findings and their consequences, in what one judge described as “an energetic, passionate whirl of words.”

The judges regarded Msimang’s memoir to be one of the best entries in terms of style. It charts her way from childhood through multiple identities and roles, beginning with her early years in exile in Zambia and Kenya, young adulthood and college years in North America, and returning to South Africa in the 1990s.

The panel hailed this biography as an important part of Afrocentric history, an even-handed and scholarly study of a complex man and the conflicting and fluctuating strains of Pan Africanism and Zulu chauvinism. Seme was just 30 when he founded the organisation, but he eventually brought it to its knees.

Shunned by her paternal family while growing up, journalist Thuli Nhlapo embarked on a painful journey to find her “true” identity. The judges were moved by its brutal honesty, finding in her story the roots of so much of the nation’s dysfunction, “a smaller story illuminating a greater picture.”

Judging chair Africa Melane says: “The authors on this list help us search for truth, which is often unsettling and uncomfortable. There are stories of love and loss, of lives not yet lived and those long forgotten. Our history narrates heartbreak and pain, and we learn how to carry our past in our souls. The pulsating veins of our cities are laid bare through deeply personal accounts and there is a fearlessness in addressing controversial issues. The works are thought-provoking, unflinching and disturbing at times, but very compelling. Every read has been immensely rewarding.”

Set in the Cape of Good Hope in 1782, and drawing on Case’s own family history, the story traces the relationship between a wealthy Dutch settler and his young slave. The judges admired the fluent writing and vivid sense of place.

Kalmer probes the lives of a handful of disparate characters including the exiled, those returning from exile, and those who never left, casting back a hundred years and bringing the narrative right up to date. This richly faceted portrait of Jozi was applauded for its originality and finely observed writing.

Described as “intense, intelligent and accomplished”, Naudé’s unsettling novel is set in London and Berlin in the 80s and centres on a young man, Etienne, who has fled conscription in South Africa. It is an intense love story as well as a quiet exploration of film, architecture, music and art.

Rampolokeng’s third novel is a stark portrait of a Groot Marico township two decades into South Africa’s democracy. Innovative and violently sensory, one judge noted that he “brandishes his scatting be-bop voice like a fearsome weapon” as he renders the resilience of people marked by apartheid.

Based on the true story of a young woman who was raped and left for dead in a concentration camp during the Anglo-Boer War. She manages to recover and dedicates her life to healing trauma, but in the process comes face-to-face with her attacker. “An inspiring character and a deeply skilful, atmospheric story,” noted the panellists.

The Guardian has supplemented their interactive timeline of Africa’s modern political history with a list of books that they think best tell the ...
Books
2 years ago

Apartheid, religion, homosexuality, Mandela The Sellout, politics of the newsroom, corruption in the UDF – Rehana Rossouw and Heather Robertson ...
Books
2 years ago