I recently interviewed writer Jolyon Nuttall, who is also my father-in-law, on what sparked the revival in his writings that has led to the publication of by Jacana Media. Here is what he told me

MBEMBE:  Your earlier self-published books did not use any clearly identifiable literary form, different as they were from each other.

The first was a collection of flyfishing articles drawn from a monthly column you used to write in a flyfishing magazine and which you named after the column, Hooked on Rivers. You were so well known in that field that it sold out after two editions and is now a collector’s item.

The second book in a completely different vein was drawn from your father’s diaries kept over 50 years and you called it A Literary Friendship, based on his lifelong relationship with Alan Paton.

The collection of essays you have called Vintage Love, just published by Jacana Media, adopts a literary form you have not used before. Why is that? 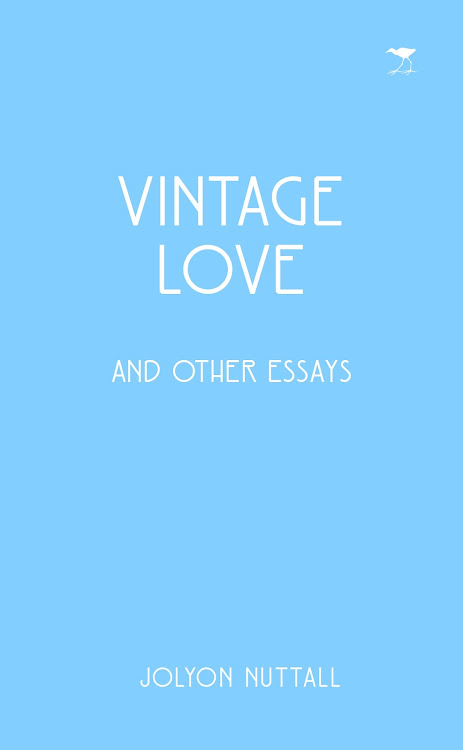 NUTTALL: It happened purely through circumstance. My daughter, Sarah Nuttall, was awarded a four-month fellowship early in 2016 to study at Harvard. She invited me to join the family for part of the time and perhaps do some tutoring of her two children. I jumped at the chance, purely at the prospect of  re-visiting Harvard. We rented a wonderful old three-storey home in Watertown from where we could catch a bus straight into Harvard Square. I certainly didn’t intend to spend my two months searching for a new literary form.

A friend from Cape Town asked me to get a book for him from the Harvard Book Store (he is always doing that kind of thing to me). The staff said they would order a copy from New York. Three days later I went in from the biting cold and snow outside to collect it. It was on that occasion that I stayed and wandered down an aisle marked “Essays and Non-Fiction Literature”. At the end of the book-lined aisle was a little bankie and, from then on I became a regular visitor, plucking book after book of essays from the shelves and devouring them while sitting on the bankie.

MBEMBE: But why that particular aisle when the Harvard Book Store has so many other riches?

NUTTALL: As a matter of interest, in tutoring my grandchildren, we were studying Animal Farm, a well-known satire by George Orwell, based on the Russian Revolution and how it was taken over by Stalin (the bad pig). The children knew the names of all the animals on the farm and they could chant the slogan “All animals shall be equal” and its chilling codicil “but some shall be more equal than others.” That book was not on the shelves in that aisle and neither was 1984: both were works of fiction, his only two. Here Orwell was represented by his remarkable essays.

Dipping into all those books of essays changed my thinking dramatically. It was almost as if I was undergoing a form of re-education about how to accommodate what I wanted to say in a different ‘medium.’ I can’t tell you how  extraordinary it was for me to recognise that here in the essay – so much a part of the English literary tradition going back to the seventeenth century – lay what was virtually a different way of recording what was suddenly trying to tumble out of me.

The impact of George Orwell's writings on me was astonishing."

But, more than that, the impact of George Orwell’s writings on me - he lived a short life: born in India in 1903, he died in England in 1950  and Orwell wasn’t even his real name: he took the pseudonym from a beautiful river in East Anglia - was astonishing. His approach was so honest, so direct, so specific, episode by episode, I was there, I saw it happen, it happened to me, so lacking in any pomp or puffery, that he became my model essayist in any writing I would try to do on my return to South Africa.

MBEMBE: So when did you start to implement this newfound literary form?

NUTTALL: Not long after I returned from Harvard, I tried it out. It is there for all to see in the very first essay in the book, called Can You Cook? I don’t believe I could ever have written that story in any of the other traditional forms of writing available to me and, in particular, not in auto-biography. Perhaps in so-called memoirs. It was the episodic nature of the essay that enabled me to accommodate it and instantly move on. Can you Cook? is based on an incident that happened six years ago when my wife died.

MBEMBE:  The next essay, Life in Poufcastle, plunges back 74 years in your memory ..

NUTTALL: It goes on to provide the setting, in the next essay, for my first encounter, when I was ten, with Alan Paton. It tries to tell you things you didn’t know about him.

After that, I move on to the boarding routine, as manifested by the trudge to church on Sundays - what a farce that made of the wide number of religious denominations we few school boarders were dissected into – and then I dive into the infatuations of a fifteen-year-old as he discovers Calf Love: what ecstasy, what pain!

MBEMBE: Did all the remaining essays flow in their own sequence after that?

NUTTALL: As the collection built, I grew increasingly confident in the literary form I was using. I simply had to write at some length about that blazing talent of Lewis Nkosi who spent a summer with me in Greenwich Village in 1961. I was spending a full year in New York and met Lewis when I visited friends at Harvard  He had been awarded the coveted Nieman Fellowship to  study there but had been obliged to take an exit permit from the South African authorities in order to take it up. At our very first encounter, I invited this prodigiously talented young journalist from Drum and Golden City Press to spend time with me during his summer break. The first thing he did on arrival in Greenwich Village was to pinch my girlfriend but I soon forgave when he pitched up rather contrite without her.

MBEMBE: You had enormous fun with Nkosi …

NUTTALL: He arrived at my apartment one evening and insisted I come and listen to a wonderful singer he had discovered in the Village. As we set off, I pointed out he was not wearing any shoes. “That’s OK,” he said, “no-one will notice. I’ve got black feet.”

All the time he was gabbling on about the novel he was writing, the play, the autobiography, a short story he had been asked to submit, while I plodded on with a novel which seemed never-ending and indeed ended up that way.

MBEMBE: So what happened to that prodigious talent?

NUTTALL: It withered, and my essay attempts to explain why I think that happened.

MBEMBE: Did you hit any walls as you proceeded?

NUTTALL: I can’t say I did, I hated having to write The Sinister Eighties about the dying decade of the apartheid government but I had such fun with essays like On Boiling an Egg, a typical example of nineteenth century essays in name, Lunch at the Blaasbalk, Rabbit Comes for Christmas, and Greyton Passeggiata. Living Alone recorded the tough journey I experienced after my wife Jean’s death in 2013 before emerging into the real world.

The Afterword will come, I hope, as a lovely surprise but I am not saying anything more than that.