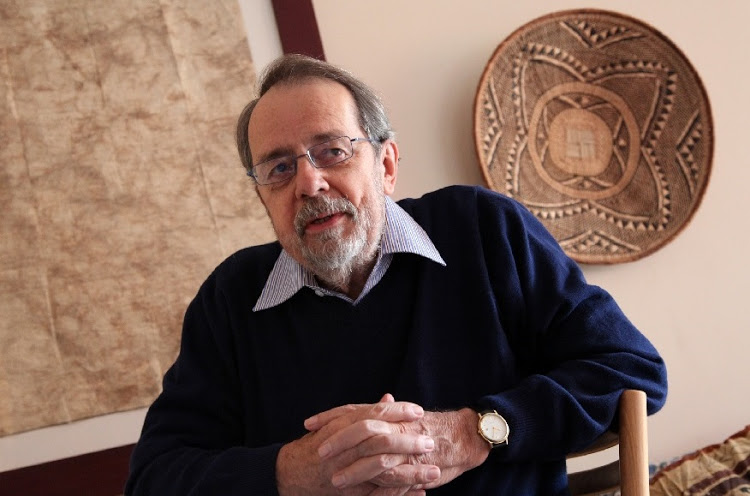 Acclaimed author, anti-apartheid activist and journalist Hugh Lewin has passed away aged 79 at his home in Killarney, Johannesburg on Wednesday.

Lewin received the Alan Paton Award in 2012 for his exceptional struggle memoir, Stones Against the Mirror.

The chair of the 2012 Alan Paton judging panel, Prishani Naidoo, remarked that Stones Against the Mirror was “not a story of reconciliation, it speaks in very moving ways to the truth of the character of experiences of friendship, politics and life in apartheid South Africa".

Lewin was found guilty of sabotage in 1964 for which he was jailed for seven years.

He spent 10 years in exile in London after being released from prison in 1971, followed by 10 years in Zimbabwe.

Upon his return to South Africa, Lewin was appointed as the director for the Advancement of Journalism in Johannesburg and served as a member of the Truth and Reconciliation Commission committee on human rights violations in Gauteng.

Lewin received the 2003 Olive Schreiner prize for his prison memoir, Bandiet out of Jail, an account of his imprisonment in a Pretoria jail.

Bandiet out of Jail chronicles the experience of incarceration of both him and his fellow inmates and was written in secret on the pages of his Bible.

The tributes paid to this remarkable South African attests to the impact he had on our country's past and present:

Hugh Lewin, a great South African has passed. Political activist, prisoner and writer. If you haven’t yet read his books please honour him by doing so. pic.twitter.com/mziVBIYdJe

A great media man, Hugh Lewin has left us. I knew him as director of @iaj_za then committed passionate media trainer, activist & friend. He fought for democracy then carried on fighting to build it, witty charming & super sharp @MediaMattersZA honours his memory. RIP dear Hugh.

Hugh Lewin laid down his pen, his poetry and his big heart this week. To rest. He taught many of us about development, democracy and journalism. And where they intersected. And where they didn’t. RIP Bandiet. ❤️🙏🏾💕