Consisting of 33 poems and featuring poets from across the continent and diaspora, 20.35's contribution to African poetry is invaluable

After a period of intensive work, we at 20.35 Africa announce the publication of the first issue of our annual poetry anthology with delight. 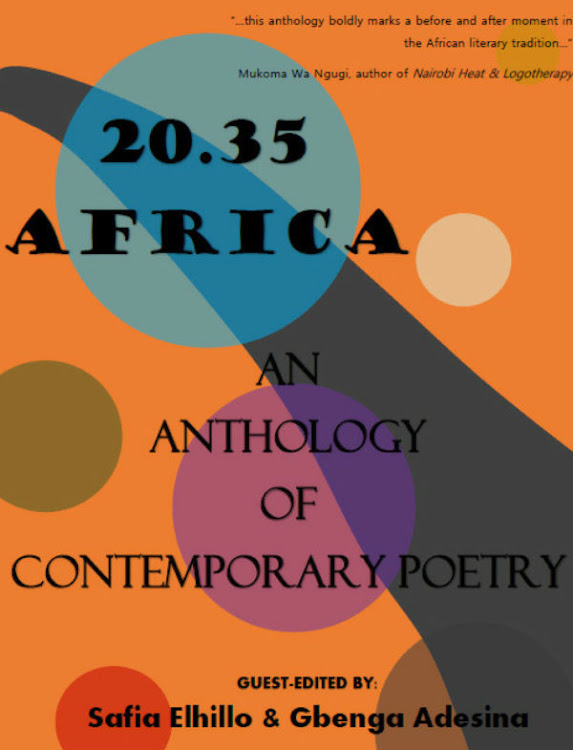 20.35 Africa: An Anthology of Contemporary Poetry, first published on Brittle Paper in November 2018, started in late 2016 in an effort to create yet another platform for young African poets and to sponsor accessible readership for free among Africans.

We had come up with a plan to compile a new kind of collection, in that we wanted a number of poems from contemporary Africans between the ages of 20 and 35 years, including poets well known in the scene and those not widely known.

For the hungered reader, we wanted to provide a sampling of quality, a starting point from which one could move off into a personal exploration of the reinvigorated poetic voices speaking across the continent and in diaspora.

Therefore, this first issue includes 33 poems each by a different poet resident on the continent or in diaspora.

Each poem is a testimony speaking in its own right to issues common to most young people of African descent.

Whether they are personal or political, affecting a troubled mind characteristic of the psyche of our generation or given to ascetism, in the business of love or indifferent to it, experimental or traditional, each of the poems have in common an attention to poetry as a form of art. We had paid attention to artistic quality in selecting only a few from the over 400 submissions we received.

Both made the final selection of the poems which are contained in the anthology and decided the structural organization which the poems follow. It was a pleasant experience working with both poets in the production of this anthology.

The 20.35 Africa team is a five-man group of four poets and one visual artist-writer. Despite having sufficient experience from other projects of this nature, compiling this anthology was also an opportunity for us to learn new lessons.

The biggest chunk of my gratitude is for Laura Kaminski, Managing Editor at Praxis Magazine Online, who was unreserved with her knowledge in assisting us through the foundational stage of this project. There is also Wale Owoade, Founding Editor at Expound, as amicable as he was helpful in the best of his ability.

It is an honor to have Hope Wabuke, Matthew Shenoda, and Mukoma wa Ngugi say true words about this anthology. I also appreciate the people at Frontier Poetry, Commonwealth Writers Foundation, Praxis Magazine, and Enkare for publishing our call for submissions.

Compiling this anthology had demanded so much from those who were involved in it. However, the result speaks for the effort which was invested in the production: today we are putting forward a collection of works whose quality we strongly recommend to all.

20.35 Africa: An Anthology of Contemporary Poetry isn’t just an emerging collection, it is an ambitious project, looking forward to creating new visions in contemporary African poetry.

Article provided by Ebenezer Agu, founder and editor-in-chief of 20.35 Africa.