"The relatable content issue didn’t exactly inspire me to write a book, it inspired how I wrote it and who I wrote it for and about" 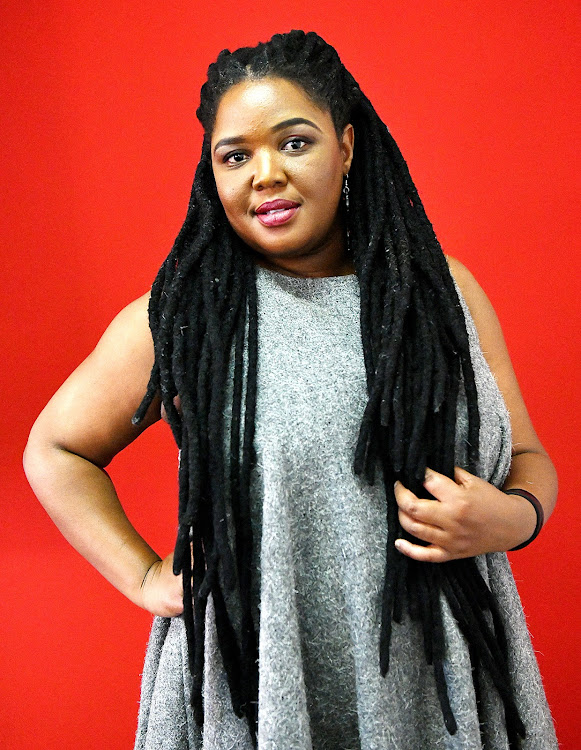 You started by writing a book on a whim and publishing it yourself; now the big book stores are approaching you. That’s surely some sort of fairytale! It must have had some difficult moments, though. What advice can you give to anyone wanting to try something similar?

Self-publishing is testing financially and physically because you have to come up with your own ways to sell your work. It took a year to have my books in a bookstore! I’d probably advise people not to try it unless they have patience and are natural hard workers.

Hlomu is a fast-paced series of love and betrayal – all the classic page turner elements – but it’s set in a South African township. Why is it important for people to see themselves and their lives represented in at least some of the stories they read?

It sounds like they are reading about themselves, so it makes people feel that their everyday lives are worth writing about. I’ve found that my books can spark conversations among strangers and that’s great. Some of my readers go as far as pulling out pictures of people whom they think perfectly fit the descriptions of characters. Some insist they are the characters and that I’m writing about them!

You’ve said that you were originally inspired to write Hlomu because of the lack of books that reflect everyday South African experiences. Do you think that environment is changing?

The relatable content issue didn’t exactly inspire me to write a book, it inspired how I wrote it and who I wrote it for and about. I do think reading culture has grown a lot in the past few years – books are now a normal part of everyday conversations.

You’re currently completing the fourth Hlomu book, which you say will also be the last. Why do you feel it’s time to wrap the series up?

Every story has to end at some point and I think four books about one family are enough. Also, I don’t want to get to a point where I’m stuck and don’t know how to take the story forward.

Your latest book, Zulu Wedding, was an interesting creative process: you wrote it as an adaptation of the successful film. How did you make sure it pleased fans of the original film, while still keeping some exciting twists to encourage readers to buy a copy?

When the owners of the film suggested the idea I agreed because I knew it was going to a challenge, and it was because the movie is a comedy and I’m a blood and murder type of writer! The fun part was that I had the freedom to expand the story, though, so I did get to kill some characters…

You’re a journalist by day. What kinds of work do you write about in that job?

I was a journalist for 14 years, nine of those years I worked as a court reporter. I covered some of the worst trials – the Ananias Mathes and Jack Mogales among others. I think maybe that’s why I can be so graphic when describing violence.

It’s one thing to have diverse cultural perspectives and lives represented in stories, but it’s another to have languages represented. What’s your policy on including different languages or expressions in books that are generally written in English?

There are things that you can’t translate into English, if you tried the sentence would be completely flat. I also don’t put a translation in brackets unless I feel it is really necessary. We’ve been reading books written in English for decades and have had to go to dictionaries to check words we don’t understand, there’s Google translate for African languages.

Do you think it will become easier to print different languages when publishers realise the SA market for buying books is broader than they thought?

I think it will take time. As much as there is a need for books in our languages it still makes business sense to publish in English because then you reach a broader market. If I had written my books in isiZulu my readership would have been limited to the Nguni tribes.

Reading and telling stories with your children is a powerful gift to them. It builds knowledge, language, imagination and school success! For more information about the Nal’ibali campaign, or to access children’s stories in a range of South African languages, visit: www.nalibali.org.