"Instead of just writing a book which is touristy, I also had to deal with real issues" 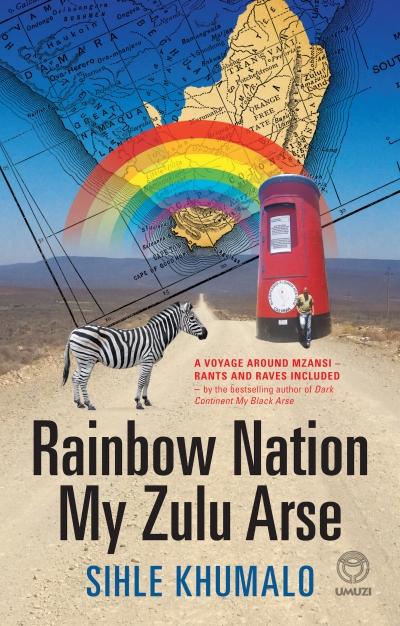 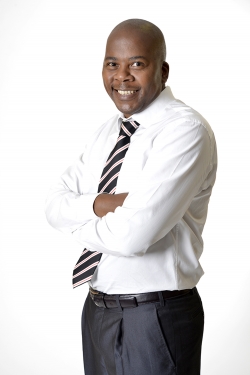 On an unusually drizzly day - for Stellenbosch in March - the renowned author Sihle Khumalo, and guest of the 2019 SU Woordfees's Writers Festival, takes a seat in the living room of his guest house to discuss his fourth travelogue, Rainbow Nation My Zulu Arse.

Unlike his previous three titles which are accounts of his intercontinental travels, Rainbow Nation My Zulu Arse saw the author traversing South Africa, with each chapter dedicated to a different province. His ultimate conclusion? The notion of 'this Rainbow Nation thingy' is, well, a mess.

Despite coming to this dismal conclusion, Khumalo manages to mix the critical with the comical.

"It was a challenge," he says in answer to how he achieved the feat of remaining funny whilst writing about pressing societal ills, "but I guess that's just how I am as a human being.

"Whenever I tackle real issues, difficult issues, I always look at the funnier side. What you're reading there is essentially Sihle in his utmost - dealing with real issues but also seeing the funny side of life."

The author's inventive use of hashtags attests to his ability to mix humour with the humourless, as seen in the following extract from chapter four, 'Mpumalanga - The Place of the Rising Sun':

The town [Graskop] stands on what was originally Abel Erasmus's farm. (Remember the pass just prior to the JG Strijdom Tunnel? Yes, it is the same dude.) I wonder how much the state paid him to set up a town on his farm? #StateCaptureIsNothingNew. #ConflictOfInterestGalore.

Khumalo laughs and explains that he's part of the 'younger generation' and that the prevalence of hashtags on social media influenced his decision to add his own.

"It's just one of those things that you see on social media, so I thought 'why not?' I include one or two hashtags." (The man's being modest. #ManyALolzHashtags.)

Khumalo singles out individuals he met during his nationwide trip, from Karel the affable waiter in Kimberley, to middle-aged Maria who collects the required R25 from those who photograph Limpopo's Big Baobab.

And yes, it is possible for a Karel and a Maria to meet and relate to one another, yet it'll "take a conscious effort" for this "Rainbow Nation ideal" to succeed, Khumalo says.

Sometimes, as South Africans, we fail dismally to just listen...

"We have to make it a conscious effort, as South Africans," Khumalo continues, clearing his throat. "We are not where we think we are as a nation."

Khumalo elaborates that the Rainbow Nation was great as a concept and as a vision but adds that we never achieved it.

"And just listen," he emphatically repeats. "Sometimes, as South Africans, we fail dismally to just listen..."

The ability to travel through the country and engaging with our fellow citizens is a luxury few can afford and those who are proffered the opportunity often tend to stick to comfort zones. Khumalo addresses this form of injustice and candidly writes about South Africa's poverty crisis.

"Instead of just writing a book which is touristy, I also had to deal with real issues," he explains.

"As someone who's travelled quite a bit, I know what travelling does to your mind ... It changes your perspective on life."

The author describes the act of travelling as physical, spiritual and mental meditation and laments the fact that those who have the means to travel don't do so.

"I suppose because they've never been exposed and that they do not know what travel could do for them and their children," he muses.

Speaking of children... Khumalo's wife (fondly referred to as The Madam) and his two young daughters accompanied him to both Pretoria and Soweto during the Gauteng leg of his journey, yet he prefers solo travelling.

"When you travel alone you have flexibility," he explains. "If I get to a place and I love it I can stay there for five hours. If I don't, I can leave within 30 minutes."

Travelling with other people also involves consulting, he continues. Group dynamics can be a schlep, especially if you have to accommodate someone's bad mood, he laughs.

He appreciates moments of silence during which "I can just think about things.

"Whereas when you're with other people, that's not going to happen. Even when you're playing music."

Surprisingly, the outgoing Khumalo describes himself as someone who prefers solitude - even when he's at home one might think he's not there, he says.

"I prefer to have my own space. It's just a weird personality thing. I'm not a social giant. Although I now and again go out!" he laughingly interjects.

Each of the nine chapters begins with a thorough, yet accessible intro to the history of the province which the chapter is dedicated to.

Khumalo explains that he studied history until standard seven. ("You can tell I'm old. I talk about standards," he grins.) Yet it was only later in life when his interest in history was piqued.

"It was a conscious effort on my side that I wasn't going to write 'just a travel book'," he relays. "I wanted to write historical accounts but it must not feel like a history book because jis, history book sometimes!" he laughs, shaking his head in disbelief.

Khumalo concurs that South Africans' lack of knowledge about each other's histories is detrimental to our social relations, stating that he decided to write the book in the hope that someone would read it and "have that conversation with friends or family members.

"We have to have that fundamental understanding of each other's history," Khumalo continues, stressing the importance of engaging with fellow South Africans.

Seeing the "'them' and 'us' kind of thing" is harmful to our society, he says. "We are one nation and we need to have that social engagement."

"Yes, there's travel but there's more than just a guy travelling from point A to point B. I do that but I also want you to have a sense of 'Well, I didn't know a few things about my very own country'. I want you to be inspired to explore South Africa."

And nope, not even the proper noun 'South Africa' is safe from Khumalo's mordant pen.

"It's just a geographical location!" he exclaims. "When it hit me, I thought 'no, man - this is just not right!' We're bad... We also have a province called North-West. C'mon! We can do better than that," he chuckles.

The architectural marvel which is a South African mall also features significantly in Rainbow Nation My Zulu Arse...

"Yoh, SA malls - we have a lot of them..." Khumalo trails off, with a grin of incredulity spreading across his face.