Daisy walks the strip as a rebel without a cause or a bra, stumbling from smoky clubs to dingy drug parties. She is talented but her creativity is stolen by the men she sleeps with. But at the age of 17, she decides: "I am not a muse. I am the somebody. End of fucking story." 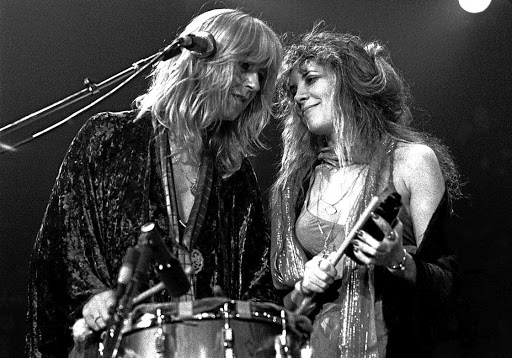 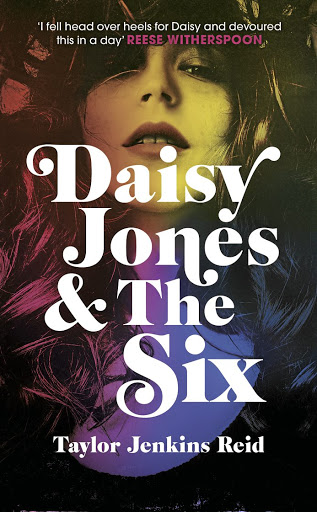 This is not a conventional book. It's a binge-worthy Netflix documentary series wrapped up in a novel. It's A Star is Born but with more realistic characters and "maybe" better music (sorry Bradley Cooper ...). Maybe, as the music is mostly all in the imagination. It's a sepia-toned nostalgic '70s fest. Characters leap fully formed off the stage in brown corduroy bell-bottoms and paisley shirts onto pages filled with a cliché that still sings - sex, drugs and rock 'n roll.

"I think the Los Angeles in the '70s on the Sunset Strip vibe is something that everybody has a feeling for," says author Taylor Jenkins Reid as we chat on the phone. She's not in LA, where she lives with her husband and two-year-old daughter, but in London on a whirlwind book tour.

Daisy Jones & The Six shot to number one on quite a few international bestseller lists. It's endorsed by Reese Witherspoon, whose book club is matched only by Oprah's when it comes to helping books become stratospheric bestsellers. But that is only part of the explanation for its success.

Jenkins Reid says it could be for a couple of reasons. "I think the '70s are coming back and we love to hear stories of women thriving during that time. It must be a confluence of these things."

The main character, Daisy Jones, is one of the women in this novel we want to see thrive. She is a poor rich girl - broken and beautiful. We first meet her when she is 14 years old and living in Hollywood Hills. Her father, an artist, and her mother, a model, barely acknowledge her existence. Daisy walks the strip as a rebel without a cause or a bra, stumbling from smoky clubs to dingy drug parties. She is talented but her creativity is stolen by the men she sleeps with. But at the age of 17, she decides: "I am not a muse. I am the somebody. End of fucking story."

"It was very important to me that she was someone that could not be quieted," says Jenkins Reid. "I knew she needed to be glamorous and larger than life and to have a pull. She is also desperate, hungry to be loved, to be seen for who she is and valued for what she has to say."

Daisy meets her match in Billy Dunn, the brooding, sexy, lead singer of The Six. She joins his band and because of their chemistry in creating songs and their magnetism on stage, they have international success with the genre-bending album "Aurora". But the band breaks up at the height of their stardom after only two albums.

If the story sounds familiar, it is. Jenkins Reid did her research, becoming engrossed with the '70s music scene. "I really really really loved Fleetwood Mac and I wanted to tell a story that evoked the feeling of them, without having to tell their story in particular. That led me to immersing myself in '70s rock that did become obsessive.

"I think about that period and it's a blur of reading about Springsteen, listening to Tom Petty, and watching documentaries about The Eagles.

"It was a fun time and one which I really threw myself in to."

The story unfolds in a series of interviews conducted with the stars of the fictional supergroup and those orbiting them - producers, label execs, journalists, friends and family. It's a refreshing format: pure dialogue, like a behind-the-scenes music feature. Jenkins Reid says she could not have written the book any other way.

"It came fully baked as an oral history of a '70s rock band. The two were intertwined because when I read recordings about bands they're often told as an oral history. When I looked at the first page, I realised I had no template. It took me quite a while to find my rhythm. Hopefully you start getting lost in the chorus of voices."

The reader quickly does. The format slowly becomes less and less obvious until it dissolves into the background as the mystery of why the band broke up takes over. The band becomes real. Their ups and downs, mistakes, affairs. It's a soap opera with edge. The characters stay long with the reader after the book is closed - even for Jenkins Reid.

"I set out to create my own band and at first it seemed so foreign to me. Now I look back and they couldn't be anyone else. I see them all so clearly and I feel like I know them, which always makes me sound vaguely crazy."

Jenkins Reid has indeed created the band, even writing the lyrics for "Aurora", which can be found at the end of the book. Soon, readers will be able to not only read the lyrics but watch them being performed as Reese Witherspoon is developing a 13-episode TV show with Amazon.

"I make up a fake band and you read the book. You can't google and watch their videos, but then the TV show will create this new band and you will be able to google them and see them perform.

"But it will all still be fiction. Crazy." @Jenniferdplatt