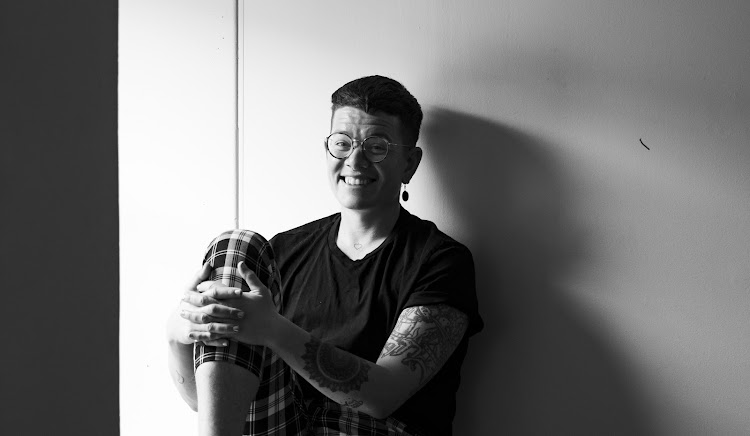 Congratulations on the book! Transgender Refugees and the Imagined South Africa is the first in-depth study of the lives of South Africa’s transgender refugees and asylum seekers. Can you tell us a little about the project?

The book considers how transgender people in South Africa - who, I want to stress, have always existed - begin to use a particular language to define their expressions of gender and how this filters (or not) into a framework of refugee rights.

You've used the broad term 'gender refugees' to describe the people you've worked with in compiling this research. Many LGBTI people flee countries with oppressive laws surrounding sexual discrimination, but why is it useful - and important - to recognise additional distinctions?

Including transgender people within a broad group obscures their very specific experiences of persecution and their needs when seeking asylum. Trans people remain very visible within asylum systems. An LGBTI person might be able to speak to an official, explain that they are gay and walk out of that interview without anyone around them knowing on what grounds they have claimed refugee status.

Yet transgender people often cannot afford the luxury of invisibility.

Then there are a myriad other particular issues. Take for instance refugee documents: do they show the sex/gender a trans person expresses and explains as theirs or do they duplicate those from the country of origin? A trans woman carrying around documents saying she is male runs a very high risk of being accused of fraud should she be stopped. Most often, in that instance, she will be arrested and held in the cell her documents state – so an all-male cell – while the validity of documents is checked.

These are experiences that just really happen to those claiming asylum due to persecution on the basis of sexuality and so I use ‘gender refugees’ to bring that nuance to the fore.

I was really struck by something you said in a talk at Open Book Festival last year about how trans or non-binary people today don't have ancestors to look to – this is really the first generation who, in some cases, feel safe enough to be visible in their identities. How much more important, then, to make sure people's experiences are documented, to be the generation who leaves these stories behind for others who follow?

Transgender is just a word to help us find each other. It’s an adjective describing how we came into our womanhood, our manhood or gender non-conformity (the counter balance being cis for those who identify with the gender assigned at birth). I think for so many of us, for so many trans people in all our beautiful variation, it has been really important seeing the handful of trans elders we have in South Africa and indeed on this continent to know that we have a lineage.

So often trans people get accused of not being ‘real’ or suffering from some sort of mental illness or disorder when in reality we have always been an expression of the diversity of humanity since the dawn of time. If we struggle with psycho-social issues it’s because we have had to endure environments that for generations have not made room for us or even imagined our existence. Recording that is critical as a marker that we are and have been but also as a way for us to map ourselves and see the variance and difference within our community.

Our stories are also a marker that some of us survived and I think that’s one of the most critical elements: that we have found ways to live and endure and maybe sometimes even thrive.

For your work, you must have encountered many language gaps – not just in terms of country of origin, but that often there might not be words for experiences, or that terms might not mean the same to people from different cultural contexts. How did you navigate writing a book in English while holding so many different ways of understanding the world?

I think that’s been one of the more interesting elements of the work actually. It’s clear that there is a way in which we experience being transgender across the African continent, perhaps even the Global South, that differs from that of the Global North. So it was often a task of figuring out what exactly the term ‘transgender’ might mean for each person I spoke to. In essence people are trying to tell stories of gender, expression, identity and feeling and using this term as the pin on a map by which they orientate themselves and can flag something recognisable to those around them.

We are well aware of the deep-seated violence against both gender nonconforming people and migrants in this country. The odds seem impossibly stacked against those who identify as both. Have you encountered any people who have had positive experiences?

If I am honest there are very few positives. I have seen one or two things that give me the slightest bit of hope, for instance a small business, a chicken farm, being run by a group of transgender refugees in Kenya which is providing a livelihood for them in relative safety. There are people who find ways to endure, some who even find a way to thrive, but that’s not more than a handful.

I want to caution though against looking for the uplifting, survival narrative, which is something I think we expect of both trans people and refugees. I think this is often done, as a society, to assuage our guilt and deny our collective responsibility for the current state of the world. It is really horrible to be a transgender person and a refugee in this day and age and there are very few things presently making that existence any easier.

How can we get our hands on your book or engage more with your work?

The book at this point can only be ordered online at palgrave.com. I am in negotiations for a local imprint, which – fingers crossed – should be out before the end of the year. Other than that I am also co-editing a new collection called Beyond the Mountain: Queer life in Africa’s ‘gay capital’, which should be out mid-year. The rest of my writing is pretty easily available online and of course I’ll be at this year’s Open Book Festival again.

If people are interested in reading more work by trans-identifying activists or authors, where can they look?

In South Africa, Lande Manbenge’s Becoming Him is phenomenal. There is also a collection called Trans: Transgender Life Stories from South Africa and there are a few chapters by and about trans people in Beyond the Mountain, which I have already mentioned.