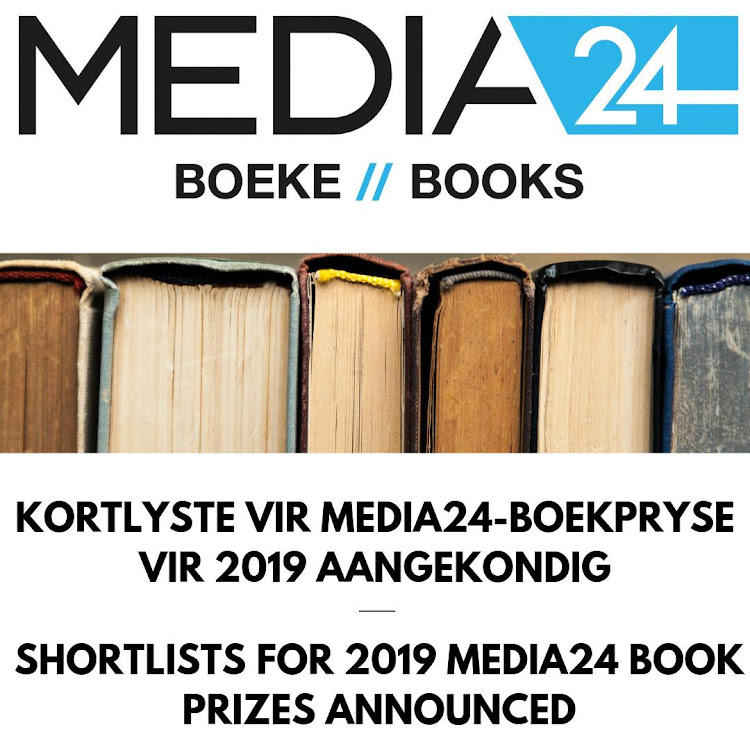 Media24 Books is proud to announce the shortlists for the 2019 Media24 book prizes. This year, prizes to the value of R210,000 in total will be awarded in six categories.

These annual awards serve to recognise the best work published during the previous year by Media24 book publishers, including NB Publishers (through imprints such as Human & Rousseau, Tafelberg, Kwela Books and Queillerie), as well as Jonathan Ball Publishers.

Independent judging panels compiled the shortlists from 80 submissions in total. The shortlists consist of three titles each - apart from the Elisabeth Eybers Poetry Prize, where two titles qualified.

The shortlists, in alphabetical order according to author, are:

The winner in each category receives R35,000. The MER Prize for Illustrated Children’s Books is shared by the author and illustrator(s) of the winning title.

The awards function will be held in Cape Town on Thursday June 13.