Damian Barr's book shows how the sins of the past haunt the present - and may explode in the future, writes Jessica Levitt 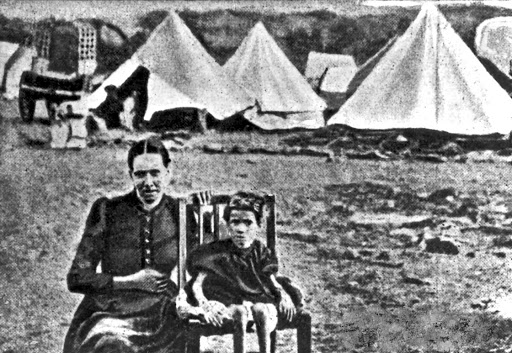 Two important stories are told over the course of a century in Damian Barr's vivid and informative book, You Will Be Safe Here. The first is that of Sarah van der Watt, who was forcibly moved with her six-year-old child to a concentration camp by the British government during the second Anglo-Boer war.

Although Sarah knows the British are coming, she stays to watch the land she has nurtured, the house she helped build and the animals she reared destroyed. This has a lasting impact on her. The British scorched-earth policy was implemented to ensure that the men who were still fighting for the Boers have nothing to come back to.

"Hate inheritance is an uncomfortable topic. Barr confronts it and, after reading it, so will you."
Image: Bloomsbury

History, however, has also shown that the policy was more than that - it resulted in the erosion of a culture and a people.

As Sarah and her son Fred enter the concentration camp, the fight for life begins; food, water and basic necessities are privileges.

Sarah's determination and loyalty ensure her refusal to swear allegiance to the British in exchange for better living conditions. This decision leaves her and Fred's lives even more at risk.

The second story begins in 2010 when the reader is introduced to Willem Brandt, a 16-year-old who has been sent to a privately run paramilitary training camp for troubled boys. His sin? He is gentle, but labelled a "moffie". He doesn't like his stepfather, a gun-toting man who promotes the idea of a segregated society post-1994 elections.

The training camp is meant to toughen Willem up. "He'll become a safari guide," promises the leader. Instead, Willem and the other boys are confronted with survival tactics for when the "swart gevaar" hits.

Abused, beaten and broken, he tries to escape, only for a Boer wife to report him. He faces death for being "soft".

Willem's life is based on the true story of Raymond Buys, who died in 2015 after being sent to a neo-Nazi training camp on a farm near Vereeniging. His postmortem showed chemical and electrical burns to his body, the tip of his ears missing, his kidneys failing and his brain damaged.

Told as individual stories, Barr does an exceptional job of examining how the past influences the present. In Sarah's story, her conflicting emotions towards black people are evident. She acknowledges that the black staff tried to protect her from the British, but the idea that the Boers are targeted simply because they are Afrikaans - while black servants are given a second chance - is something she cannot tolerate.

The legacy of hate based on colour and the ability of this legacy to continue is the book's most powerful message. Many who do not know the extent of the pain and wreckage that concentration camps had on Afrikaners will find Barr's raw descriptions unsettling. Through the dual narratives, the fear and loathing based on race is demonstrated. The implication, told through a factual lens, shows that SA's tumultuous racial history has the ability to fester and erupt at any point.

This book will sit with you for a long time. Hate inheritance is an uncomfortable topic. Barr confronts it and, after reading it, so will you. @jesslevitt