"In South Africa we, as people of colour, still very much are forced to operate under the expectations and constraints enforced on us by years of oppression through white power" 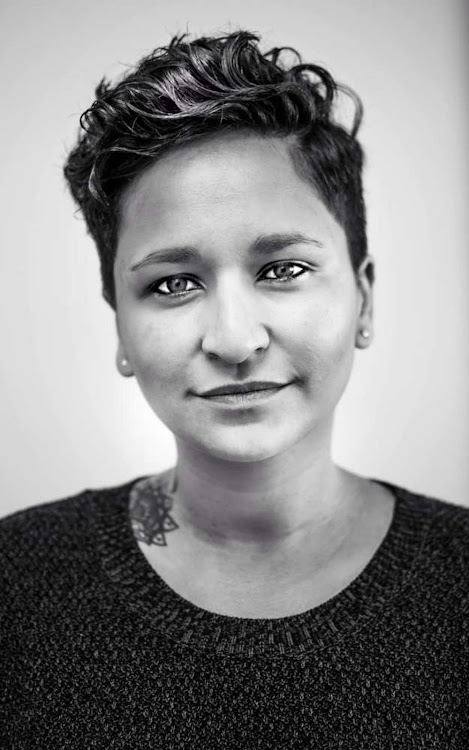 You use the wonderful tagline 'infuriator' to describe yourself. Why is being a provocative voice in South African writing something you're embracing?

I wish I could take credit for that adjective but it isn't really self-professed. I think it just sort of adopted me from public opinion. My wife is responsible for my other descriptor: Disruptor of Peace, which I actually prefer. I guess in a corny way I'm taking the Cheryl Sandberg stance and just leaning into it.

Your debut book Sorry Not Sorry tackles issues of racial and cultural identity head on. Its subtitle is 'Experiences of a Brown Woman in White South Africa'. What do you mean by 'white South Africa'?

We forget that a majority demographic does not accurately reflect the power in a country or any society. And in South Africa we, as people of colour, still very much are forced to operate under the expectations and constraints enforced on us by years of oppression through white power. It kind of dictates how we move through the world.

The book takes the form of a series of essays about everything from Converse tekkies to Islam. Which kinds of subjects did you find the hardest to write about?

A Brain Tumour Can Save Your Life was by far the most difficult essay to write. I spent the longest time thinking about it. Even though I thought I had processed so much by the time I actually sat down to compose it, I found myself having to confront a lot of hard truths about my relationship with my father as well as my relationship with myself - my identity as a gay Muslim woman from a very conservative society. Having to see in words how you wished for your father to die so that you can just be you is a very traumatic truth to admit.

What have been some of the most interesting exchanges you've had coming out of that book's publication?

The exchange that arises most often is why I choose to say "brown" and not "black". I think a lot of people are thrown by it because they assume that it comes from a place of apartheid segregation when it fact it is the opposite. I wanted to make clear that, while constitutionally we are classified as black, there is a certain amount of appropriation we adopt when we call ourselves that. My opinion is that the black struggle is in many ways far worse than the brown one. Other interesting and rather humbling exchanges that often come up are the ones that I have had with young, closeted, Muslim gay women who finally have someone to identify with, engage with and fearlessly ask questions. And I hope in future there are more of us!

As a journalist, you write columns on topical issues for several South African publications. What kinds of conversations do you hope to start through your journalism?

Before I tackle any issues, my main objective is to force people to ask themselves questions. I always begin with this thought: How will this make people uncomfortable? It’s not because I want to discomfort them, but it's because we, as a nation, have not been taught to have difficult conversations and I think it's time we do that. I think it's time we shift in our seats, introspect and listen, and my writing allows me to do the same.

Often, people who do not hold dominant power positions in society - women, people of colour, the LGBTI+ community - get saddled with the tiresome burden of constantly having to point out oppression, or explain their identities. You've embraced this, though - it's essentially become part of your career! Does it ever get exhausting doing this kind of work, which is emotional labour as much as anything else?

You're right, we are saddled with the burden of constantly needing to address oppression or race. It's as though our words only matter or are worth something if they're part of the struggle Olympics. To an extent I have had to embrace this because the media climate expects this of me and I have been in a position where, if my work does not involve these themes, I just won't get published. I hope this environment changes and I get to a point where I don't receive threatening messages when I choose to write about a holiday I've taken or some luxury item I have gifted myself. We deserve nice things too. And we deserve to share them and write about them.

We need more diversity of voices in South African media, but the industry is very precarious. How can people who want to represent their own experiences get started or build a name for themselves?

It's a cliché, but the answer here is: work hard but don't work for free. As people of colour we often fall into the trap of working just to get out there. People treat you the way you let them; I learned this the hard way. But what we have to say is important and we have every right to say it, so let's fight for it together.

Who are some emerging South African writers you're most excited by?

One of the writers I am most excited about is Coconut Kelz. There is such a desperate lack of appetite for satire in this country and satire is such an important tool for democracy. I think we need more of her and we need more collaborations with the new and old guard.

What are your future writing plans?

I’m currently working on a new book, which is going to published by Penguin once again next year. The working title is "More Dangerous Than a Warm Gun", and it's another collection of essays sketching the untold stories of women on the Cape Flats. My wife and I have also just scripted and recorded a three-part podcast on the history of Bo-Kaap and I’m looking to explore more international publishing opportunities.