A powerful narrative of overcoming personal injustice, a thriller exploring the concept of identity, and a Scandi noir set to rival Jo Nesbo - here's what we read this week 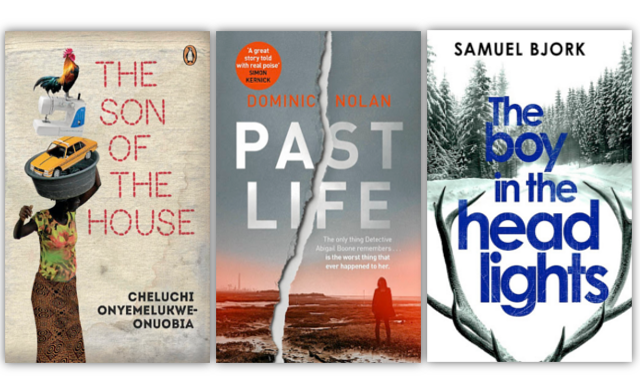 'The Son of the House', 'Past Life', 'The Boy in the Headlights'.
Image: Supplied

Set in Nigeria between 1977 and 2011, two women, Julie and Nwabulu, are kidnapped and held for ransom. They've got nothing to lose so they open up to each other about their tumultuous lives. In the dark cell, as they face their past torments, a link binds them. Onyemelukwe-Onuobia has crafted a powerful and intimate narrative of bravery, of overcoming personal injustice, and having the strength to face difficult truths about oneself. The bigger story is not of the two women but that of acknowledging the pain and embracing the life lessons that go with it. This book is worth every star and more. Jessica Levitt @jesslevitt

Detective Abigail Boone remembers nothing about her life, including her husband or son, when she escapes a four-day, drugged-up, violent abduction. She retraces the case that triggered her disappearance - that of a missing girl. Alienated from her family, she turns to characters from the shady side of the law, including her fellow captive, a big-hearted ex-convict whom she'd put in prison. Former colleague Barb stands by her despite these shifting allegiances, while her son goes adrift. But her fearlessness as she pursues the truth puts everyone close to her at risk. Nolan makes no concessions to them, or her, in his debut thriller - a brutal account of how lives unravel in the world of child trafficking. The concept of identity is an electrifying thread running through it: who are we if our past life is meaningless and our bonds to those we once loved are severed? Claire Keeton

The Boy in the Headlights ****
Samuel Bjork
Transworld Publishers, R290

The British Sunday Express wrote of the book: "Gives Jo Nesbo a run for his money" - and it's true. Bjork's detective Mia Krüger is a hardcore Oslo cop who has weaned herself off the sauce after a harrowing case involving The Postman. She's leaving for the Caribbean to put space between herself and the twisted killer. Then another case breaks and her boss asks her to stay. The body of a woman wearing a ballet costume has been found in a remote mountain lake. Cause of death: a syringe of antifreeze injected in the heart. Then the body of a saxophonist is found in a hotel room, also injected in the heart. After that it's a 14-year-old boy in a car boot wearing only swimming trunks, with a doll's house burning on the back seat. The killer leaves a trail of red herrings and a hit list of random names that sets off a national emergency. As Mia battles her demons, it's a race to stop the killer. Gripping and evocative to the end. Gabrielle Bekes