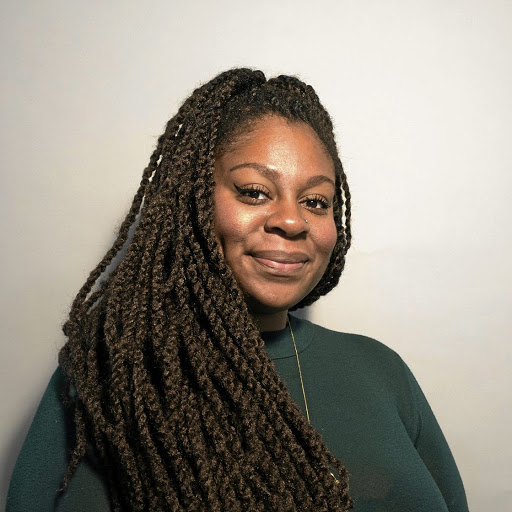 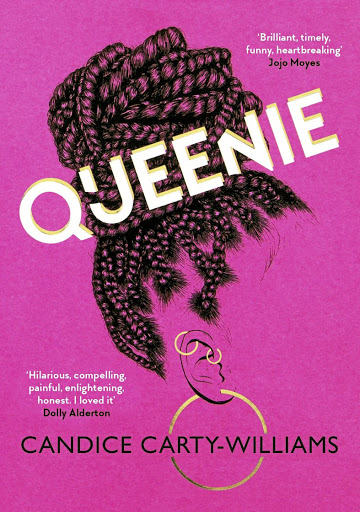 At first glance, Candice Carty-Williams' debut novel seems to be a good bit of fluff. It has a bright-pink cover (there are others that are bright-orange, candy-blue and mint-green) and it's being marketed as "the black Bridget Jones". Not to diss how important Bridget Jones was and still is to the relevance of the narrative of the ordinary single woman (Queenie works on that level, is as sharply hilarious and has an authentic voice as well), but it is so much more.

And publishers knew it. There was a bidding war, which Orion won, giving the 29-year-old Carty-Williams a six-figure publishing deal.

Queenie is the nuanced story of a 25-year-old black woman living in a Brexit London. It's about the racial dynamics of a black woman dating white men; about a young black woman struggling to find her way as a journalist in a white-owned ageist media; about how a plus-sized woman compares and disparages her features and body in Western society, and about how a black woman's body is fetishised. More importantly, it's about being a black woman with a mental-health illness.

Talking to online magazine gal-dem about the theme of mental health in the book, Carty-Williams said: "Our lives are textured with mess and shit and a lot of pain. I really wanted to show people who aren't from the same background that sometimes this is the day-to-day reality and black women are in pain."

None of this is written in a worthy, heavy hand. Carty-Williams uses a light touch to deftly and honestly explore the challenges young black women face today.

Her character Queenie Jenkins is in pain. Tom, her boyfriend of more than three years, wants a "break". She has to move out of his flat and find a place of her own. So far, so normal, a break-up tale. But what sets this apart is why it happens.

Tom tells Queenie: "I don't know if I can do it anymore." The "it" is protecting her from his racist family. The last incident was a doozy: at his mother's birthday party, his uncle once again made a disgusting remark while they were playing Cluedo: "Was it the nigger in the pantry?"

I wanted to show people who aren't from the same background that black women are in pain."

Tom refuses to understand Queenie's anger, brushing it off: "Why have you got to take this stuff so seriously?"

In frightening denial, Queenie still thinks that they are going to get back together. He blames her for their problems.

"This keeps happening and I don't know what to do. I can't protect you when it's my family you think you need protecting from."

Queenie rightfully tells him: "I hope your next girlfriend is white, Tom. That way she won't be fucking too much for you."

Queenie is also struggling with her work as a cultural journalist. When she tries pitching stories about Black Lives Matter, her editor waves away her ideas and demands that she write about the top 10 dresses #MeToo supporters are wearing to award ceremonies.

It's clear there's more than her break-up with Tom and her job that has caused Queenie to spiral out of control. There's her fractured relationship with her mother, and the something that happened in her past with one of her mother's boyfriends that makes her distrust black men.

There's also her Jamaican grandmother who refuses to let her go to counselling when she finally decides she needs to deal with her depression. "'You know how much pain me carry?' My grandmother slammed her hand on the table. 'You know how much pain I have to tek thu my yout' and my twenties and beyond. You know what my madda, your grandmadda, woulda said if me did tell me ah go seek psychotherapy. You mus' be MAD.'"

Despite all this, the book is not a downer. Queenie has support from friends Kyazike and the kind-hearted Darcy, a nudge nudge wink wink to Mr Darcy - showing that this novel is not about finding Mr Right, but rather, quite cheesily, about finding yourself. @Jenniferdplatt

This collection demonstrates the diversity and remarkable literary achievements of black women.
Books
2 years ago

Sephodi's memoir will cause you to scream 'yasss!' at various intervals
Books
2 years ago