It had to happen - for generations Britain has cultivated a Boris Johnson, who now leads it 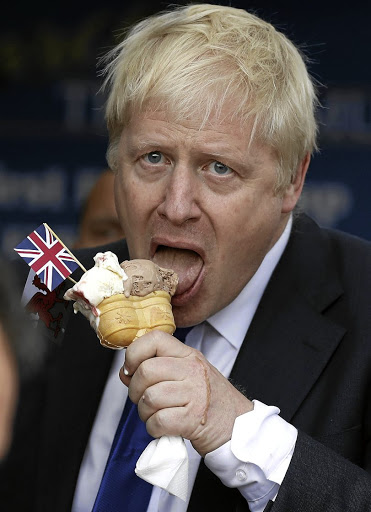 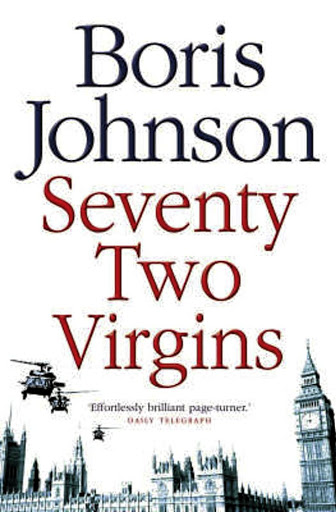 Boris Johnson was announced as the new British prime minister on Tuesday. Among other things, his campaign to Downing Street has prompted renewed interest in his books, particularly his 2004 novel, Seventy Two Virgins, a comic thriller about a plot to assassinate an American president during a UK state visit.

The novel's protagonist is Roger Barlow, a bumbling, gaffe-prone MP who is hounded by the tabloids for his sexual indiscretions and totters on his bicycle through a story padded by much chatter of buxom women and mocking of Britain's welfare policies. In other words, a man very much like Boris Johnson.

Last month Guardian columnist Marina Hyde took to Twitter to highlight some of the novel's more racy passages: "Sex between two characters," she posted, "is described as the man 'do[ing] that wonderful thing to her again'." Hyde then tweeted: "Description of the lucky lady getting it done to her: 'She was looking - this may sound crude, but it is no less than the truth - like a lingerie model only cleverer, and, if anything, with bigger breasts.' "

Elsewhere, Hyde continued, a male character was described as "an alpha male so alpha he'd have been awarded a congratulatory first by the examiners in Advanced Virility ... He simply had the right stuff exploding from every orifice. In fact his machismo was so intense he was sometimes considered a danger to himself."

This sort of writing seems to run in the family. Johnson's sister, Rachel Johnson, a leading candidate in the recent European Parliament elections for the anti-Brexit Change UK party, picked up the Literary Review's 2008 Bad Sex Award for her satirical novel Shire Hell.

Judges had been startled by her use of animal metaphors, with a comparison of a male character's "light fingers" to "a moth caught inside a lampshade", and his tongue to "a cat lapping up a dish of cream so as not to miss a single drop". Shire Hell's winning passage included the lines:

"I find myself gripping his ears and tugging at the locks curling over them, beside myself, and a strange animal noise escapes from me as the mounting, Wagnerian crescendo overtakes me. I really do hope at this point that all the Spodders are, as requested, attending the meeting about slug clearance."

But back to Boris. Aside from Seventy Two Virgins and collections of his journalism, he's also written a collection of children's poetry, The Perils of Pushy Parents: A Cautionary Tale; an engaging classical history, The Dream of Rome; and the bestselling The Churchill Factor: How One Man Made History, which is, it's been said, an unsubtle attempt to align himself with the wartime leader.

These titles, according to Steven Fielding, an academic who has studied the representation of British politics in culture, are worth close scrutiny. "They're all part of the wider Boris project," he told the New York Times. "They're not just books."

Published 15 years ago, the political message of Seventy Two Virgins does seem at odds with Johnson's current right-wing populism. The novel has an anti-Americanism thread at its heart. Its most sensitive character is a young terrorist with a past that involves petty crime, a racist foster parent and, oddly, a neighbour obsessed with cheese. A Nigerian traffic warden plays an important role in the story as well.

Fielding said that Johnson was trying to show that he was a liberal Conservative to appeal to voters in the early 2000s, and would write a very different novel today. The New York Times did point out that Johnson had been criticised for stoking Islamophobia: in the appendix in The Dream of Rome, he had written there was "more than a grain of truth" in the suggestion that the "real problem with the Islamic world is Islam".

Sonia Purnell, author of the 2012 biography Just Boris: A Tale of Blond Ambition (Aurum Press), told the newspaper that Seventy Two Virgins had proved "invaluable" in her research.

"He is a very secretive person," she said, "but he allows glimpses of himself. He would expect the books to be dissected, but I think they're quite telling.

"Johnson's a political chameleon. He was left-leaning as London's mayor and now he's going for the far-right Brexit crowd. He was once pro-immigration and now we're not so sure. He was a petrol head and now he's made himself an eco-warrior. There are no core beliefs, no values, just instincts."

When Johnson appeared on the BBC radio show Desert Island Discs, he was asked by presenter Sue Lawley why he'd written a novel that reminded voters of his extramarital activities: "You do like playing with fire, don't you?"

Johnson replied: "I suppose there might be an element of truth in that."

Readers seeking a more straightforward and most up-to-date appraisal of the man are directed to Andrew Gimson's biography, Boris: The Adventures of Boris Johnson (Simon & Schuster). First published in 2006, it was substantially revised and reissued in September 2016 to include his short-lived appointment as British foreign secretary. Former Labour London mayor Ken Livingstone said of the book: "The scariest thing I've read since Silence of the Lambs."

Blond bombshell, not in a good way

Never in the field of human conflict, you could say, has such a person been foisted on so many by so few: the 92,153 Tories who voted Boris Johnson into No 10 Downing Street amount to 0.139% of the UK population.

What's more, said 0.139% are arguably the most ideologically unrepresentative of all British voters: very pale, very male, very comfortably domiciled in the south of England - and very much in favour of crashing out of Europe without a deal.

Crashing, after all, is what BoJo does; he hasn't barged his way into office so much as stumbled there in fits and bursts of chaos and destruction.

His personal life is a shambles. In 2004, as editor of The Spectator, he was locked out of the house while out jogging by his second wife, Marina Wheeler, after she learnt of his affair with the magazine's wine columnist. Wheeler called the media, who gleefully filmed him as he tried to regain access to his home.

At the time, two Spectator staffers wrote a farce, Who's the Daddy?, about the string of infidelities at the magazine. Co-author Toby Young said: "We portrayed [Johnson] as a sex-mad buffoon with a portrait of Margaret Thatcher on his office wall that turned into a pull-down bed."

Wheeler filed for divorce this year when her husband's latest affair, with ex-Tory spin doctor Carrie Symonds, came to light. Symonds enters Downing Street as "first girlfriend" - but not immediately. This, apparently, has little to do with the recent row between the two where the police were called out, but because she doesn't want to be "a distraction".

But it is the lies, distortions, gaffes and racist comments that are most worrying.

Commenting on Tony Blair's 2002 visit to the Democratic Republic of Congo, Johnson wrote: "It is said that the Queen has come to love the Commonwealth, partly because it supplies her with regular cheering crowds of flag-waving piccaninnies. No doubt the AK47s will fall silent, and the pangas will stop their hacking of human flesh. And the tribal warriors will all break out in watermelon smiles to see the big white chief touch down in his big white British taxpayer-funded bird."

There's a lot more where that came from. Little wonder, then, that his US counterpart has referred to him as "Britain Trump".

Here are some of Boris Johnson's most controversial quotes.
News
10 months ago

If you hate Boris, get in line

Johnson’s book on Churchill invites comparisons between the two mavericks. Apt or absurd? Peter Bruce got the Mayor of London on the blower The ...
Lifestyle
5 years ago