The law of the lawn

In SA's leafy suburbs, the grass is not just greener, it's also more political 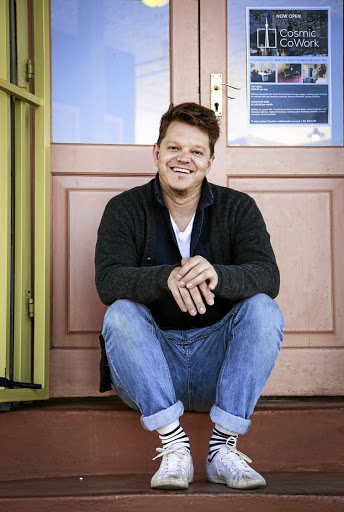 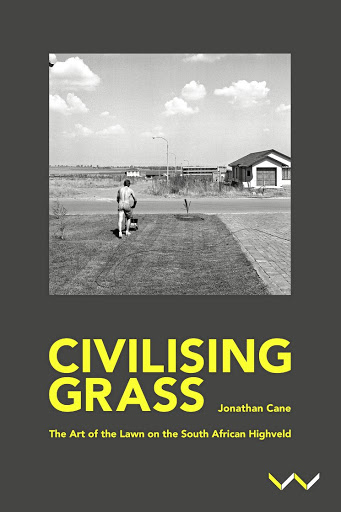 It's startling to hear Jonathan Cane say his book is somewhat autobiographical. After all, it's about lawns, and he's not a gardener, so where does he fit into it? Furthermore, the book is dense with references, having started life as a PhD thesis and although it presents his distinctive exploration of lawns in SA, it is anything but a story of his own life.

It seems Cane is referring to his choice of the subject, and to how lawns symbolise everything about his upbringing that was at odds with his passions.

"I didn't really fit in Sandton where I grew up; it was a very heterosexual, white, middle-class kind of life. My parents had this house with a big garden. We had a gardener obviously, like all families in that kind of world. And my dad would mow the lawn on weekends . I think he would at that time have preferred a more traditional son who he could have played rugby in the garden with, who would have mowed the lawn with him and would have known how to fix the lawnmower. I didn't fit into any of that space."

Another clue to his autobiographical connection lies in an end note which expands on a comment in the book about how humans, unlike plants, move across landscapes and lawns in "prescribed and non-prescribed ways" such as "Don't sleep on the lawn (especially if you are black)". The end note lists some rules attached to lawns at the type of private school he attended, for example, Bishops Diocesan College, where "no student may walk on the first team rugby field called 'Piley Rees' and only prefects can walk on the grass paths that link classrooms and buildings".

It was while gazing at a lawn that Cane - well, actually his friend and then colleague at Vega School - hit on the idea of the thesis. "Zen Marie and I had gone for drinks with our students and were sitting at the Zoo Lake Bowling Club and I said, 'Why don't we make a film about the lawn here?' (They had made a short video about the M1 bridge in Joburg). And he said no, it's not a film about the lawn, this is your dissertation. And we both knew instantly."

Cane says the perfectly flat, perfectly green lawn with people playing bowls represented "all these things that had been bothering me that I wanted to think through".

Seven years later, in 2017, he graduated from Wits as a doctor of philosophy in history of art with Civilising Grass - The Art of the Lawn on the South African Highveld, and now Wits University Press has published the book version.

His route to that PhD, however, was anything but conventional.

Initially a varsity drop-out - he didn't enjoy his year of drama at Wits - he opted for a graphic design diploma. Then, despite not having an undergraduate degree, he obtained a postgraduate diploma in management and later an honours in African history, both from UCT. Then he talked his way into being accepted into studying history of art at Wits, where his initial postgrad diploma was upgraded to a master's and then a doctorate.

The upside of this progression through diverse fields has created a consummate interdisciplinary academic and, socially - thanks also to his eloquence- a knowledgeable conversationalist.

It helps that his recent field of interest is so accessible. Many have a story about lawns, not least a woman at his recent book launch who said her mother planned to sell the family home because it no longer boasts a sumptuous lawn.

Civilising Grass looks at lawns in terms of its politics and failures, its representation in literature and art and, in the chapter titled 'No Fucking up/on the Lawn', its use as a site for "public homosexual sex, vagrancy, drugging and informal trading".

It covers the likes of Douglas Calderwood, whose 1953 doctoral thesis on native housing in SA formed the basis for townships' matchbox houses with private gardens; and it quotes Julius Malema, then president of the ANC Youth League, declaring: "Citizens cannot complain about the lack of service delivery while watering the lawn in front of an RDP house."

But most of all, Cane's thesis-turned-book will ensure that anyone who reads it will never look innocently at a South African Highveld lawn again.

WATCH | Jonathan Cane probes the politics of the lawn on SABC

The lawn is not quite as innocent as we think.
Books
2 years ago

"Garden maintenance, of one’s own garden, as leisure, is a proper activity for respectable whites."
Books
2 years ago

'Civilising Grass' is the first sustained investigation of the African lawn

This compelling and eclectic critique offers a detailed reading of artistic, literary and architectural lawns between 1886 and 2017
Books
2 years ago