In his new novel, Ghosh says he was writing about 'something urgent and real,' writes Bron Sibree 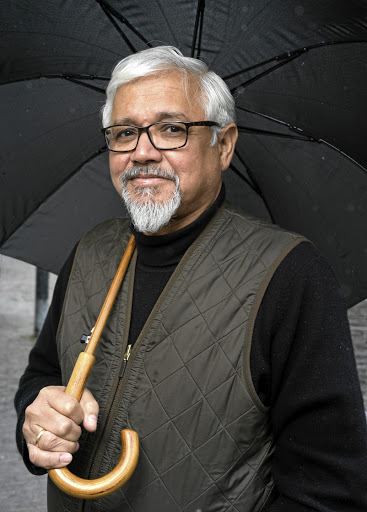 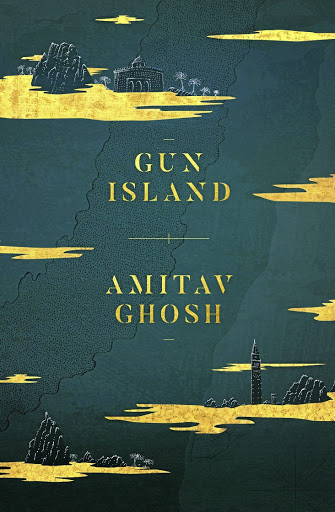 Amitav Ghosh is famed not only for his multi-award-winning fiction, but for breaking new ground with each of his acclaimed works, 11 in total.

But with his new and ninth novel, Gun Island, the 63-year-old Calcutta-born author amazed even himself.

"I've never written a book as fast as I did this one, because I felt I was writing about something urgent and real. When I finished it, I thought to myself, this is something completely new for me, and at the same time, it's got everything that I've ever been interested in - etymology, travel, displacement, migration, nature, animals - all of it comes together in this book in a way that really surprises me," he says.

Gun Island is narrated by a lonely Bengali-American rare book dealer, Dinanath Datta, or Deen, whose quiet life and strongly held beliefs are upended as he journeys between the US, India and Venice, Italy, all while in the grip of a scholarly obsession about the Bengali legend of a gun merchant, Bonduki (Chand) Sadagar. This legend is linked to a mysterious lost shrine of Manasa Devi (the Hindu goddess of snakes) in the Sundarbans (a depleting mangrove forest in Bengal).

Linking the past with the present in beguiling and provocative ways, this multi-stranded novel gradually takes on a page-turning urgency as Deen's encounters with a range of diverse characters as well as some eerie happenings in the animal realm bring him to the realisation that his once predictable world is now one of increasing displacement and unstoppable climatic transition.

Ghosh says the novel was seeded "from many sources", not least of which was his fascination, just like his fictional narrator Deen, with the etymology of the Bengali word bundook. A word that as Deen informs us, means "gun" in many languages and, by way of British colonial usages, found its way into the Oxford English dictionary as "rifle".

But the book flowed largely in the wake of Ghosh's 2016 non-fiction The Great Derangement, in which he examined our inability to grasp the scale and violence of climate change in literature, history and politics.

"After I finished The Great Derangement, I felt that if we are going to write meaningfully about this era of climate change disasters and catastrophes, then modern writing doesn't show us the way. We have to look elsewhere. So I started reading a lot of pre-modern literature, especially pre-modern literature in Bengali, and that led me to this myth of the merchant, Chand Sadagar, and the stories of Manasa Devi, which inspired the book. This figure of the merchant is a prominent one in Bengali mythology, because Bengalis have been seafaring for a long time."

He has also been writing about seafarers and merchants for a long time, so it's no surprise he drew on the ancient mercantile links between Bengal and Venice, but Gun Island illuminates the contemporary connections wrought by migration and technology in novel and potent ways, for, as he says, "the entire working class of Venice today is Bangladeshi, they are doing everything, but people don't notice it. While writing this, I spent a lot of time travelling around Italy meeting migrants. The stories you hear are astonishing and the part that contemporary communications technology plays in these emigrations is absolutely essential; that's why this phenomenon has become so powerful."

Ghosh first became interested in climate change while writing his 2004 novel about the Sundarbans, The Hungry Tide, and he revisits these low-lying islands in the Bengal delta - along with some of that novel's characters - in Gun Island.

"Way back then you could see the impacts that climate change was having upon this area. In these last 10 years huge storm surges have brought enormous quantities of salt into what were previously fertile lands. Large islands have been submerged. Even in Bangladesh, half of the island Bhola has been submerged, displacing 500,000 people. The whole world has just chosen to look away."

Climatic ructions, says Ghosh, "are only going to get worse", yet he chose to end Gun Island on a hopeful, almost miraculous note.

"As someone who is from a very badly impacted part of the world I have a duty to be hopeful. It's part of being Indian. It's a kind of duty, so in that sense I could never imagine ending a book in the way that many Western writers do, in apocalypse and dystopia. I feel one has to leave the door open as it were, after all, I think increasingly we are all beginning to see that really only a miracle can save us now." @BronSibree

Any novel, says Barbara Kingsolver, "begins in a thousand places" but Flight Behaviour, the 57-year-old's 14th book, had one particularly vivid ...
News
7 years ago

A practical handbook that explores what climate change is likely to mean for us as South Africans.
Books
9 months ago

It is not just an agonising revelation of historical missed opportunities, but a clear-eyed and eloquent assessment of how we got to now, and what we ...
Books
1 year ago