"How important is it, morally, to remember what has happened in our own lives?" 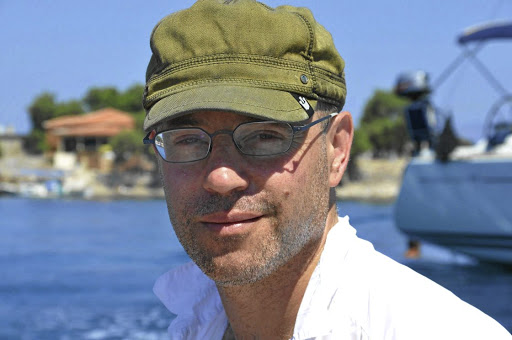 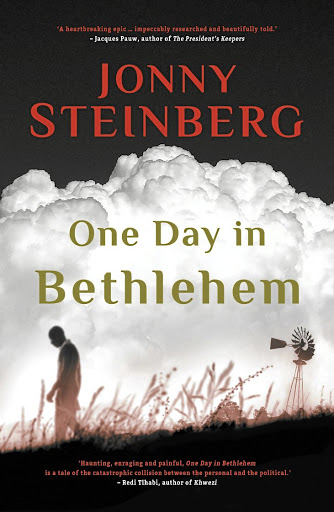 The inspiration for One Day in Bethlehem came from a news story in the Sunday Times. On December 31 2011, I read of two men, Fusi Mofokeng and Tshokolo Mokoena, who walked free after spending 19 years in prison. The story leapt out at me because of a single remark that Mofokeng made. "The thing that most amazed him in his first seven months of freedom," the reporter, Rowan Philp, wrote, "was not smartphones and Google, but that 'a white lady actually served me at a restaurant and was very nice to me too'."

The moment I read those lines, I wanted urgently to meet Mofokeng. I wanted to borrow the eyes of a person who had walked into 2011 from the past. For I had it in mind that we'd forgotten what had changed and what had not since the end of apartheid; that it would take an insurmountable effort to distinguish the old from the new. What an opportunity, I thought: to consult a person who has been as if asleep all these years. That same day, I wrote Mofokeng a letter. I wished to get in touch while the world around him was still surprising.

I interviewed everyone I could find who had known Mofokeng as a child and as a youth - friends, relatives, the white man in whose garden he once worked. I tried to track down those with whom he had shared a cell during his 19 years in prison, the warders with whom he had built relationships, the lawyers at his trial, people who had witnessed his TRC hearing, and the victims of the crime he was purported to have committed.

You can never do too much research, only too little. Each interview produces something fresh, something unexpected.

The book centres around what actually happened at 4.10pm on April 2 1992 on the outskirts of Bethlehem, the time and the location of the crime for which Mofokeng and Mokoena were sentenced to life in prison. Two years into my research the audio recording of their trial was finally found - it had been lost. Reading the transcript was a massive surprise; nobody's recollection of the crime or of the trial was reliable. Memory had played its tricks on everybody. In Mofokeng's case, he had superimposed what had been said at his TRC hearing in 1998 onto his memory of the crucial events of 1992.

What also surprised me - although I guess it should not have - is just how callously those who exercise power treat ordinary people. The timeline of the book begins in the dying years of apartheid when those who exercised power were, in the main, white men. It ends many years into the democratic era. And still, people like Mofokeng and Mokoena are treated like dirt. Their experience is an analogue for the experience of millions.

One Day in Bethlehem was a very hard book to write. When you start a non-fiction book about living people, you just don't know what sort of issues the material will throw at you. The central question the material ended up raising - how important is it, morally, to remember what has happened in our own lives? - is one of the hardest.

Steinberg's portrait of a Somali migrant illuminates the dark side of citizenship, writes Ray Hartley A Man of Good Hope *****Jonny Steinberg ...
Lifestyle
7 years ago

Book Review: Kicked like a stone in the road

When it comes to narrative non-fiction, there are few people in South Africa who can touch Jonny Steinberg. Over the course of six books, the ...
News
7 years ago

I did not know it but I had discovered the peculiar power of literature. Another invented world, it reaches into our own, very real, world, in ways ...
News
7 years ago