Announcing the winners of the 2019 Sunday Times Literary Awards 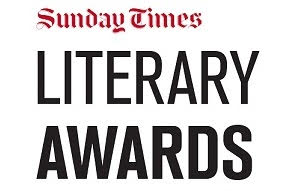 The winners of the 2019 Sunday Times Literary Awards were announced in Johannesburg on Friday, September 6.
Image: Sunday Times

The winners of the 2019 Sunday Times Literary Awards were announced at an event held at The Empire Conference and Events Venue in Parktown, Johannesburg on Friday, September 6.

The Sunday Times Literary Awards are considered the most prestigious literary accolade in South Africa.

“This was a special and significant year for the Sunday Times Literary Awards. It marked the 30th anniversary of the coveted Alan Paton Award. Both winners showcase once again the best in South African writing, and the prizes continue to signify the dedication that the Sunday Times has to our local literature,” said Sunday Times Books Editor Jennifer Platt.

Kurgan’s book was selected by a panel chaired by award-winning writer, journalist and filmmaker, Sylvia Vollenhoven, alongside journalist Paddi Clay, and Professor Tinyiko Maluleke from the Centre of Advancement of Scholarship at the University of Pretoria.

The judges called it “a compassionate, mesmerising tale of a time and place and the singular journey of remarkable people.”

Writer and book critic Ken Barris chaired the panel which included journalist Nancy Richards, and writer Wamuwi Mbao, in deciding on Ndlovu for The Theory of Flight.  The panel described it as “utterly captivating and image-rich, a beautifully resolved magical-realist novel.”

Alan Paton Award 2019: a taste of the shortlisted titles

We get some insight into the non-fiction shortlist by asking the authors a few questions about their work.
Books
2 years ago

Barry Ronge Fiction Prize 2019: a taste of the shortlisted titles

A look at the shortlisted books and insight into the authors.
Books
2 years ago