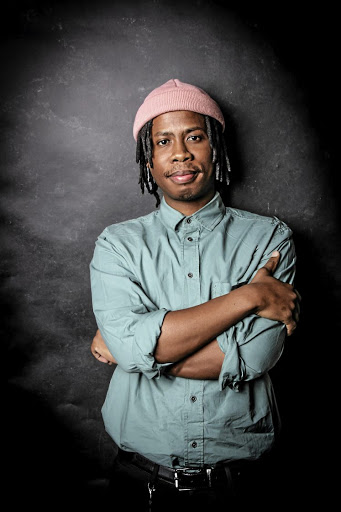 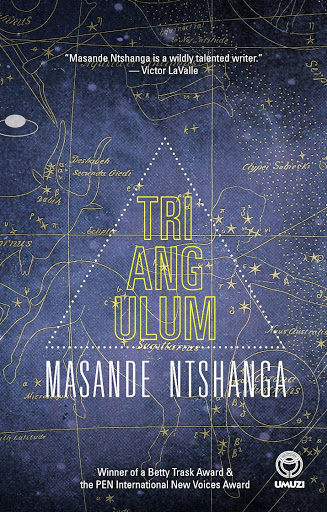 Five years ago Masande Ntshanga published The Reactive, offering up a vision of burnt-out glamour and romanticised self-destruction in the new South Africa. His protagonists were nihilistic orphans of the born-free era, circling the drain of history in stylised episodes of misadventure and drug abuse.

Despite its compromises, The Reactive was a signal moment in South African literature.

Like its cinematic parallel, Sibs Shongwe-La Mer's Necktie Youth, it augured a new generation of young, black middle-class artists trying to make sense of the sinister largesse of our history, both sociopolitical and psychosexual.

In Triangulum, Ntshanga sets out to chart altogether different territory in the genre of philosophical science fiction.

During the '90s and early 2000s, the narrator, a teenage girl savant, finds
herself visited by an extraterrestrial force appearing to her in the primordial shape
of a triangle.

Around the same time a number of disappearances of neighbourhood high-school girls make their way into the newspapers and the narrator begins to speculate whether these are connected with the vanishing (or, as she believes, "abduction") of her own mother a few years prior. A great sense of mystery prevails over these pages as our heroine, together with her two closest friends, sets out to discover the truth of these serial disappearances.

Is our darling narrator suffering delusional hallucinations? Are these otherworldly interventions a symptom of her bereavement or is there a rather less mortal cause behind the abductions?

Ntshanga draws us into the enigma of a deeper intergenerational conspiracy involving warring factions, distant betrayals, vengeful parents, a whole shadow history which wonderfully blurs the borderline between science fiction and political reality.

And in between all of this there is a heartfelt coming-of-age drama involving best friends undergoing all the loveliest teenage rituals, from first kisses and same-sex experimentation to investing the everyday with occult power the way we could do so fantastically when we were younger.

Ntshanga exhumes a generational experience that might otherwise have disappeared altogether, leaving behind only our unreliable memories to provide testimony of another epoch in the life of this country.

He has a great skill for overlaying centuries-old historical detail onto the mundane facts of South African life. In a standout passage, the narrator remembers "watching through the car window as the queen slid past us, frozen in another century, looking over a population that was kept in the dark about how much blood she'd spilt. It didn't feel like a prison, but the remains of an alien civilisation which had now fled; its mission untenable but not wanting to be forgotten, it had left behind unreadable signs, as out of place as hieroglyphs inside an igloo."

Then, abruptly, we are slung forward in time, arriving in the year 2025 to the scene of a dystopian Johannesburg lingering just outside the grasp of our own experiences. Our narrator has grown up and is now part of a very different adventure - this time immersed in the worlds of corporate espionage and surveillance, eco-terrorist cells and double-crossing digital infiltrators. Slick and cinematic, this section continues the tradition inaugurated by Lauren Beukes almost a decade ago with Zoo City and Ntshanga conjures a vertical and jagged metropolis besieged by inequality and corruption.

The latter pages never manage to match the scale of adrenalised curiosity dredged up in the first half and the ending leaves one disappointed but ultimately hopeful. Ntshanga has once again demonstrated an exceptional skill and his third outing, whenever it eventually crosses our horizon, will probably be his best one yet. @kavishchetty

This article is an abridged version of a review available at https://www.kavishchetty.com/literature/2019/7/31/triangulum

"Tata laughed again. I watched him get up, knowing I couldn’t tell him about the machine, because I didn’t know how to"
Books
3 years ago

An affecting exploration of bereavement, sexuality and coming of age, this multilayered novel showcases a completely original talent coming into his ...
Books
3 years ago