The haunting of Green Valley 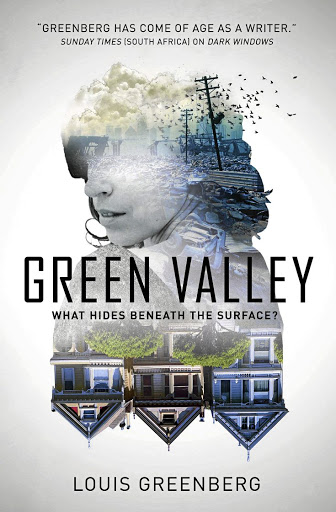 This is Louis Greenberg's first solo outing since his series as SL Grey with Sarah Lotz. His books were creepy, gross and terrifying then, and this is no exception. It's classic Greenberg: elegant imagery, piercing insights and fast pace.

After the Turn, the city of Stanton voted to ban technology: surveillance, mobile phones and the Internet. It's grubby but real, and its inhabitants live quietly integrated lives.

But across town is Green Valley, a full-time virtual-reality utopia that refused to give up its tech. The two communities don't interact.

The adults in Green Valley voted to privilege cyberspace over meatspace. They've become "habituated" to their advanced virtual world, but the children who have been born there - the second-generation Green Valley residents - are physically addicted to the I, an overlay that controls everything they experience. If they unplug, they suffer nausea and fits, and are unable to interact with the real world.

Just as well: the actual world of Green Valley underlying their virtual one has been allowed by its architects to decay horribly - buildings are derelict; dogs are feral; bodies rot where they died. Its inhabitants don't notice, and don't care.

Stanton only cares because dead children are turning up on their side of the concrete wall. The plot centres around Lucie Sterling, whose department is covertly studying Green Valley's tech. Her last relative there in "the poisoned bell jar", her niece, goes missing, and Lucie tries to trace her.

Set in the near future, much of the plot of Green Valley has happened in our own lifetimes. Greenberg comments that every technological convenience - even something as anodyne as automatic doors in an office or mall - have always had a dual purpose: they've been collecting our personal information since forever. We use them, and they use us.

Green Valley examines what happens when a couple of idealistic geeks take that integration too far. The saddest, most chilling scene is a takedown of Apple's annual product reveal, except that here the auditorium is also a mausoleum:

I knew I shouldn't, but I looked back at the small scattering of the audience where they were seated in the auditorium in their once-best suits. My eyes adjusted to the subtle lighting, I could make out hands folded neatly in laps, shoes half on where not chewed away. Lank hair, matted. The heads lolling at uncomfortable angles. Grey skin, patches of purple flesh, bare bones on old corpses. 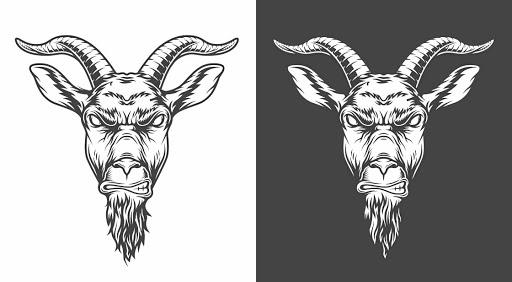 Still the show goes on, playing to its non-existent audience, and Lucie realises how truly mad the vision of utopia has driven its makers. The madness is infectious. As she pursues her investigation in Green Valley, Lucie faces her own demons. One in particular haunts her - a giant, murderous ram.

Greenberg "... saw it at Saskia Boddeke and Peter Greenaway's Obedience exhibition, about the binding of Isaac. The ram room was stark and unsettling . standing alone in an abattoir-like room with this poor, nervous - and also terrifying - ram projected onto the wall."

So Green Valley is also about the failure of our institutions - parents and families; citizens and governments; patriarchs and religions. Its other themes - the lies we tell ourselves about our responsibilities; the moral laziness of turning away from the suffering of others - is an extension of Greenberg's previous narrative outings. There's a special resonance for South Africans, as we see our private, personal, and public spaces increasingly invaded by individuals and organisations.

Green Valley is what Greenberg terms "a post-cyber noir about truth and fakery", but there is something older at work. It is, at heart, a haunted-house book, and horrible places are where Greenberg has spent a lot of his time. Now, thanks to him, you will too.

A story of attachment and fear, marked by cruelty and misery. Diane Awerbuck still wants you to read it ... The New Girl *****S.L. Grey (Penguin, ...
Lifestyle
7 years ago

Questions of reality and morality are reimagined in this story of revenge and good behaviour, writes Michele Magwood
Books
2 years ago

The hidden agenda behind Netflix's push for more interactive shows

'Choose your own adventure' shows feel like more personalised entertainment, but they're really just mining us for data, writes Andrea Nagel
Lifestyle
2 years ago

Narrative brings together past and present, sexual fluidity, AI and the hybrid nature of human beings, writes Claire Keeton.
Books
1 year ago