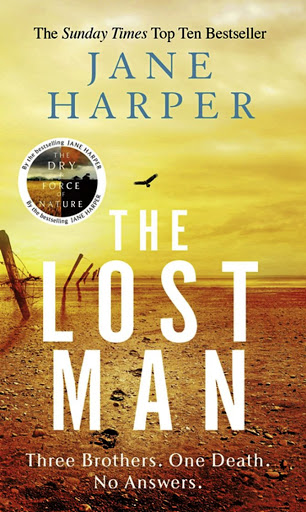 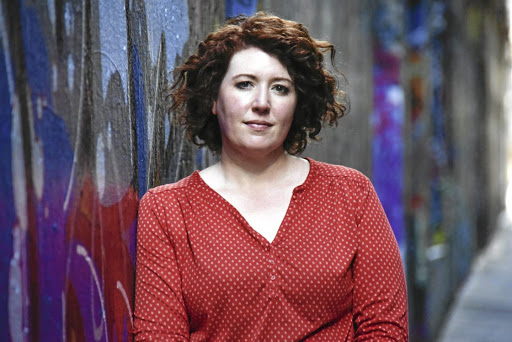 Four years ago, Jane Harper was a virtually unknown finance journalist on a Melbourne newspaper. Now she's considered one of Australia's foremost fiction writers with three mystery novels to her credit, a swag of awards, upwards of a million in sales and a movie deal to boot. "It's been a really big four years," says the 39-year-old author of The Dry, Force of Nature and The Lost Man.

"When I wrote The Dry I was working full-time as a journalist and that was all I'd ever done professionally. Now I get to be a full-time author, I have a daughter who's nearly three, I'm having another baby in November, and I'm working on book four. So it's a dream scenario, really, beyond anything that I had expected to happen."

If Harper needed any reminder of just how radically her life has changed, her wedding anniversary, the day before we speak, was it. For it was on her wedding day, four years ago exactly, that her debut novel, The Dry, also went to auction in Australia.

"With two major life events happening at once, it was a really special day," recalls Harper, who soon found herself in possession of a six-figure, three-book publishing deal for Australia, the US and Britain, followed by a movie deal. It went on to sell more than a million copies.

"For it to get published and be so embraced by readers around the world is wonderful, because I never really had any ambition for that debut beyond just finishing it. But I did think that if I applied myself and focused I could probably complete a manuscript. And that was ultimately the goal I set myself."

Focus is a recurring theme in conversation with Harper, who is on something of a mission to demystify the creative process, and has even given a TED Talk outlining her writing process. For Harper, meticulous time management and plot planning are key.

"I start with plot, then once I've got the idea roughly in my mind, I start to think about what characters will best tell the story," says the English-born novelist who describes Australia as, "a real gift for writers in terms of the extreme landscape, weather patterns and diversity, and the impact that has on people".

In researching The Lost Man, an elegantly plotted standalone set in outback Queensland, Harper travelled to the town of Birdsville on the edge of the Simpson desert, but, she says, "I mainly had the plot before I did the on-the-ground research."

While radically different in plot, setting and characters, The Lost Man echoes The Dry in the way it probes the effects of extreme isolation on people, particularly men, and has been hailed as a tour de force.

"I spent a long time simultaneously planning and researching from Melbourne, reading a lot of memoirs of people who lived in that region, and pulling together the characters and the way I wanted this story to play out."

From the moment she conceived of The Lost Man, Harper knew that there was not going to be a place in it for Aaron Falk, the emotionally reticent Federal Police detective who is central to The Dry and Force of Nature. Falk first arrived on the pages of The Dry says Harper, "because I wanted someone who had a connection with this very tiny community, but was also an outsider in terms of time spent away and his current lifestyle". A unique compelling protagonist, Falk will be played by Eric Bana in the movie of The Dry, which is being produced by Bruna Papandrea of Big Little Lies fame, who also holds a film option on Force of Nature.

Not that Harper has abandoned Falk altogether, but she's not about to divulge whether or not he will have a role in her fourth. "I think there's more to come from him. He's done wonderful things for me, so he has a special place in my heart. But it's really important to have the right characters to tell the story."

Her readers respond not only to the Australian setting of her novels, but to the way her characters and plots are shaped by it. Though her books are labelled "crime", "I never feel that crime is at the heart of these books. I feel it's the characters who are at the heart of them," she says. @BronSibree

Books: Across the universe

It doesn't matter where on the planet Tim Winton's readers are, he knows how to reach them with his stories. By Bron Sibree Eyrie ****Tim Winton ...
Lifestyle
5 years ago

Spirits of the Irish

In his new novel, Ghosh says he was writing about 'something urgent and real', writes Bron Sibree.
Books
7 months ago