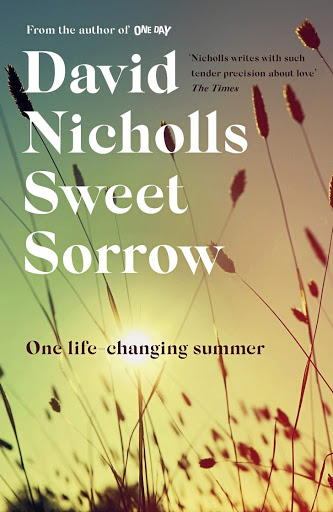 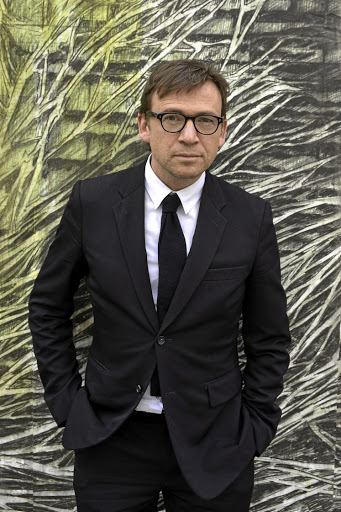 Before I interviewed David Nicholls, I must confess I had mixed feelings about his novels. But make no mistake - I was super excited to talk to him. His novel One Day was, at one time, my go-to modern rom-trag - a romantic tragedy, a feel-sad-feel-good book. It hit the right chord of love being something ephemeral, lovely, messy and fucken horrible. But then the movie was made and we were stuck with a miscast Anne Hathaway and Jim Sturgess in a mawkish, overly sentimental adaptation. Not the author's fault, but still, urgh, it spoilt the book.

Then Nicholls wrote Us. Something totally different from what he has written before - a cynical view about the vagaries of being married for 25 years plus.

Nicholls in our phone interview (he is in London) calls Us - the "midlife-crisis book". It was a solid undertaking, longlisted for the Man Booker in 2014: quite a feat for any book that has a sniff of romance and actual laugh-out-loud silly humour.

His new novel Sweet Sorrow hits the spot between the two books. It's not quite as soppily romantically tragic as One Day and it's more tender than Us as it nostalgically explores a moment in time - first love.

Nicholls says: "I wanted to write something wide-eyed and energetic, lively, full of fun. I loved writing something sunny that's nipped with a little bit of sadness."

Nicholls wanted to write about an everyplace in England. As he describes it in the novel it's a "small town in the south-east, too far away from London to be a suburb, too large to be a village, too developed to count as countryside". We are also introduced to an everyman/boy - 16-year-old Charlie Lewis, who has just finished his final exams. It has not gone well but he has the entire summer not to think about it. He has his bro group of boy pals who laze in the basement of one of their houses, roughhousing, drinking, smoking etc. Picture That 70s Show, just set in the '90s.

As in One Day, Nicholls expertly plays with time. In Part II, a grown-up Charlie is about to get married. His wife-to-be is interested in his first love. Nicholls says: "I wanted it to be about memories, and for the reader to learn snippets about the past and then find out how everything is to be resolved. You can reveal key moments at key times. I like playing with time in that way."

The past that is revealed is set particularly in 1997. "I wanted to have people looking back who were in their 30s rather than in their 50s. So it was a kind of mathematical effort to it. But the main reason was that '97 was a key year in British history. It's the year of the Blair election and it was the year of Princess Diana's death. I liked the idea of having two vivid historical landmarks bracketing the action. Even though I was much older in '97 than the characters in this book, I have good memories of it too. It was when I met my partner.

"It was a time of optimism really."

This is before the cellphone and the internet took over and so Charlie is bored. He takes off on his bike, finding quiet meadows to do the only thing he can find to keep his mind occupied and not on his dire exam results, and that is to read. It is here that Fran Fisher literally trips over him, but Charlie is the one who instantly falls in love. And he will do anything for love - even that, which is joining a theatre troupe - the Full Fathom Five Theatre Co-operative whose aim is to produce Romeo and Juliet for the community on the grounds of a dilapidated country house. Acting is definitely not Charlie's forte, but because of lack of male players he gets a part where he woodenly plays Benvolio.

The exam results are not Charlie's only problem. His parents are divorced. His mom chose to take his younger sister to live with her while Charlie was told he was to stay with his father, essentially to look after him. His father has depression. Charlie has no idea what to do or what is really wrong with his dad - this is the '90s when no one talked, or had the knowledge to recognise what was wrong. Nicholls says that is one of the reasons for writing this into the novel.

"Looking back at that time, at the people in my past, I think 'Oh my God, now I know what was going on'. I also wanted to write about the difficulty of living with someone who has depression. And to be frank about how confusing and boring it can be, and Charlie is certainly not a saint about it. He doesn't know what to do, nor does he have the patience to deal with it. He also doesn't have the language to deal with."

Sweet Sorrow is an apt name for a book that focuses on the distorted nostalgia we have of the past and the sadness of first loves, but it is also about art, the making of it and the pretentiousness that comes with creating a play. Nicholls has written another wistful and poignant novel. I may just go back and give One Day another chance. @Jenniferdplatt

Looking down the far road