A Q&A with privacy activist and 'BaybyBot' author Murray Hunter

"I spend most of my time talking with grown-ups about data surveillance, and I wanted to find a playful way of opening a conversation with kids as well" 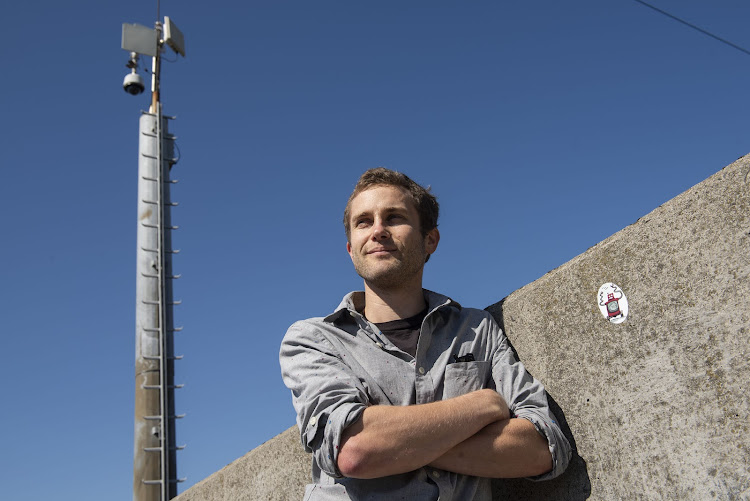 A children's' book about data surveillance? What gave you that idea?

Honestly, part of it was just an excuse to sit down and draw robots. I spend most of my time talking with grown-ups about data surveillance, and I wanted to find a playful way of opening a conversation with kids as well.

Who is Boris, and why should we care about him?

For children, Boris the BabyBot is a delightful little droid who pootles about the world tracking and profiling babies for a baby-tracking factory – until he has a crisis of purpose. For adults, the BabyBot is a not-so-subtle metaphor for the technology that’s shaping our world, which we’re increasingly starting to see as a problem. 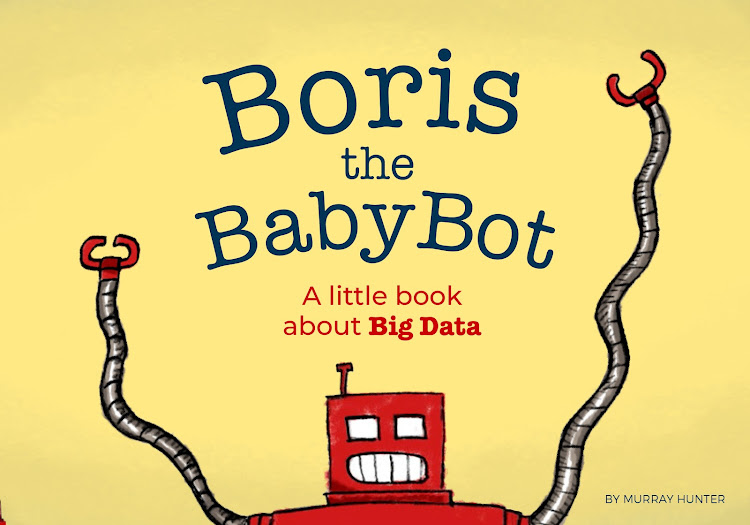 You've said before that it's a mistake to think of children's book content as simply for children. In many cases it provides an opportunity for adults to think about the issues it raises, too. Is this a sneaky way to infiltrate adult society?

Ha. Nothing sly about it. I explicitly set out to use the magic of children's stories to give me a less dread-filled way of thinking about a Big Scary Issue, and the incredibly positive response suggests that other grown-ups are looking for that as well.

Many people think, with children's' limited understanding of the world, the content can be very basic. Why are quality, interesting and challenging stories for children important?

Anyone who has had a five-minute conversation with a toddler knows that children's brains can surprise and amaze you. My favourite children's stories might use simple building blocks – short words, simple pictures – but they never underestimate a child’s capacity for curiosity and imagination.

Why is the idea of data surveillance something you feel so strongly about?

There’s a growing awareness that the data collection driving so much of our world is a big problem, and getting bigger. Consumer manipulation, electoral manipulation, racial profiling, political repression – it can all feel as big and unstoppable as climate change, but just like with climate change, we can act - but we need to do it now.

You've been an activist for many years with Right2Know, where you've seen the underbelly of state and big business surveillance. What small things can we all do right now to keep our information private?

Small changes to our individual habits are always important. I often seek out advice from restoreprivacy.com and ssd.eff.org. But protecting our privacy requires big collective change as well. We need new laws, new technology, new activism, new social norms. Part of why I wrote Boris the BabyBot is to contribute to that growing discussion.

With Boris, you're proving that big ideas can be broken down into simple stories. Do you think storytelling - whether through art, theatre, books or songs - offers us an under-explored way to convey concepts, and build meaningful activism?

To bring Boris the BabyBot into the world, you've run one of the most successful crowd-funded publishing campaigns in South Africa. What advice would you give others looking to do the same?

Yoh. I can’t tell you how thrilling it was to have 200-plus people, friends and strangers alike, get behind this idea. The best advice I got was to aim to build momentum early. We hit 100% of the initial fundraising goal in the first six days.

Are there online resources or tips you would give to people interested in making their own books in South Africa?

They should probably get advice from someone who has done this more than once, but I’d definitely encourage people to support existing efforts to bring books into the world, for example by signing up with Book Dash. If you’ve got a book that kids want to read, consider donating copies to reading clubs or *cough cough* support Nal’ibali *cough*.

What hopes do you have for Boris, now that he's out in the world, and how can people get their hands on a copy?

My simplest hope is that the book creates an opportunity for grown-ups and kids to enjoy some story time. If the BabyBot sparks some kind of conversation or awareness about bigger themes, that’s great, but above all, let’s have fun. The book should be going out into the world in the coming weeks, and people can also pre-order it at BoristheBabyBot.org.

Reading and telling stories with your children is a powerful gift to them. It builds knowledge, language, imagination and school success. For more information about the Nal’ibali campaign or to access stories in a range of SA languages, visit www.nalibali.org.

Boris the Babybot alerts kids to dangers of the internet

Meet Boris. He's small, metal and squiggly - and he's on a mission to teach children about online privacy.
News
2 years ago

In Johannesburg you have to pay to picket. Activists have had enough
News
3 years ago

"Telling our own African stories helps us find ourselves and remind us of who we are."
Books
2 years ago