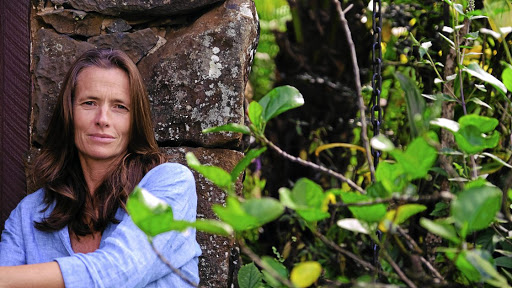 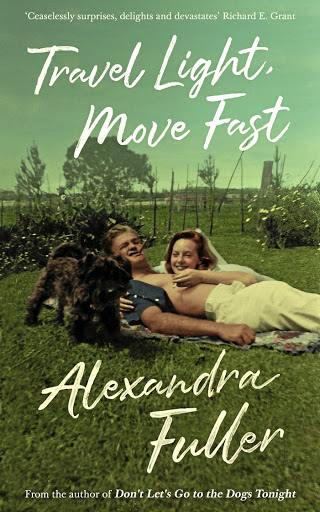 "My father would die eventually, of course," Alexandra Fuller had thought. "Everyone does. But surely he'd die like a tree. He'd remain standing, casting cool shade on all of us on hot days, offering us fuel for warmth with his breaking branches on cold nights; he'd petrify like those fossilized forests near the Muchinga Escarpment. He'd be forever preserved a rose-colored pink, but he couldn't be gone. Except now he was."

If Cocktail Hour Under The Tree of Forgetfulness was Fuller's paean to her impossible, unstable mother, this new memoir belongs to her father, Tim. When he fell ill, in Budapest of all places, so far from his beloved Africa, Fuller flew from the US to be with him and her mother. They had been on holiday there, unable to afford their beloved Paris but, with just enough money from a not-too-bad banana crop in Zambia, they travelled to Hungary, to the city they were told was "the poor man's Paris". There he became ill with pneumonia - "he collapsed like a souffle" said her mother - and Fuller stayed by his bedside for 12 days in a dilapidated communist-era hospital. Outside in the scrappy garden oncology patients wandered, dragging their drips along, smoking. Mrs Fuller fed the feral cats with her husband's untouched food.

The city was sweltering and heaving with Syrian and Afghan refugees. The train stations had been closed. Near the hospital, she notes, the press of refugees thinned. "There were scattered clusters of people, like tragic little birds broken off from the main migratory group, but it didn't lessen the weight of their sorrow."

Fuller was acutely aware of the exiles, of their ruptured homelessness and especially their grief.

"Grief is like weather when it's held by so many; a grief cell, a grief cloud, a grief front. An area of grief stalled now, for the moment, over Budapest; stalled, not ended. And there was no end in sight."

Tim Fuller was a handsome man, a restless romantic born into a posh family in England.

"He'd been born with a tarnished spoon in his mouth, and he'd spent his life trying to lose the taste." He was lured to Africa, first to Kenya where he met Alexandra's mother, Nicola, and then to what was Rhodesia. Over the course of five memoirs Fuller has told the family history:

"Tim Fuller went to Africa and lost everything," the aunts had lamented.

Each time she widens or narrows the aperture, focusing on different characters or different acts of the Grand Guignol theatre that is the family story: the failed farms, the civil war, the droughts and madness and drink, and the three dead babies.

"It's always been about loss in our family, an abundance of loss. Although some things were surprisingly tenacious or were grimly hoarded. Books, of course, thermos flasks and Mum's orange Le Creuset pots. We took only what could fit into a short-wheelbase Land Rover."

Eventually, after managing to get him cremated, Fuller and her mother returned with his ashes to Zambia. Together with her sister and others they cobbled together a remembrance ceremony and laid him to rest in the hollow of a baobab tree on the farm. That it was also home to a hive of testy bees seemed fitting.

"The death of the force behind a family is not something the average family of Anglo-Saxon heritage will withstand," she writes. "The family falls, that's inevitable; but it either falls together or falls apart. That isn't a choice, though; it depends on the family's fault lines."

And the fault lines of the Fuller family, it emerges, are too deep. It is too riven with loss and anguish, blame and rue to fall together.

In awful succession Fuller suffers loss after loss: her sister Vanessa cuts her out of her life, her mother turns away from her too. Her fiancé in the US breaks off their relationship; she loses access to the farm, and her father's grave, in Zambia. Finally she suffers another death that is so agonising the reader has to turn her eyes from the page.

From her first book, Don't Let's Go to the Dogs Tonight, onwards Fuller has demonstrated an uncommon emotional power, and she has never shielded her own core from the heat of her torments. Here she near immolates. But, as always, she survives.

"Grief erodes us," she told an interviewer recently. "In a tiny way I began to feel what it must be like to be a refugee, to lose land and family. The only way to survive this was to dissolve myself in a vat of grief, to get down to the essence of who I was, which, with all of his losses, is what my father had done."

Memoir and quest combine to form a deeply moving history and the story of a life, writes Michele Magwood
Books
3 years ago

'We went through three years of my father's illness and at the end of that my father died and my mother made that decision that we just got through ...
Books
2 years ago