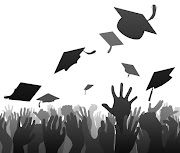 Image: 123RF/Christos Georghiou The academic book industry is flailing after the introduction of a new policy that gives students cash, not vouchers.

A change in policy by the National Student Financial Aid Scheme (NSFAS) has cost the book industry more than half a billion rand this year, putting hundreds of jobs at risk.

New figures compiled by the Alliance for Academic Success show that since NSFAS moved from a voucher to a cash system in January, sales at academic booksellers have dropped by R540m, compared with last year.

Previously, the R5,000 book allowance was ring-fenced and could only be spent on learning materials. The allowances are now being paid directly to students’ bank accounts as cash, which many students are not spending on academic materials, as intended.

As a result, sales have dropped by 40% across the academic bookselling industry and by nearly 91% at some stores. Alarmingly, this vast decline is especially evident at campuses with a high percentage of NSFAS-funded students, such as the Siyabuswa campus of the University of Mpumalanga.

There is a clear and present danger that bookstores at these campuses may need to close, resulting in job losses and a breakdown of book supply to students. We estimate that between 40 and 70 stores are at risk of closure around the country, with hundreds of jobs on the line. This simply cannot be allowed to happen.

It is especially small- to medium-sized entrepreneurs that are feeling the brunt of the NSFAS shift to cash. Not only has revenue been affected, but we have no clarity on the official policy for next year. This means that we cannot order the correct quantities of books, despite last order deadlines looming.

Meanwhile, at a time when universities are seeking good-quality local, Africanised content, academic publishers may also find it problematic to invest robustly in new local textbooks or updated editions if sales are dropping, and predicting sales is becoming more difficult.

We have written to minister of trade and industry, Ebrahim Patel, in the hopes of engaging with him and the department of trade and industry on the matter. It cannot be that a government decision, taken seemingly without consultation, can simply collapse an industry and cost hard-working people their jobs.

Of course, the concern goes further than just our industry. As we have said repeatedly, it is essential that students have their prescribed textbooks to succeed at university. This is why a book allowance is included in the NSFAS bursary. If students are not using the book allowance for the learning materials they need to study, their academic success is at risk.

Evidence from Botswana, where a similar policy change was made in 2017, showed that a similar decline in book sales led to a drop in pass rates and an increase in dropouts. What hope is there for our students to get jobs if they do not succeed academically? It is crucial that the government take urgent action to avoid our students’ futures being swept away by an “academic tsunami” in South Africa.

This release was issued by Mohamed Kharwa, convener of the Alliance for Academic Success