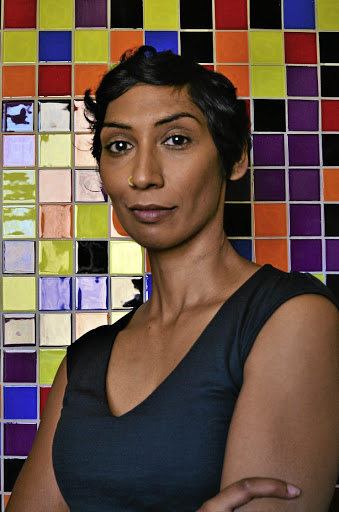 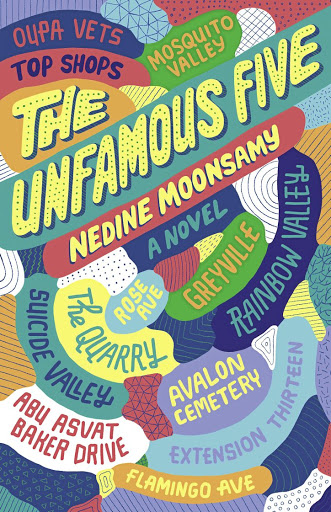 Nedine Moonsamy's The Unfamous Five brings us into the world of Janine, Neha, Kumari, Devon and Shejal, who witness a violent crime as teenagers in their local suburb of Lenasia.

Moonsamy explains: "The Famous Five is about these British children who have a series of adventures where they encounter injustice and crime, and they're able to match it with heroism. Yet you can already see how harbouring an expectation of this kind will fall flat in crime-infested South Africa."

Thus there are no amateur sleuths emerging from the traumatic event. Instead, the crime is a catalyst which impacts the Five well into their adulthoods, in both comic and uncomfortable ways.

"I wanted to engage with and unravel the formula of the adventure series in a manner that is both political and playful," says Moonsamy.

The story spans from 1993 to 2003, as the characters, each with their own equally important narrative, grapple with relationships, faith, careers, unwanted pregnancy, sexuality and ageing parents. Through it all, the novel's setting, Lenasia, acts as the unspoken sixth member. The characters find the landscape and their community both supportive and suppressive, a relationship that echoes the ones the Five have with each other.

But the setting is more than that, says Moonsamy. "People always equate the act of reading with travelling and the pleasure of immersing yourself in foreign countries and cultures. But for marginalised people the opposite applies: reading a novel that uses your world as a centre involves the rare pleasure of finally coming home to yourself in a world where you have always been excluded."

The Five's story is far from exclusive. While readers, from adults to mature teens, might find themselves envying the strength of the Five's friendship, which extends into their adult lives, they will find commonality in the Five's adventures and misadventures.

The story illustrates the challenges of the everyday while exploring the human condition. This is underlined in a powerful moment when Shejal declares: "We all think we're special or breaking with tradition to do things for ourselves, but it's all just part of a pattern. A system of sameness that makes us think we're all doing it differently."

Yet, while this book may focus on the everyday, it remains a unique and enjoyable read. Tiah Beautement @ms_tiahmarie

Cripes! 'The Famous Five' turn 75 in May. Rather than a nostalgic revisit of their adventures, they've been given a delirious reboot by comic writer ...
Lifestyle
5 years ago

A Long Walk from Westbury to Sandton

The author says she wants to inspire with her journey from poverty to prosperity, writes Anna Stroud
Books
2 years ago

Jolly splendid to see my son taking to Enid Blyton

My son has started talking like a prepschool boy from the 1940s . He begins his sentences with: "I say!" When things go wrong, he says "Bother!" or ...
Lifestyle
7 years ago

Lenasia has plan to fight back

The Lenasia community patrollers have vowed to take back their streets and stop crime. Enough was enough, said the 98 members who have committed ...
Lifestyle
8 years ago