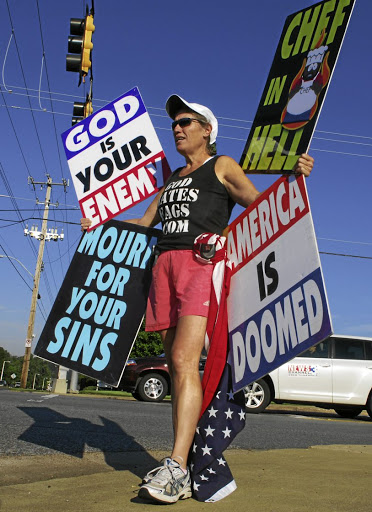 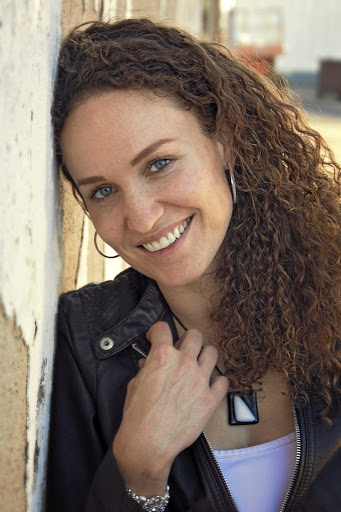 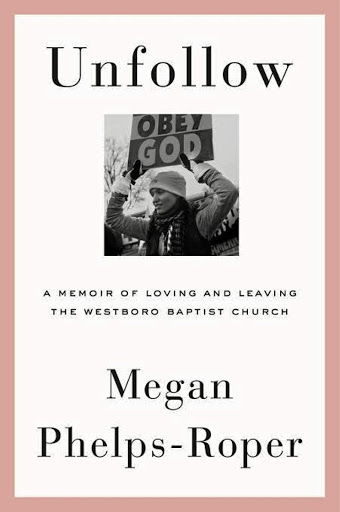 There's that tah-dah magical book moment when revelation and empathy meet and you finally begin to understand someone whose life and causes had seemed incomprehensible. This happens frequently in Megan Phelps-Roper's memoir Unfollow, her everything-laid-bare account of leaving the cult-like Westboro Baptist Church (WBC).

Leaving the WBC was not easy. It meant never seeing or speaking to her family again. Located in Topeka, Kansas, the church of 80 to 100 members is made up mostly of her relatives - known as the "Most Hated Family in America" because of the viciousness that they have proudly peddled while picketing for more than 30 years.

Church members hold up offensive placards: "Thank God for Dead Soldiers", "Your Rabbi Is a Whore", "God Hates America", "God Hates Your Feelings", and, most notoriously, "God Hates Fags". They are tenacious - protesting outside military funerals, celebrating the deaths of soldiers and revelling in school mass shootings as proof of God's vengeance on the US for the sin of accepting homosexuality. Hurting people with their gleeful message of a savage I-told-you-so.

Fred Phelps, their "Gramps", was the poisonous glue that held them together (he died in 2014). He finished school when he was 16 and had to wait until he was 17 to join the Military Academy at West Point. During that gap year, he went to a tent revival and was "saved". Instead of becoming a military man, he became a preacher. He landed in Topeka and was so popular at the Eastside Baptist Church that they asked him to lead the new church across town - Westboro.

Gramps was complicated, and more than just a cruel, close-minded bigot. He was smart. He was a lawyer who worked for decades for the civil rights movement, opposing segregation and white supremacy. He spoke about the "de facto bondage of blacks in South Africa". Megan writes: "There could be no question that my family had been on the noble side of that dispute."

But that would not last. Soon Gramps was disbarred from the legal profession. Having spare time now that he was not practising, it was as if the devil found work for idle hands. Biking through a neighbourhood park with his grandson Josh one day, he noticed two men in a wooded area. He soon found out that sex in the park was a well-documented issue. He started a war with the city when it did nothing about this, and eventually the church took to the park with their placards.

The protesting started when Megan was five, a curly-haired little girl gripping a "God Hates Fags" sign that she couldn't yet read. She didn't understand why strangers came up to her family, swearing, screaming, grabbing their signs.

Megan writes about abuse the family suffered under Gramps and later the elders of the church. She documents the cruelty doled out by her mother that she and her 11 siblings would tolerate because of their love for their parents and because of their indoctrination.

They would have daily family meetings (besides going to church to hear Gramps preach) and would have to learn Bible verses and their literal interpretation, taking it all as fact. There was no doubt in their minds that only their family would be going to heaven.

But, clearly, there was a deep and wondrous love there, and throughout her memoir Megan recounts how they were always together (mostly because they isolated themselves with, ironically, a victim mentality) and that their bond was something to be admired. They had fun. They were loved.

Because Megan became the de facto spokesperson and took to tweeting the horrible gospel according to the WBC, she engaged with others. There was the usual abuse, but some people took time to speak to her and listen to what she had to say. In turn she did the same. And that helped her to start thinking and questioning the WBC's take on the Bible.

One day as she was painting a basement, trying to cover purple stripes with white paint, she noticed that the dark would shine through no matter how many layers she rolled on. The opposing doctrines of the WBC clashed in her mind.

"We had been claiming to love thy neighbour all my life. We claimed we were the only ones who truly cared about anyone else. 'We're the only ones that love these fags!' Gramps would say in his Mississippi drawl.

"But at the same time, we had been wholly dedicated to antagonising the world. We mocked and delighted in their suffering. We demanded they repent, and then asked God to preserve them in their sin. We prayed for him to destroy them." And the clincher: "What if they were just people?"

In 2012 Megan left the church with her younger sister Grace and found out that they are just people. But she is a person who has one powerful and important message: that today we are responsible for creating more tribes of Us and Them. Just like the WBC did. People on both sides play the victim. Scream and shout.

The only way that we can reach each other, says Megan, is to "foster a culture in which we have the language to articulate and defend sound arguments as to why certain ideas are harmful, the precise ways in which they are flawed, and the suffering they have caused in the past".

Fred Phelps, the founder of the Westboro Baptist Church, is near death according to his son, Nathan "Nate" Phelps' Facebook page. The Westboro ...
News
8 years ago

According to a report, the Satanic Temple has performed a 'pink mass' to turn Westboro Baptist Church founder Fred Phelps' Jrs mother, Catherine ...
News
8 years ago

At the time of the Manson Family murders, Charles Manson, who thought of himself as 'the fifth Beatle', was on the fringes of the Hollywood music ...
Lifestyle
2 years ago

An online 'guru' is okaying suicide, telling people that it is a 'reset button'
Lifestyle
3 years ago