Chronicle of SA's heady counterculture that united through music 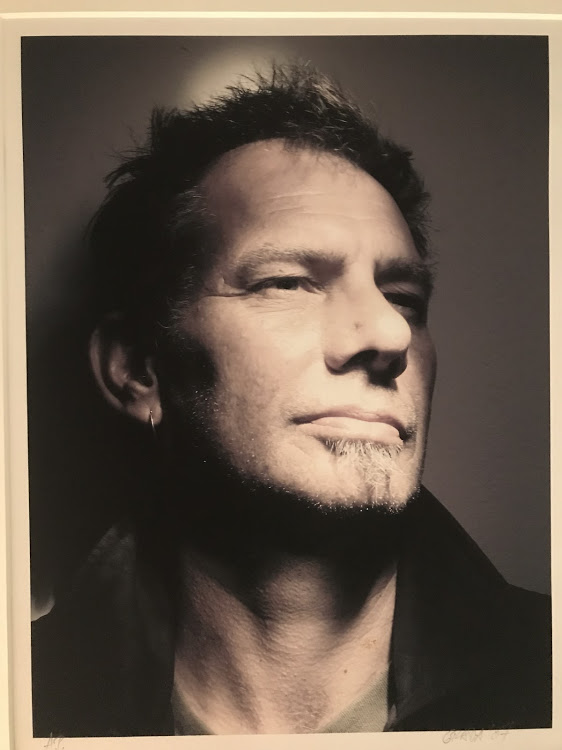 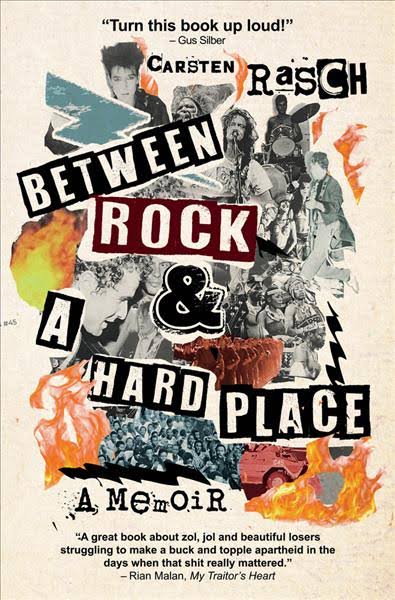 SA's history is marred by the blight of apartheid; a period defined by enforced racial segregation, inequality, violence and crimes against humanity.

Yet from this system an anti-system was born: one of protest through music, regardless of race, class, and age. And Carsten Rasch experienced it all.

Rasch's memoir, Between Rock & a Hard Place, documents his years as a musician and music promoter during the turbulent decades of the late '70s and early '80s and can be regarded as a tangible testament of how a divided country was united by music. (And jols. Many, many jols.)

“Amongst us there was no apartheid,” Rasch says of the Saffas who embodied the anti-apartheid subculture scene.

“We spoke about 'darkies' and 'whiteys' and 'lefties'. We labelled one another, we jolled together - illegally at the time,” he asserts, briefly raising his eyebrows.

“I had a lot of black friends, coloured friends. More so than today. Today there seems to be a big divide ..."

Rasch trails off, his brow furrowed.

“We needed to escape that time and I think that was really one of the kind of things,” he continues, referring to the solace found in the multiracial music scene of the time.

“There's a couple of ironies contained in this whole thing,” he starts. “The great irony is that without apartheid,” Rasch pauses, a look of concentration on his face, “without apartheid probably very little of that white rock kind of new-wave punk thing would have happened ... Without apartheid I really have no idea which direction we would have gone ...

“At that time we whiteys discovered our Africanness - not all of us and very few Afrikaans people,” he knowingly adds.

“We went through a phase of unbelievable music that was made in the '80s.”

From Johnny Clegg’s Juluka to The Dynamics and Peach to Mapantsula, Rasch encountered and absorbed the (sub)cultural scene of the time in its entirety.

“Since then it's been completely forgotten and that's one of the reasons I thought that should be written about.”

A book, a bar and Bernoldus

Rasch takes a solid sip of his coffee before acknowledging that writing a memoir never occurred to him, and that the only previous writing experience he had was the odd music review for Vrye Weekblad and Fair Lady.

The conception of Between Rock & a Hard Place can also be attributed to Rasch's management of the now defunct Blah Blah Bar.

It was while running Blah Blah that Rasch discovered that most of the young musicians he came in contact with “didn't know anything about the music of the '80s”, barring “maybe a little bit” about Bernoldus Niemand and Voëlvry.

Enter his decision to write an account of SA's counterculture musical history, further motivated by the importance of “these guys [current musicians] needing to know where they come from.

“If it wasn't for that generation breaking that ground, Voëlvry never would have happened.”

A rebellious boytjie from Springs, Rasch was born into a stoere Afrikaanse huishouding and penned the passages of Between Rock & a Hard Place featuring his family in Die Taal - sans soutie translations.

“It was to make it authentic,” he explains in light of the decision to retain his mother's as opposed to the Queen's tongue.

Writing with authenticity proved a challenge: if Rasch were the personification of a road, he'd be retro Rockey Street; his family a (pre-Philip Kgosana) De Waal Drive...

“I wanted to write something quite positive. Tongue-in-cheek but positive. I didn't want to diss anybody.

“Up to this point not one of my siblings has actually come back to me,” Rasch laughs.

None of his family members received a manuscript before publication. That honour was reserved for those who fought the system with as much passion as they engaged in drug-fuelled debauchery; the main characters; the lasting friends; the genuine chinas; the soul ous.

“I gave them a rough copy to read ... they didn't like everything,” he admits, yet he was met with a resounding “go for it” from the lot.

“I didn't change anything about them,” he says with gentle fondness.

Rasch and his fellow counterculture cats have since replaced zol and jol with raising kids and nine-to-fives. *Cue Fatboy Slim's Don't Let the Man Get You Down*

“All of them have settled down!” Rasch incredulously laughs. “We do settle down! I settled down completely.”

Parenting and steady employment resulted in an entire period of music which passed him over in the early '90s.

“I missed an entire generation of bands I only discovered when I opened the Blah Blah Bar.”

Rasch declares that SA's live music scene has “taken a big dip”, denouncing both the government for not taking a leading role in supporting the arts and the still-segregated nature of our society for this setback.

“We're so racially divided and polarised that it becomes negative,” he states, elaborating that - as a white person - to “try to get money for something” has turned into a contentious issue.

“You almost feel guilty that you should really ask ...”

He also finds it “disturbing” that local bands tend to stick to their comfort zones without expressing any desire to leave fundamentally confining spaces.

The reluctance to break the age, genre and race divide - which Rasch pursued with the Blah Blah Bar - results in the creation of “tribes ... tribal pockets where they play for little crowds”.

He adds that it's up to the bands and the musicians to get out of their comfort zones and that forcing them out of their harmonic havens will result in them having to deal with “all kind of shit that they don't usually have to deal with” - a necessity which has proven positive in the past.

“Once you challenge people they rise to the challenge - mostly.”

The advent of the 21st century isn't all that kak, though.

From Michael Cross' award-winning 2018 documentary The Fun's Not Over Yet: The James Phillips Story, to sold-out Gereformeerde Blues Band reunions in Joburg and Cape Town in 2019, the commitment to preserve SA's protest music scene has transcended eras.

“We need to document this,” Rasch nods. “Soon it's going to be too late.”

He adds that the politics of yore didn't allow for the stories of that time to be told properly.

“That's also why I wanted to write that story. The real counterculture story.”

As for those of us who either weren't subjected to a SA under apartheid, or don't intend to publish our memories thereof, yet crave a palpable reminder of the country's counterculture past: eet kreef!

"Two days later we set off, the kombi packed with Dax, Mick, Larry and Mojo, a lot of gear and copious amounts of drugs"
Books
1 year ago

Shifty September: Come on baby, 'Do the Lurch'

There was a bemused reaction among his friends at the inclusion of James Phillips in the series of stamps of musicians the Post Office issued last ...
News
5 years ago

Shifty Records was born 30 years ago. Tymon Smith reminisced with its founder about his caravan of musical orphans Lloyd Ross turns to me as we're ...
Lifestyle
5 years ago