Peter Church's racy 'Dark Video' to be released in the US 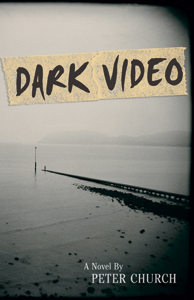 Cape Town author Peter Church’s debut Dark Video made an impact when it was first published in SA in 2008. Church’s writing was described as “dark and racy”, and he was hailed as an exciting new addition to the SA mystery writing scene. That novel is now being released for the first time in the US by Catalyst Press, after the success of Church’s Crackerjack last year.

In it, Alistair Morgan is a student at the University of Cape Town. He has looks, money, brains and as many girls as he wants, but that’s not enough. He wants the thrill of operating close to the edge. There’s a rich market for explicit videos showing sex and violence, but what starts as a game for him rapidly spirals into something he can’t handle and doesn’t want. Dark Video is a scary look at a nasty industry that will stop at nothing to get what it wants.

With a background in IT and a successful career in that industry, Peter brings his knowledge to bear in his thrillers. And he has quite a different take on what goes on below the surface in Cape Town, SA's tourist mecca.

He talks more about that and much more in this The Big Thrill interview.

What attracted you to the dark video industry as the backstory for a novel and how did you go about researching it? They rely on secrecy to function. Were you able to explore below the surface at all?

Perhaps, rather frighteningly, the inspiration for Dark Video was my own university experience. I stayed in the same Kopano residence (previously called Belsen by the returning WWII servicemen) and also in the “Gorillas” digs (what is called a frat house in the US).

I wanted to explore what we could have done as students if we’d had access to the video technology available today. How far would we have pushed the envelope? The characters of Dark Video went beyond my wildest memories of those days.

There was lots of material available, both fiction — movies like 8mm — and non-fiction — such as the search for the videos of Paul Bernardo — but no, I never got to meet any of the deviant producers and clients of Dark Video. I promise.

Much has changed since you first wrote Dark Video, yet the theme of the book is at least as relevant today as it was then. What aspects of the dark video industry have changed and was it necessary to update the book to reflect that?

I wrote the outline for Dark Video in 2005/6 after  the launch of video sharing sites on the internet. I definitely didn’t realise how prescient it was and how pervasive video sharing would become in a few short years. At that time most of our knowledge of dark videos involved anonymous old men watching reel-to-reel movies in smoky private cinemas.

The mystery and secrecy of the old cults was removed as dark videos became mainstream on the net. We didn’t update Dark Video because it is a tale of those times.

I held the launch of Dark Video at a strip club in Cape Town. I told the owner that I wanted it to appeal to an international audience. He opened on page one and said: “Will they know what tackies are?” We changed some South Africanisms (“tackies” stayed!), but not the tech or storyline.

He takes readers to the heart of the dark web, where nothing is sacred and anything you say can and will be used against you, writes Barbara Erasmus
Books
2 years ago