To our sons, whom I will never see become men 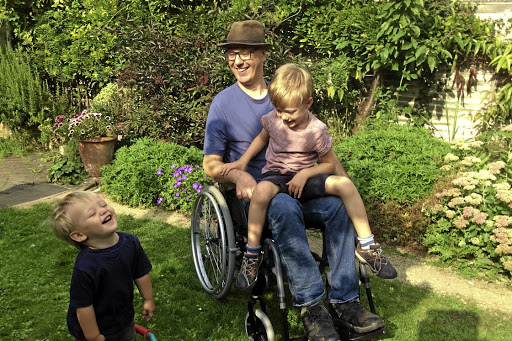 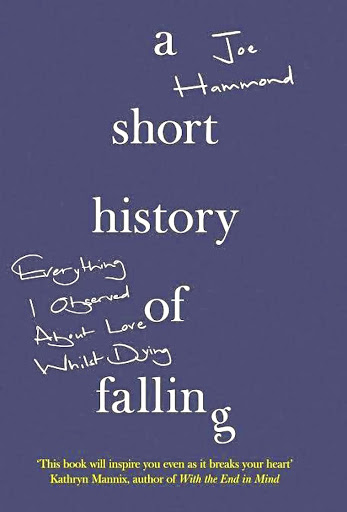 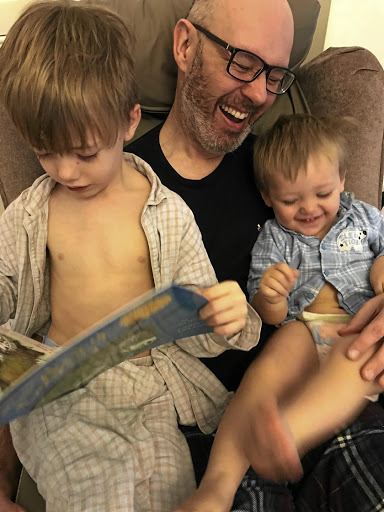 "We keep an old shoebox, Gill and I, nestled in a drawer in our room. It's filled with thirty-three birthday cards for our two young sons: one for every year I'll miss until they're twenty-one. I wrote them because, since the end of 2017, I've been living - and dying from motor neurone disease," wrote British playwright and author Joe Hammond.

A Short History of Falling is like a collection of such shoeboxes, a brilliant memoir overflowing with memories of love and gratitude for his wife and sons as his body inexorably fails him. Hammond died in December, two years after his diagnosis, at 50 years old.

Despite bodily losses which accumulated week on week until he could not swallow, talk or breathe unassisted, Hammond's writing is not sentimental. It's not a book about dying, though grief and death are themes he explored, it is about celebrating life and what we have, particularly those of us with healthy bodies.

Hammond observed the world from an acute angle. "If I could just stop falling over, this would be a funnier book ... from a height of six foot three, falling always takes so long. Or it feels like it."

As the incurable disease gets its claws into him, forcing the family to leave Portugal, where they were staying, he must rely on his wife, Gill, for almost everything.

"I say thank you a lot to Gill. It must be thousands of times a day and I mean it so much. It's not manners ... It's just gratitude that comes tumbling out of me for all the things she now has to do for me.

"That's a nice feeling to have so much of. The differences between our bodies does separate us; the difference between air and stone," he writes. In his final days he describes himself as unnaturally still while his family orbit around him.

Nothing is taboo in Hammond's immersive account, including the fear and five days of crying which gripped him after he was diagnosed with "Mooto Nuney Disease", his young son's name for the illness, the same one that killed Springbok rugby player Joost van der Westhuizen at the age of 45.

Early on in his disease, his older son, Tom, now seven, asked if he was going to die. Hammond confirms the inevitability of death for them both.

Unlike Tom's growing awareness of dying, some of Hammond's visitors cannot cope with his frailty or looming death.

"People are divided in our life like oil and water, between those who arrive at our door with flimsy boxes full of their own packaged-up needs and those more fortunate individuals who feel a comfort or familiarity with the idea of loss ... certain lives seem less bound by fear," he writes.

His own father - Hammond had a fractured childhood after his parents split up - is one of those people whose self-absorption prevents him from connecting with his dying son. In contrast, his wife gives him unconditional love.

Earlier on in their marriage, she freed herself from other people's expectations, including his younger narcissistic self.

"Everything gets heavier as you get older so that you can end up as a person weighed down, wearing several hundred coats with pockets full of other people's pebbles ... at this time of her life she had decided that other people's disappointments or frustrations were not her responsibility and never had been."

That shift gave her strength and, as his disease advanced, she was present for him generously and with kindness while caring for their two sons.

Two weeks before his death Hammond wrote for The Guardian newspaper - using a camera attached to his computer which tracked reflections from his pupils: "Recently Gill's been reading to me from old travel diaries ... the past feels so luxurious. But now it's the present. It's all been leading up to this. Sad but no longer broken. Here with Gill.

"It's a magical kind of sadness, saying goodbye. A bit like preparing to travel again, but no longer together."

Hammond's shimmering insights about living, dying, loss and gratitude linger long past the last word. This is a rare book - a story to share and to hold onto.

In her new memoir Alexandra Fuller focuses on her restless romantic of a father, writes Michele Magwood
Books
1 year ago

'We went through three years of my father's illness and at the end of that my father died and my mother made that decision that we just got through ...
Books
2 years ago

Gabi Lowe's 'Get Me to 21' is a painful, riveting and brutally honest memoir

Despite the tragic loss of the author's daughter Jenna, 'Get Me to 21' will leave the reader deeply inspired and reminded of the capacity and depth ...
Books
2 years ago