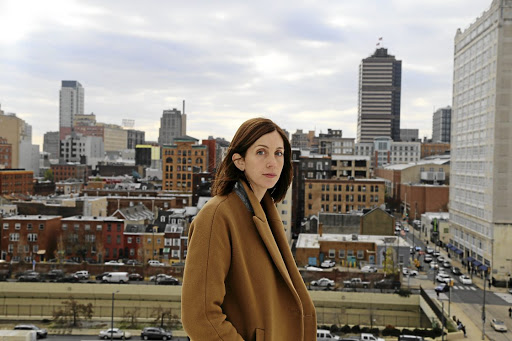 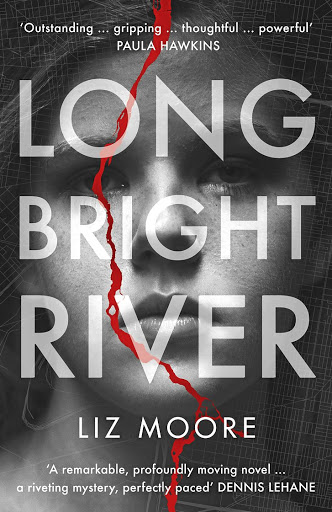 Philadelphia: Pennsylvania's largest city, immortalised by Rocky Balboa's triumphant run up the steps of the Philadelphia Art Museum; home to the Philadelphia Eagles; a metropolis renowned for its rich American revolution history. Yes, Philly has entered the minds of the global audience for auspicious reasons, yet there remains a side to the city seldom depicted in popular culture.

American author Liz Moore delves into a darker side of the city, revealing the reality of urban decay, societal outcasts and prevalence of opioid abuse in this gritty noir, Long Bright River. She introduces the reader to Mickey Fitzpatrick, a resilient police detective tasked with investigating a series of murders of sex workers. This case extends far beyond Mickey's profession and enters the personal as her younger sister, Kacey, is a sex worker herself.

Your protagonist is a street officer for the Philadelphia Police Department, whereas her sister is an addict and a sex worker. Was it always your intention to explore contemporary Philadelphia through opposite spectrums of the law via sisters specifically?

I think there's useful narrative tension contained in the idea of sisters who grow up very close - out of necessity, since their childhood was quite difficult - but who are estranged as adults. The pull towards one another through their shared history in contrast with the great divide that their different lifestyles has caused made the sisters compelling subjects for me.

I'm also interested in sisters because I have one I'm close to - she's seven years younger than me, so growing up I felt very protective towards her, almost like another parent.

Mickey can be regarded as an anomaly in her line of work, which tends to be largely male dominated. Could you elaborate on the challenges she faces on an everyday basis with her male colleagues and on her relationships with the prominent men in her life: Simon, the estranged father of her young son; Lafferty, her cheerful new partner and Truman, her more reserved former partner.

I made sure to speak with several police officers as part of the research for this book and I also made sure that at least one was a woman. I think women in male-dominated spaces often form a protective shield around themselves, and Mickey is no different: she's quite reserved in what she's willing to share about her personal life at work. She has a complex relationship with men since she wasn't close to any growing up.

In Simon, who's older than her, she sort of sought out a parent figure; in Lafferty she sees someone who has benefited from the "old boys' network", as he got into the PPD late and has friends already in the department, and in Truman she sees a respected mentor. I'm afraid to say more for fear of spoiling the book, but it's safe to say her relationship with men is quite complicated - and now she's raising a son, so she's trying to sort out how to raise a good man at the same time.

Long Bright River takes an empathetic approach to sex work, a profession which is often met with disdain and connotations of shame. How can novels - and particularly thrillers in which sex workers play a prominent role - aid in the constructive nature of destigmatising sex work?

I think (hope) we're at a turning point in the way we view sex work. It's important to note that there are many different kinds: some people do sex work in a thoughtful and conscious way and have agency in that decision. Some people are trafficked or forced into sex work. And some people are motivated by extreme need - poverty, addiction or otherwise - so have a complex relationship with sex work, where they are in some ways willing participants and in some ways are not able to fully consent. Most of the women in Long Bright River fall into the last category and I tried to make a clear distinction about that.

You've referred elsewhere to your family's background of addiction. Was this a cathartic writing experience?

All of my novels have an autobiographical spark. I don't think I would be emotionally interested enough in a subject to invest four to five years in writing about it otherwise. But none of my novels are based on the exact circumstances of my life or my family's life. I think novel writing is always cathartic and when I'm finished with a novel I feel some closure. And I also feel ready to start something new.

Want to know what to read this year? Book editor Jennifer Platt has some suggestions: from mysteries and tall tales to essential guides to taking ...
Books
2 months ago

Everyone has secrets, and the residents in The Avenue are no exception...
Books
10 months ago

A true story of crime, punishment and redemption set in Parys

'These Are Not Gentle People' is a murder story, a courtroom drama, a profound exploration of collective guilt and individual justice, and a ...
Books
11 months ago

A healthy dosage of thrillers to keep you up at night...
Books
11 months ago

From the crime scene: Cape Town attorney survives attempted hit
‘’I’m on the frontline’’: Woman collects vital medicine for the elderly during ...