JACKET NOTES | Michiel Heyns on 'A Poor Season for Whales' 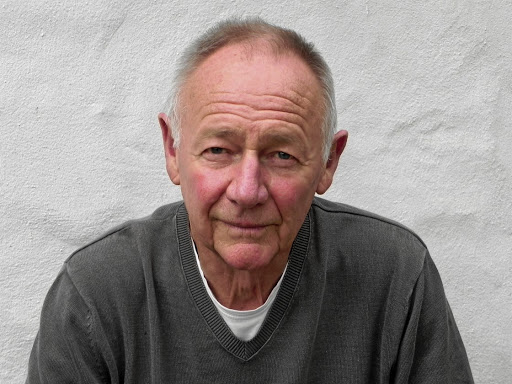 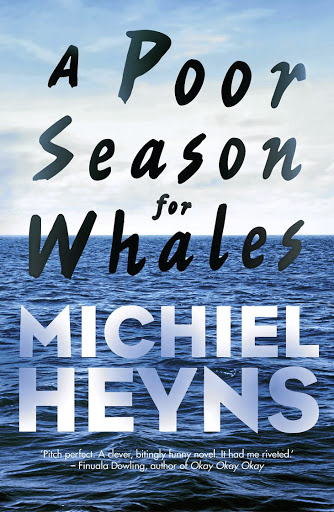 I was inspired to write A Poor Season for Whales, somewhat implausibly, by a couple of Airbnb guests staying in my spare bedroom. They'd been to Hermanus to see the whales, but didn't find any, and reported that they'd met an old gentleman on the cliff path who'd shaken his head sadly and said, "Ooh, it's been a poor season for whales."

That gave me the title of a book that I had yet to write and I literally fashioned my story around that quote. It helped that my publisher had said, when I presented him with my previous novel, I am Pandarus, set in ancient Troy, "I'll publish this one, but the next one has to be local." (Also an inspiration of sorts, I suppose: my publisher, my muse.)

So I started with a notion that my next novel had to be set in Hermanus, which is sort of local (I live in Somerset West). When I told this to Andrew Brown, whose last novel had been set in South Sudan, he said, "You can't possibly set a novel in Hermanus." I regarded this as a challenge: after all, my second novel, The Reluctant Passenger, had been set in Pinelands, and I'd managed to get a hijack and a sex scene out of that.

There is something referred to dismissively in British literary circles as "the Hampstead novel", that is, sophisticated novels about comfortably-off, sort of educated, left-leaning people.

My difficulty was to avoid writing such a novel, when I was (am!) such a Hampsteady kind of person. (Not that Somerset West is Hampstead, but we do have a dog park that does duty for a heath.) So the opening of my novel, cribbed and adapted from the opening of Jane Austen's Emma, was both a nod to Hampstead and a finger: "Margaret Crowley, handsome, clever and rich, with a comfortable home and happy disposition, seemed to unite some of the best blessings of existence; and had lived nearly fifty-six years in the world with very little to distress or vex her. It was therefore hardly to be foreseen that in her fifty-sixth year she would kill a man with a kitchen knife."

Actually, I wrote that opening after completing the novel; but it does render my experience of finding my novel getting out of hand, and straying from Jane Austen territory into something completely different.

Robert Graves, in his poem, The Devil's Advice to Storytellers, advises writers to populate their novels with "random persons whom you do not know" and then to "Let the erratic course they steer surprise /Their own and your own and your readers' eyes".

This was what I did: I set my main character walking along the cliff path with her dog (the dog was the only predetermined element: my novels always have a dog), and waited to see which random person she'd meet.

His name was Jimmy Prinsloo-Mazibuko, and he surprised my eyes and Margaret's. I hope he will do the same for my readers.

A Poor Season for Whales is published by Jonathan Ball Publishers, R270

Fiction Friday | 'A Poor Season for Whales' by Michiel Heyns

Now that she’d acquired a certain suburban notoriety as the woman whose husband had left her for a man, Margaret reflected, she was probably regarded ...
Books
11 months ago