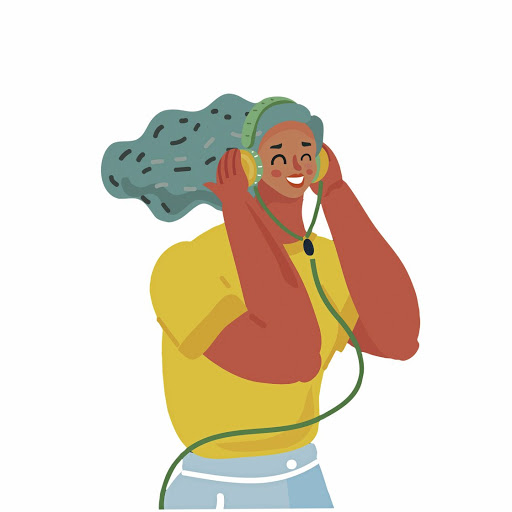 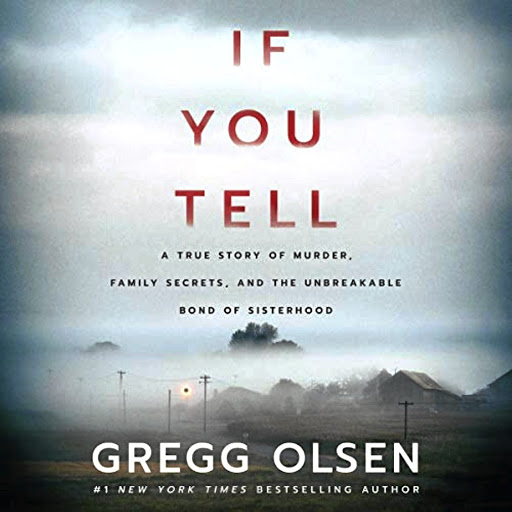 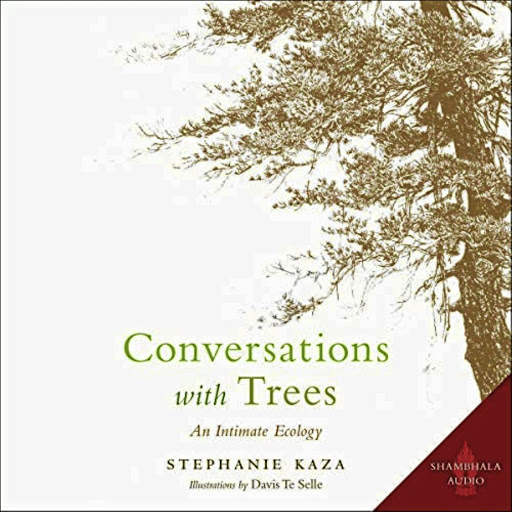 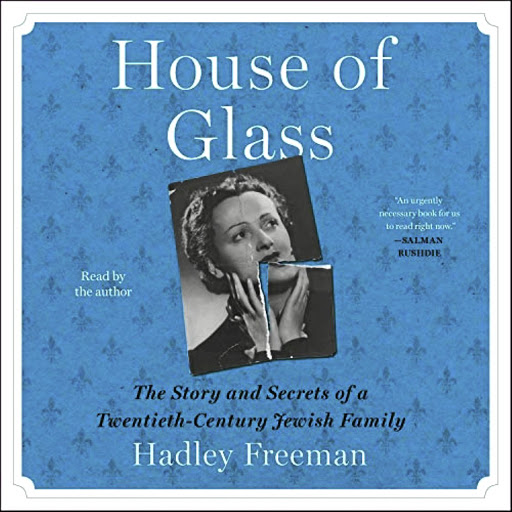 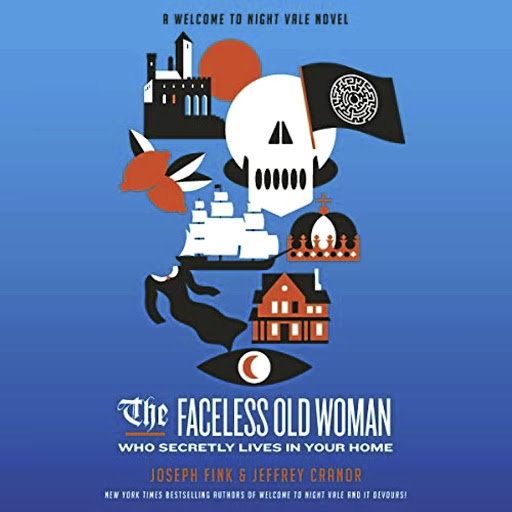 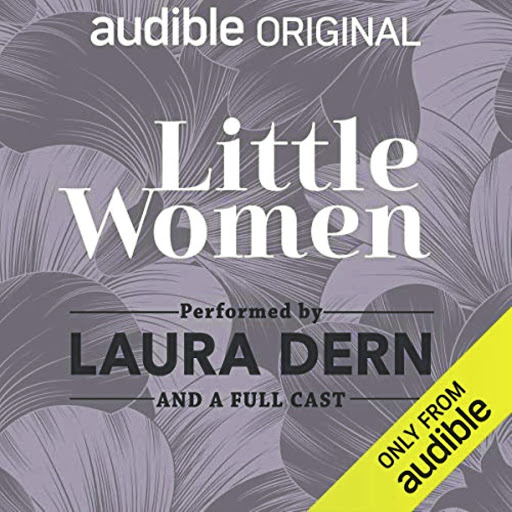 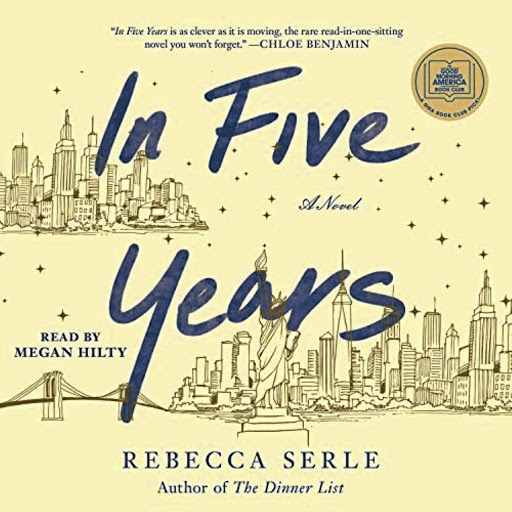 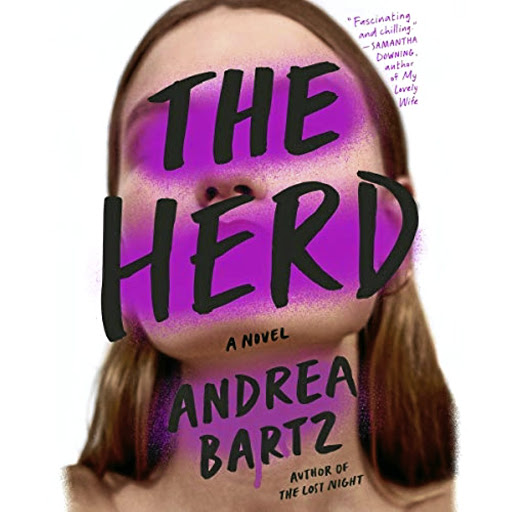 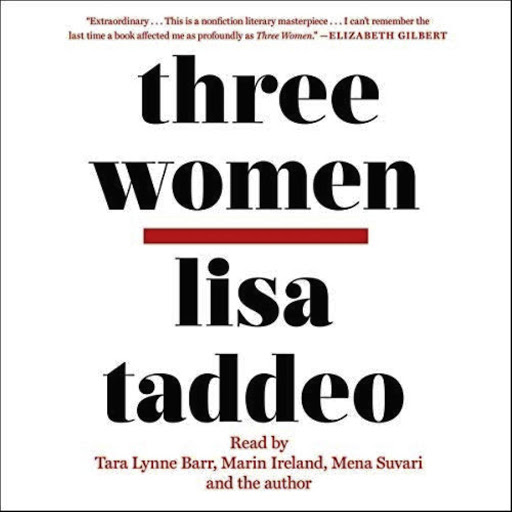 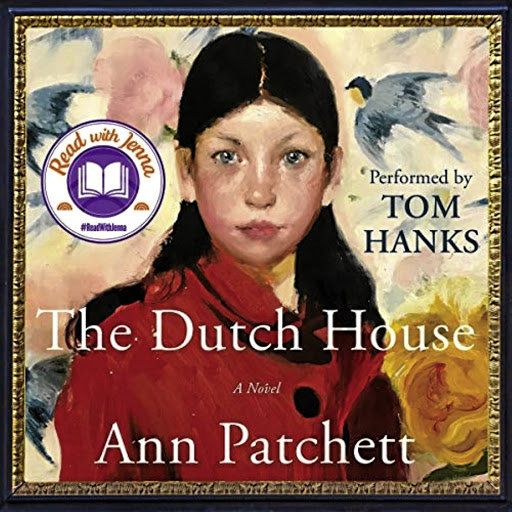 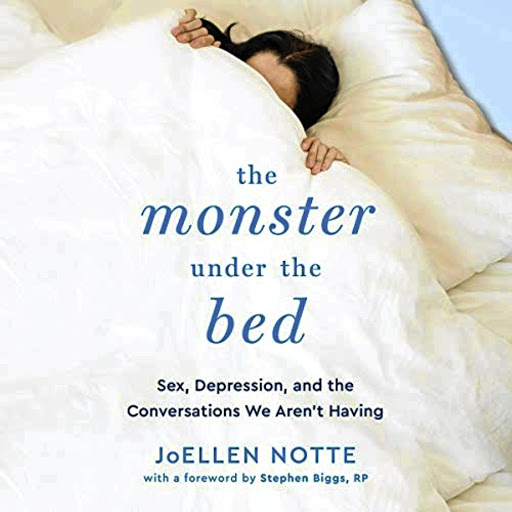 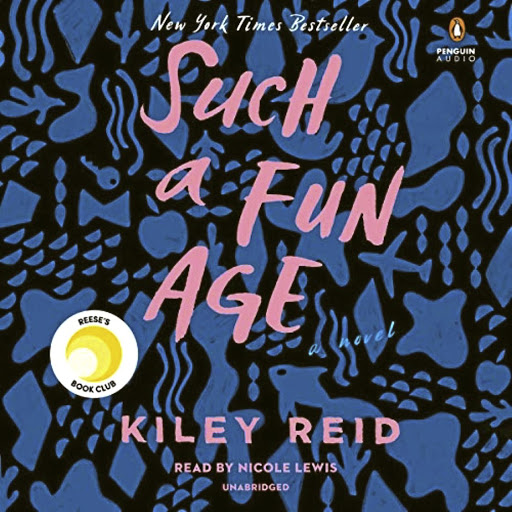 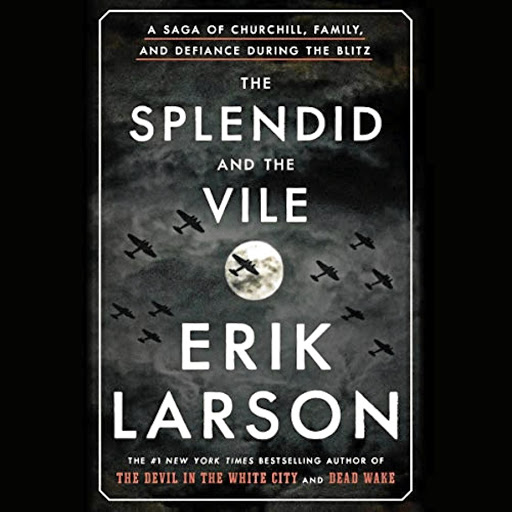 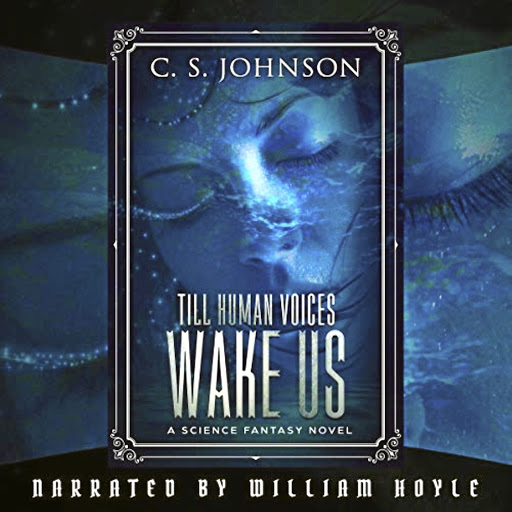 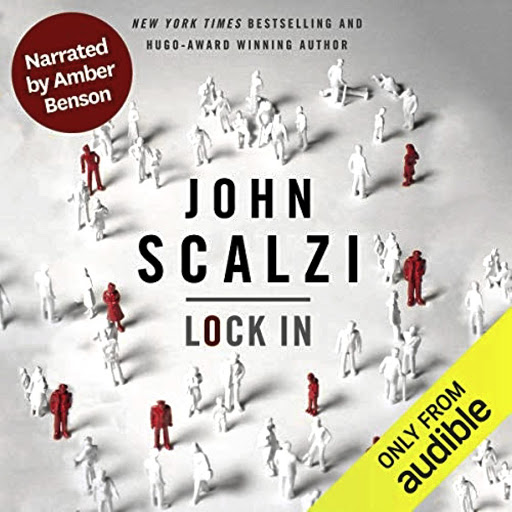 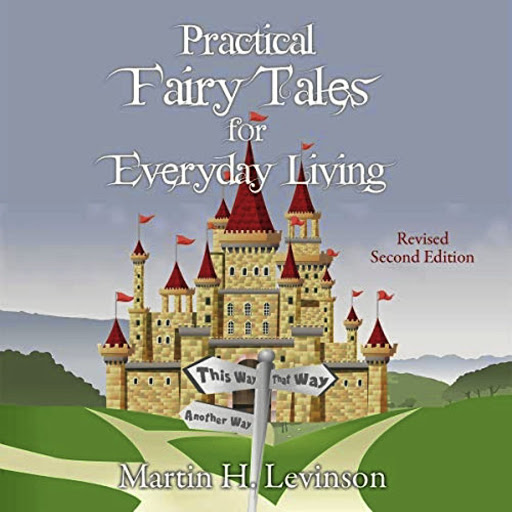 Lockdown can be rewarding in many ways. One of them is catching up on the piles of books you bought long ago with good intentions (silver lining, natch!). And if that is not enough, or your wrists cannot handle the weight of a book anymore (thanks Hilary Mantel!), a hands-free reading experience might be a good idea.

It can help to take a mental break from the stresses of the moment. You can have a timeout, put on your earbuds and immerse yourself in a different world for a while.

You don't need a kindle or kobo or any special device to read an ebook or listen to an audio one. All you need is to download the apps - Kindle, Audible, Snapplify or Kobo. Takealot requires you to download an eReader. Make sure the app you download is compatible with your device.

If You Tell: A True Story of Murder, Family Secrets, and the Unbreakable Bond of Sisterhood by Gregg Olsen

A shocking and chilling true story that delves into the lives of three sisters who survived their mother's house of horrors on a farm in Washington. Sisters Nikki, Sami and Tori suffered through years of abuse, degradation, torture and terror inflicted on them by their mother, Shelly. It was their bond that helped them through the years of abuse, which culminated in multiple murders. Narrated by Karen Peakes. 10 hrs 34 mins

Till Human Voices Wake Us by CS Johnson

A sci-fi fantasy thriller with a dark psychological twist. The protagonist is Milo Bishop, who grew up hearing his uncle tell stories about mermaids and never once thought they could be true. But when a near-death experience gives him a vision of a mermaid calling to him for help, Milo is forced to test his uncle's claims. Narrated by William Hoyle. 6 hrs 34 mins

Lock In by John Scalzi

The title might be a bit too close to home, but in this sci-fi thriller FBI detective Chris Shane's consciousness jumps between machines. Shane is genderless, so readers can fill in that information for themselves. Plus you have a choice: you can listen to the book narrated by a female, or the version read by a male, depending on your preferred experience. Narrated by Amber Benson or Will Wheaton. 9 hrs 56 mins

Welcome to Night Vale is a podcast about a fictional town filled with stories that can be both chillingly weird and cheerfully eerie. This is the third book in the series and tells the origin story of one of Night Vale's most popular characters - the faceless old woman. Narrated by Mara Wilson. 9 hrs 13 mins

The Herd by Andrea Bartz

The Herd is the ultra-trendy women-only workspace. All the elite in New York want in, but very few get in. After Eleanor Walsh, the charismatic founder of the club, goes missing - and it's presumed to be foul play - all the women involved in her life and in the club become suspects and the veneer of their facades starts to crack. Narrated by Karissa Vacker and Emily Woo Zeller. 10 hrs 59 mins

Such a Fun Age by Kiley Reid

Emira Tucker looks after Akix Chamberlain's baby. One night she is at a supermarket with the baby when the security guard accuses her of kidnapping the child. A pandora's box is released. Layer upon layer of racial profiling, privilege and identity are shown. But this is not a downer, rather it is one of the hottest titles this year. Do listen. Narrated by Nicole Lewis. 9 hrs 58 mins

Little Women by Louisa May Alcott

Even if you've read the classic and watched the recent film, you'll want to listen to the story of the March sisters all over again in this adaptation read by actress Laura Dern, who stars in the 2019 movie. Narrated by Laura Dern with Suzanne Toren, Lauren Fortgang, Allison Hiroto, Emily Bauer and Carly Robins. 12 hrs 15 mins

The Dutch House by Ann Patchett

Named one of the Best Books of the Year by NPR, The Washington Post; O: The Oprah Magazine, Real Simple, Good Housekeeping, Vogue, Refinery29, and Buzzfeed. This moving story about two siblings and their childhood home is read by the wonderful Tom Hanks. What more could you possibly want? Narrated by Tom Hanks. 9 hrs 54 mins

In Five Years by Rebecca Serle

When New York lawyer Dannie is asked where she sees herself in five years, she has a well-crafted answer at the ready. Later, after nailing her interview and accepting her boyfriend's marriage proposal, she goes to bed knowing she is on her way to achieve her plan. But when she wakes up, she's in a different flat and beside a different man. It's 15 December 2025, five years in the future. Narrated by Megan Hilty. 6 hrs 44 mins

One of the most anticipated books of last year, it was a bit of a struggle. The cover was a dark picture depicting all kinds of fruit, and one had to make the connection between that and desire. Plus, it was non-fiction about three ordinary women. Not true crime. Not romance. Not yummy mummy. Just normal women with normal lives. Written over eight years by journalist Lisa Taddeo as she drove six times across America to live with women from different regions and backgrounds, it is one of the most fascinating examinations of desire and pleasure. Narrated by Lisa Taddeo, Tara Lynne Barr, Marin Ireland and Mena Suvari. 11 hrs 23 mins

The Monster Under the Bed: Sex, Depression, and the Conversations We Aren't Having by JoEllen Notte

Notte is a sex educator, researcher and mental health advocate. Many say this self-help book, on understanding how sexual function is affected by depression and what keeps us from talking about it, will be on must-read lists for years to come. Narrated by JoEllen Notte. 5 hrs 19 mins

Conversations with Trees: An Intimate Ecology by Stephanie Kaza

You can get lost in Kaza's heartfelt meditations on the presence of trees, imagining lying underneath one and staring up at its branches. It gives one a sense of spiritual connection to those ancient beings. Kaza asks important questions about what it means to re-inhabit place, live simply and speak from the truth.Narrated by Stephanie Kaza. 6 hrs 57 mins

The Splendid and the Vile: A Saga of Churchill, Family, and Defiance During the Blitz
by Erik Larson

Larson is a New York Times bestselling author of five books which have sold more than nine million copies. Here he delivers a new, compelling look at Winston Churchill and London during the Blitz and how Churchill taught the Brits "the art of being fearless". A story of political brinkmanship. Narrated by John Lee and Erik Larson. 17 hrs 49 mins

In this revised second edition, 24 fanciful characters, who one can identify with, battle the usual assortment of problems, mishaps and mayhem. Not guaranteed the usual happy ever after, the tales end with the protagonist understanding their issues and how to deal with them. As the synopsis quotes GK Chesterton: "Fairy tales are more than true, not because they tell us dragons exist, but because they tell us dragons can be beaten." Narrated by Ben Hauck. 2 hrs 49 mins

House of Glass: The Story and Secrets of a Twentieth-Century Jewish Family by Hadley Freeman

The columnist and writer for the Guardian newspaper investigates her family's secret history, uncovering a story that spans a century, two World Wars, and three generations. After her grandmother's death, Freeman finds a shoe box containing photographs of her grandmother with a mysterious stranger, a telegram from the Red Cross, and a drawing signed by Picasso. These buried treasures send Freeman on a 10-year quest to uncover their significance. Narrated by Hadley Freeman. 10 hrs 15 mins

All available on Audible

All Jonathan Ball eBook titles under R100 during April

Lockdown getting you ... down? We've got you covered with our April Madness eBook promotion! All eBooks for under R100* for the month of April.
Books
1 year ago