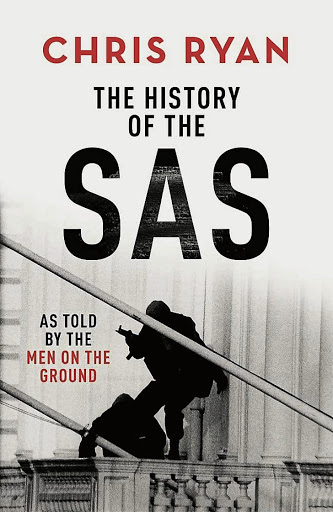 The History of the SAS ****
Chris Ryan, Coronet

Chris Ryan is well placed to tell the tale of one of the world's most revered special forces outfits, having spent a decade in the elite British Special Air Service (SAS). This included two weeks evading capture during the 1991 Gulf War after his eight-man patrol was compromised behind enemy lines.

Ryan chronicles the post-World War Two history of the SAS and its evolution, going from early operations in Malaya to deployments in Oman and Northern Ireland as the SAS was tasked with first jungle, then desert and urban warfare. He charts its ups and downs through conflicts in Kosovo, Yemen and the Gulf and finishes off with an overview of the unit's busy time in Iraq, Syria and Afghanistan in the past 15 years and the counter-terrorism operations that have become the unit's main focus.

Ryan shows you what it's like to be an SAS soldier in the steaming jungles of Malaya or the tension-filled streets of Belfast and how things can run smoothly - such as during the 1980 Iranian embassy hostage crisis and a rescue mission in Sierra Leone in 2000 - to when the wheels come off in the Falklands, Northern Ireland and Iraq. He also sheds some light on the secret wars and training of foreign rebels and militaries that the SAS would rather not talk about. His look at the witheringly exhausting selection process - which Ryan describes as the toughest in the world - is fascinating and shows why SAS men are so proud of their elite status.

Ryan has an often excessively high view of the SAS, but this is unsurprising coming from a loyal veteran. Nevertheless, The History of the SAS is a great overview of what Ryan describes as one of the most indispensable, and at times controversial, units in the British army. He shows the reader how a small, highly trained, innovative and unconventional unit is able to achieve results that would otherwise require hundreds of regular infantry soldiers.

Available as an audio and eBook

Leopold Scholtz has gone further and dug deeper than any researcher so far, writes Archie Henderson of 'The SADF and Cuito Cuanavale'
Books
1 year ago