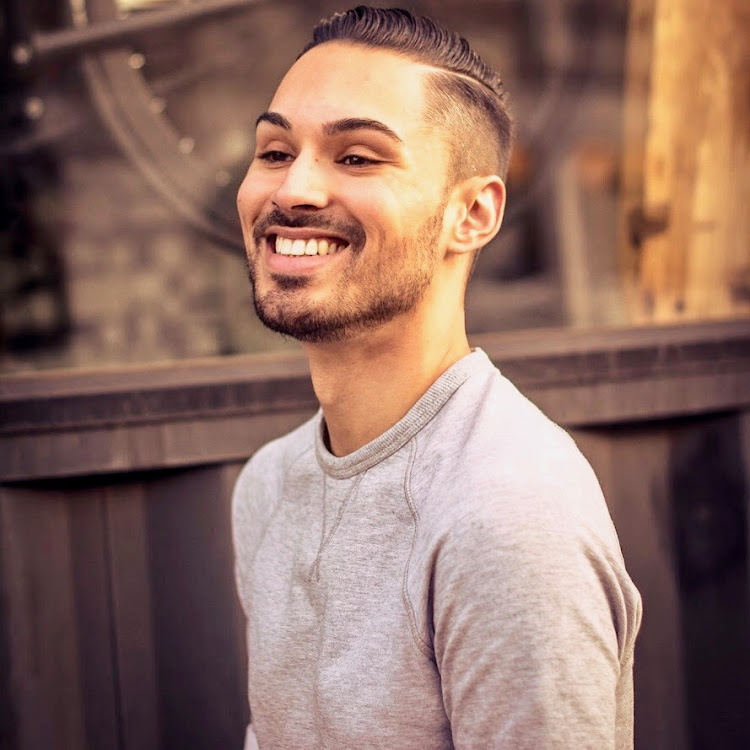 Jamil Khan, author of 'Khamr: The Makings of a Waterslams'.
Image: Supplied

Congratulations on your autobiography, Khamr: The Makings of a Waterslams. I learnt two new words just from the title! Can you tell us a little about what the book, and its title, mean to you?

This book is really my opportunity to reclaim the shame that was used to break me down. The title is literally me taking an identity that was meant to shame and claiming it proudly as a refusal to let shame control me.

You write that the autobiography could easily have become a tell-all expose of the more scandalous aspects of your childhood. Why did you want to write about trauma without, as you term, sensationalising it?

For two reasons: I don't think it would be fair to the people I share this story with since they have not chosen to tell the story, but have to feature in it. I also don't want to give powerful gazes the opportunity to be entertained by a trauma that is often interpreted as self-inflicted helplessness.

You say, towards the end of the book, that how we choose to write ourselves into existence has implications for the stories we leave behind. What story of yourself are you hoping this leaves behind?

That I was someone who existed, as complexly and varied as anyone, and that this deserves to be recorded. My aim with this story is to leave behind record of existence that is constantly erased and silenced, thereby encouraging people to document their own lives and feel represented.

You write with extraordinary compassion, even as you don't shy away from naming and clearly analysing the abusive behaviours of those closest to you. Can writing be a form of therapy, both personally and collectively as a nation?

I think writing can be a way to voice trauma, but it is far from therapy. We must not share trauma that we have not yet resolved because we will transfer that to other people — therapy is therapy.

Part of the most compelling experiences of reading the book is the revelation of human complexity. People we feel we understand by page 40, are often revealed to be so much more complex than the narrative pigeonhole we initially put them in. Do you think the stories we tell — whether factual or fictional — have a moral responsibility to disrupt simple ideas of 'good guys' versus 'bad guys'?

Well, I'm not sure whether it is an obligation because I believe readers will pick up on shallow character development, but I think we should strive towards it. Telling single stories reinscribes power dynamics, which we really don't need more of.

You tell your own story unflinchingly, which must have taken much careful introspection. How did you approach the responsibilities of candidly telling other people's stories?

I had to make certain negotiations which led me to leave some people out. It is difficult to decide, but it is still my story which other people happen to be a part of and in some ways we cannot be separated, so mine was to make sure that I didn't present people outside of the context of the systems they were subjected to.

Throughout your childhood, you relate being haunted by keeping up a family appearance of 'respectability' — the pride taken in class symbols like cars, or the status of academic achievement — and the difficulty of balancing that with an authentic sense of selfhood. What does success look like to you now?

I take pride in my ongoing commitment to social justice work and my own unlearning and relearning towards a greater humanity. My success lies in my queer kinship, the love I exude to those around me and the realisation that I have in small ways given meaning and visibility to the lives of people like me.

Although South Africa has come very far very fast, there is a lack of deep history of, and engagement with, the stories of queer people, people of colour, people struggling with abuse or oppression. What stories of other experiences would you like to see more of in books yet to be written?

I think we are a very sexually repressed society, especially for women and queer people and I would like for us to write more about sex. Sex involving lesbian women, trans people, people with disabilities, non-binary people, Muslim people and all kinds of erased sex, written about in ways as commonplace as buttering bread.

How can art and storytelling provide comfort and the feeling of being less alone during these times of global hardship?

James Baldwin said we feel alone until we read, and this really encapsulates the power of stories for me. A source of our loneliness is believing that nobody else understands our experiences, but during this time I think it is imperative that we seek out art that highlights the similarities between us and so we make sure that we stay connected to a global human experience.

Nal’ibali has launched its newest and easiest way to access stories: its WhatsApp story line.
Books
1 year ago

"I wanted to challenge our ideas of what a world of women would look like."
Books
1 year ago

Nal'ibali extends its reading support programme for families in lockdown

Nal’ibali’s website offers a vast library of additional resources, including more than 800 stories, songs and rhymes, and storytelling ideas, and ...
Books
1 year ago

'The power is in their mother tongue, which they must treasure as gold'
Books
1 year ago
Next Article