More Me Myself and I 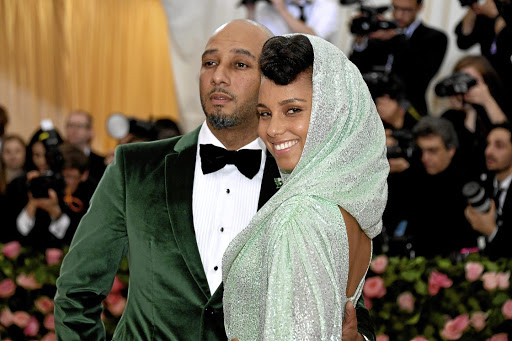 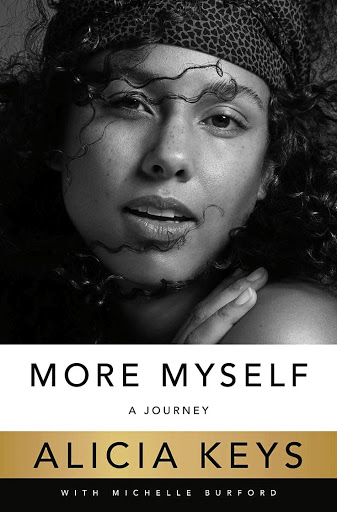 Alicia Keys is no doubt a fabulously talented artist with a need to help the world through her good works. As South Africans, we feel like we're more than just fans because Keys became a part of our lives through her music (she has often been here to perform) as well as through her activism (she was one of the driving forces behind the Keep a Child Alive Aids charity). If there was any doubt about these facts, More Myself certainly highlights them.

The memoir starts off interestingly enough. We read about Alicia growing up in Hell's Kitchen. Not at all what one could be considered as rich, but not poor either. Keys considered it survival. She models. She has an agent. She was once on The Cosby Show. She has a single mother who is a "part-time actress" named Terry Augello (Alicia changed her surname to Keys - Alicia Augello just didn't have a ring to it). Young Alicia has an edge about her. She's smart, she skips two grades in school, and she's determined - she already knew when she was four years old that she would be a singer. She's got swagger, wearing baggy clothes as her signature style so as not to be sexualised by the boys and men in her dangerous New York City neighbourhood.

Keys and her mother were given a piano as a gift when Alicia was young and she took to it. She had piano lessons and buckets of talent. Her mother encouraged her to take up artistic pursuits to help her stay off the mean streets of New York. As Keys writes: "I grew up near Times Square before it became Disneyland, during a time when Hell's Kitchen lived up to its name." At the age of 13 she was enrolled in the Professional Performing Arts School in New York. Life was tough for Ms Keys.

Her problems lie with her father. Her parents essentially had a one-night stand. Her mother decided to keep the baby and only informed the father a few months down the line. He already had a life, was in a different city, with a different woman and a job and house. Writes Keys: "My father wasn't there when I was born. On that January evening in 1981 ... Mommy arrived at the hospital already in labor ... The next day - before Mommy and I left the hospital but well after the delivery drama was over - my father, Craig Cook, strode into the newborn ward with his newest girlfriend at his side. The whole scene can be summed up in three words: Awkward as hell. The story of that day is, in many ways, the story with my relationship with Craig."

Keys struggles with this relationship throughout her life and career, and if this was the thread of the memoir it could probably have retained focus and not digressed into a who, what, when, Gucci of a vapid celebrity lifestyle. There's not much depth to the following chapters as Keys hits celebritydom overload. Names are dropped like a mic - there's Prince, Stevie Wonder, Bono, Barack and Michelle Obama, Queen Latifah and, of course, Oprah. She meets husband-to-be Swizz Beats, and her story goes from "uhm okay really" to the absurd.

Keys discloses how their #couplegoals is to outdo each other with lavish gifts and parties. There's a private party held in the Louis Vuitton store in New York. Why that store in particular? Because, "Swizz stopped by the store so frequently like he was dropping in for a quart of milk, we began jokingly calling it 'the bodega'." #Truestorybruh.

The final part of the book gets political and her sincerity comes across. Sometimes autobiographies are supposed to humanise the celebrity - to see "they are just like us", or for us to have a peek into a glamorous world. More Myself is an attempt to do both - showcase the hardships and vulnerability of Keys's life and, ultimately, it discloses that celebrities in the class of Keys live in a world that few of us can ever imagine. @Jenniferdplatt

'I wanted nothing to do with him': Alicia Keys shares emotional letter to absent dad

The singer shared details of her troubled relationship with father Craig Cook.
Lifestyle
4 months ago

Alicia Keys speaks out on frustrations with gender stereotypes

The former US First Lady will share some of her favourite children's books during the four-week series.
Lifestyle
5 months ago
Next Article

Matric exam dates announced, non-contact sports may resume and more from ...
Former ANC MP Vincent Smith appears in court after turning himself in