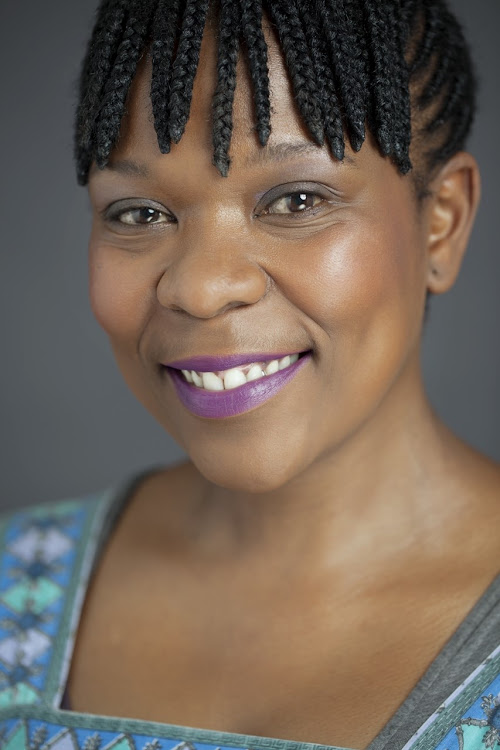 Thanks for chatting to us, Faniswa. These are unprecedented times for artists everywhere. What does lockdown mean for people in creative industries and for performing arts spaces themselves?

It’s very clear that we’re on our own, in terms of governmental support. There haven't been any clear, sustainable solutions and there isn’t enough support, especially for independent creatives. Basically, we’re left to figure things out for ourselves. Creatives are in a position of great uncertainty with accumulating debt.

You've been working with the Baxter Theatre in Cape Town to create something special during this difficult time. Can you tell us a little about the Baxter Radio project?

The Baxter Radio initiative was CEO and artistic director Lara Foot’s idea. She felt there was a need to find a way to keep artists creating and thereby offer them financial support. The lockdown has also left many families displaced in their own homes: children are stuck at home, especially those from poor backgrounds who cannot afford online learning. The majority of our people don’t have access to the internet. How do you keep their imaginations stimulated? There was a need to find some solution that could be accessible and the answer was radio. Baxter Radio caters for everyone - we have stories for grown-ups, set works for pupils and stories for little ones. We’re hoping that, during this time, we can create something that could be enjoyed by the whole family.

It's especially exciting that several works are being commissioned in isiXhosa. What material can people find in African languages on Baxter Radio?

There are different categories. We have stories of coming-of-age for teenagers, stories which are self-identity driven, classics for adults, new South African work created especially for the initiative, and humorous tales. There’s also Intsomi-inspired stories for kiddies. I’ve co-ordinated and directed the isiXhosa schools setwork Buzani Kubawo, for learners in Grades 10 to 12. It features 14 actors! Altogether, we are about 40 artists who’ve been involved with the project including myself, Marc Lottering, Susan Danford, Jennifer Steyn, Andrew Buckland, Nicky Rebelo, Tiisetso Mashifane, Khayalethu Anthony, Kanya Viljoen and many others. There are stories available in isiXhosa, isiZulu, English and Afrikaans.

What can we expect to find online, and how can we access it?

The content is available to people who become Baxter Coffee Angels. This is an innovative sustainability campaign launched by the theatre, where they ask the public to ‘Buy the Baxter a cup of coffee every month’. That means donating just R30 a month - it’s affordable and easy. To find out more, you can go to their website. I strongly recommend you join me and become a Baxter Coffee Angel!

The Baxter is also hoping to broadcast some of this new material for free on community radio. What's your message to station managers and people in positions to share these stories and performances? 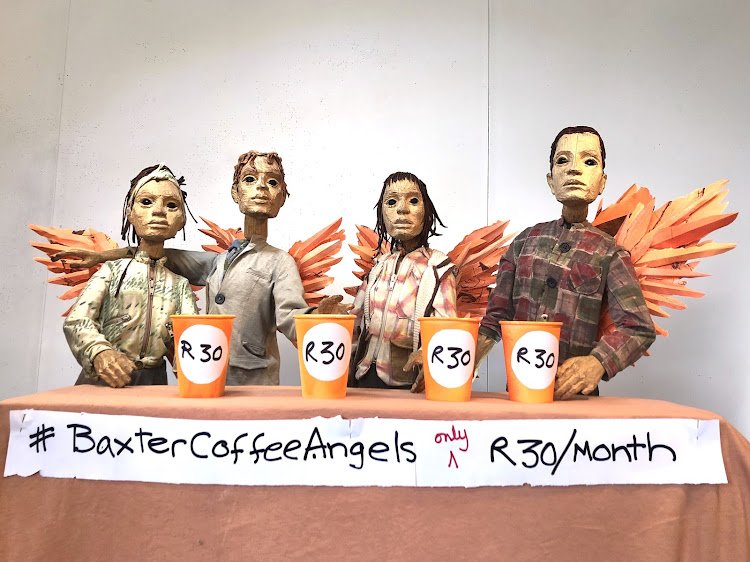 What kinds of special considerations are there in performing a script for radio, as opposed to for the stage?

Because we’re in lockdown and can’t be in the same room for a rehearsal, or access studios, we recorded everything on our phones. Voice notes for every line were sent by the actors and those were sent on to the Baxter technicians who were given notes via e-mail. Sometime we have to re-record because of background noise and sometimes the different qualities of the phones or level discrepancies also presented challenges. Direction had to take place via voice notes. Fortunately, the performers were given data so it wasn’t an extra expense for them.

Why is it important that, like the Baxter, more mainstream theatres programme work written, directed and performed by artists of colour, in a diversity of South African languages?

We have a history as people of colour, where our stories are told by the other. The reality is that in our political landscape the experiences are not the same: it’s one thing to live the experience and another commenting on that experience. It’s very important for our voices to be heard, not only through development programmes but also in the mainstream. After all, our stories are told anyway, so why not by us? There is also power in people telling their stories in their own languages and in a country that has so many official languages, it’s almost a sin for mainstream stages not to allow other languages to flourish. We need to interrogate why is there is so much resistance to the idea.

Actors and directors are used to working with liveness: the magic that happens when people gather together to tell and hear stories. In times like these, when being together is no long possible, what are some other ways we can still share storytelling experiences?

I believe that we can’t just panic-respond to that situation and create immediate online content. As someone who has no experience with the digital world, I would need assistance working with it. We can’t play by the same rules as before. We need to allow ourselves the playing time, the exploring time and call it what it is: play time. We won’t be geniuses overnight. It’s a different kind of storytelling, but how do you play when you don’t have the resources? We need stakeholders with financial muscle. It saddens me that our government did not take on board and financially acknowledge the artists that have started initiatives in this digital world. The reality is that, without income, it’s almost impossible to sustain, so we will find it hard to move away [from] just playing to developing great work. Theatres also need to have a vision, because this doesn’t just affect artists, it affects theatre institutions too. They need to come on board on how to keep the culture of storytelling alive, taking into consideration the current state of lockdown that we’re in.

How can people support local performing artists during lockdown, and beyond?

There are so many ways to financially support the artists, either by paying for or donating towards content. You can pay for a one-on-one storyteller for your child, make-up tutorials as a birthday gift for a friend, a surprise song from your favourite local musician as a gift to your loved-one, a music lesson, a sewing class ... It’s all possible.

As artists we’re also forced to look at the business side of our industry. I don’t have all the answers, but let’s keep talking to each other – even if the solutions might not be for now, but for the future.

Nal’ibali's literacy campaign is showing that school is not the only place where teaching and learning can happen.
Books
11 months ago

Family literacy is the glue that binds us, writes Lorato Trok

In order for children to thrive in the classroom and in life, we need to nurture a love of reading and stories at home first.
Books
11 months ago