From Steinhoff to SA Airways (SAA), Tiger Brands to KPMG and state capture to racism at elite schools, no corporation or institution is immune to scandal, with the repercussions thereof often lingering long after the headlines have disappeared. (Here's looking at you, social media.)

Enter When Crisis Strikes: Ten Rules to Survive (and Avoid) a Reputation Disaster, co-written by Francis Herd, prime news anchor at the SABC, and Professor Nicola Kleyn, dean of the Gordon Institute of Business Science. 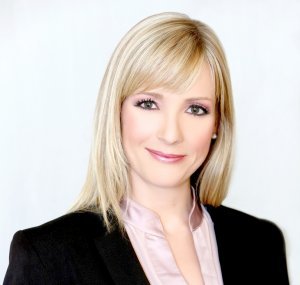 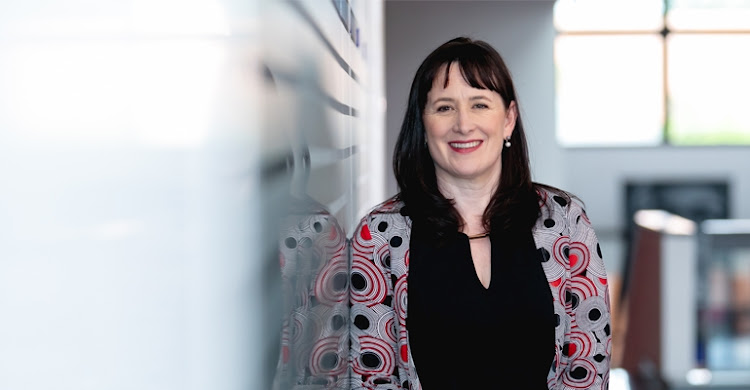 In this crisis management 101 guide, Herd and Kleyn investigate and discuss a multitude of crises faced by local and global corporations, analysing the ways in which these enterprises dealt with disasters and offering advice on how to prevent a sordid skandaal.

Now available in stores and online (via Amazon and Kobo), When Crisis Strikes will appeal to CEOs and the maddening crowds alike.

1. In your introduction you state you intentionally omitted Steinhoff (one of the biggest corporate scandals to hit SA) from your case studies. Why did you decide to include/focus on Tiger Brands, the Woolworths  plagiarism case, KPMG, state capture, racism at St John's College and SAA's strike and dire financial situation

The core of the Steinhoff case revolves around fraudulent behaviour. The best crisis management in the world can’t offer much when top leaders are implicated in unethical behaviour.

The advice we offer in our book is aimed at helping ethical leaders navigate a fast-moving situation when crisis strikes. That’s not to say that with new leadership, Steinhoff won’t recover in some form but, at this point, there isn’t enough information in the public domain to make a proper assessment.

The cases we profile in the book were selected primarily because they demonstrated a core principle in practice. When we began writing we agreed to use information that was available in the public.

In the cases we selected, we could easily assess how individuals and organisations handled the situation through public records (we specifically chose not to use any 'inside' information because people make up their minds based on the details that come out in the press). Often we could see they could have made better decisions or communicated those decisions in a better way.

We also tried to include lots of different organisations from multinationals implicated in state capture through to a school and an individual facing a reputational crisis. We hope it shows that the 10 principles we outline (the rules) apply to almost any organisation in almost any situation.

2. Were there cases/examples you initially wanted to investigate/include in the book and ultimately decided against?

After we had made our choice to exclude cases that involved fraudulent activities as well as public health disasters (way before Covid-19 had appeared on anyone’s radar), there were no case studies we flagged that we decided to exclude.

3. When Crisis Strikes combines both intricate strategic theory and practical advice on how to survive and avoid corporate crises. How did you go about writing the book in accessible prose without alienating readers who aren't well-versed in PR/management/corporate speak'the likes?

We decided our analysis would follow real world examples so everyone could learn from them. We also use everyday language and, even when we cite academic literature, we’ve avoid the jargon and have tried to distill the lessons that can be gained from the various theorists and their various studies.

We hope PR professionals will also find the book interesting, but our starting point was to make it accessible to leaders and the broader public, including people with no public relations background.

4. Rule 10: Plan While Living 'Live' contains the following extract: 'The change in media is now entrenched, and, instead of reporting back on the day’s events in one bulletin with pre-recorded images, television, radio and online platforms are often capturing the news in real time. The possibilities are getting wider because each and every individual has become a potential journalist, ‘ready for activation’. Video footage disseminated on social media can easily feature in traditional media.' Please elaborate on the role of social media in discrediting the hoi polloi (think incriminating Instagram stories and so on). How can those of us who are not in the public eye attempt to avoid possible humiliation or serious repercussions following potentially compromising video material?

Thanks for the question because that’s exactly the point. In today’s world, anyone can land up on the front pages when they are caught in a compromising situation or exposed for dodgy behaviour.

The citizen media coverage of the tragic death of George Floyd is in the US is a potent illustration of the power of social media.

The ‘live live’ rule is an important guide to reputation management because, if you live as if you are being recorded all the time, even if you’re not, you will be careful about what you say and do, and think about the consequences. It simply has to become a way of life because someone can be recording you anywhere from a secret meeting to a public gathering. It’s also the ethical way to live.

5. You added a chapter on Covid-19, writing that 'a public health crisis is beyond the scope of  a book on organisational crises as it involves specialised strategies for supply-chain management, medical staffing, and resources and disaster management'.  However, the rules you address throughout When Crisis Strikes contain principles that can be applied to a global health crisis. Please summarise these principles for our readers.

A natural disaster or a health crisis like Covid-19 requires certain actions to be taken very quickly on a large scale by technically trained professionals. However. the principles in the book are relevant when it comes to justifying and communicating decisions that have been made.

For example, in our ‘Postscript on Covid-19’ we commend health minister Zweli Mkhize for following our rule to ‘Respond Quickly and Conspicuously’ during the commencement of the lockdown regulations in South Africa.  He was very open and honest about the situation around Covid-19 from the start, and released the infection numbers and other information timeously. This stopped people speculating about what was really going on and it meant journalists did not need to turn to other authorities for information.

We also commend President Cyril Ramaphosa for his behaviour regarding another rule, ‘Respect the Power of Relationships’, when he consulted widely and tried to get opposition parties and other players on board before the initial lockdown decision. This meant there was a unique consensus in the country for a while, although that has subsequently broken down and opposition parties have since become highly critical of some regulations. There could have been more transparency around some of the lockdown regulations and better communication, and these issues are dealt with across various rules in the book.

6. If the two of you (as individual entities) could wish for one 'take home' from your book, what would it be?

Herd: For me, the main point is that a crisis, rather than something to be dreaded, can actually be beneficial for you or your company or organisation. Crises expose leadership (as we are seeing with Covid-19 around the world), and if leaders rise to the occasion and are open and honest, they can actually earn more trust and loyalty than before. We include a few examples where companies have actually emerged from crises with better reputations. It is possible.

Kley: Years ago, crises were infrequent events that when occurred, could be contained. In today’s volatile social media-rich world, everyone needs to be aware of the role they can play in minimising damage when a crisis strikes. Prepare to be as ready as you can for when it happens, and when in doubt, stay true to your values.

Can the economy continue to function as it has for the past century?
Books
1 month ago

Tiger Brands slumps and is urged to cut back its portfolio

What influence do these mega-wealthy individuals exert on South Africa?

'The Stellenbosch Mafia': Who are they and, crucially, how are they connected?
Books
11 months ago

A culture where audits don't count