First class from Singapore to Capri 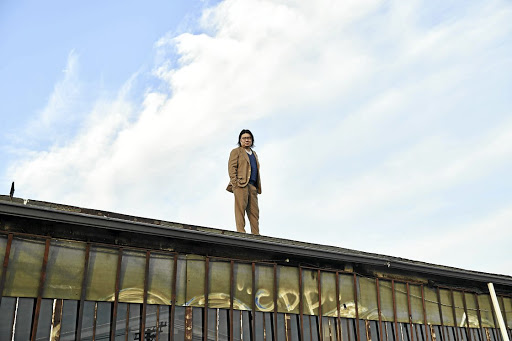 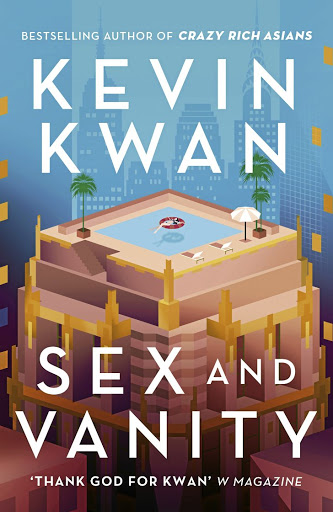 Kevin Kwan is a Hollywood success story. Crazy Rich Asians was the book that launched him into superstardom and it was purely accidental. "The result has surprised me in so many ways. I am still shocked by it. I never intended my first book to be published," says Kwan in a WhatsApp interview. He's in sunny Los Angeles where he's been living for a while working on a TV series as well as the films of his other two books - China Rich Girlfriend and Rich People Problems.

Kwan wrote Crazy Rich Asians in bits and bobs, in airport lounges and hotel rooms, when he was running his own business in New York and had to fly up and down to Houston to see his father, who was ill. Kwan wanted to hear the stories of the family [his old-moneyed, wealthy family in Singapore] he was once part of. The Kwan family packed and left Singapore when he was 11 to live in Houston.

Kwan said that he wanted to record his family's life in Singapore while his dad could still tell him the tales. He also wanted to write down all the weird, surreal stuff he remembers from living in Singapore. It was at first just a collection of short stories but his friend convinced him it was much more than that. An agent agreed. His book was then excerpted by order of Anna Winter for Vogue and this event set in motion the process that would lead to it becoming a bestseller and a blockbuster. It's the first major film made by a Hollywood studio since 1993's The Joy Luck Club to feature a majority cast of Asian descent in a modern setting. It also got him on Time magazine's list of 100 most influential people in 2018.

But now Kwan is taking a much-needed break from it to promote his new book, Sex and Vanity.

"The Crazy Rich Asian world started in 2009 and is still going on, so for me this book was about me trying something new and escapist and having a fun time doing it. It's a light, summery book that will hopefully make people laugh. I've been wanting to write it for almost 10 years now, so it's a fulfilment of a dream. I get to create this whole new world. It's been a breath of fresh air."

It is "an easy beach read" as Kwan says, or a romantic escapist one for South Africans here in the midst of winter. Set in Capri, it began for the author as a homage to A Room With A View - EM Forster's novel, which was adapted into an award-winning film in 1985 starring a young Helena Bonham Carter, an ageless Maggie Smith, the always daunting Judi Dench and the talented and at the time undiscovered Daniel Day-Lewis.

Kwan says A Room With A View was one of his favourite stories growing up and that's why he wanted to create this tribute to it. "Reading the book and watching the movie for the first time made me fall in love with Italy and that experience began a 30-year love affair with the country. Then I discovered Capri and it's one of the most beautiful places in the world. Staying there for the summer, you see the same people over and over again as we're all trapped on a tiny island. I would see this beautiful young college-age girl meet a beautiful boy in the piazza and they would have this holiday romance, right in front of my eyes. I would see their families meet and would create all these stories about the people on the island. So it seemed appropriate to set my version of A Room with a View there. Also, it was just an excuse for me to spend a lot of time in Italy, quite frankly," he laughs.

The setting of Capri is perfect for the beginning of the romance of Lucie Tang Churchill, a biracial New York princess from the Upper East Side, and the mysterious George Zao, who are both attending a lavish wedding with a whole week full of an extravaganza of events. Kwan then moves the action to New York. So think Crazy Rich Asians meets Room with a View meets The Real Housewives of New York City, and you'll get the picture.

Even though the author centres the action not in Asia this time, his characters are still Asian and biracial. Kwan says this is because he believes he has to write from a place of truth and experience.

"I wanted to write about two worlds I know well - Asian-Americans and this New York Wasp old guard world, which I accidentally fell into but have come to know well in the past two decades. I've had the opportunity to peek around the curtain and see this particular kind of privilege, this sort of crazy, rich American arrogance."

But it's not just galas and snippy asides. As in all of Kwan's novels, there are layers of biting truth telling.

"It wasn't my intention that the book would be coming out at this time of such change and upheaval. Everything that's happening now forces people to look at their own prejudices. Lucie sets off a bomb in her family and her cousins and her grandmother have to look at their own inherent racism. Like one of the characters in the book says: 'It's possible to love someone and still be racist towards them'. "

In Crazy Rich Asians Kwan highlights how difficult it is for an American Asian to go to Asia and try to fit in with a world that should be familiar but is so different. In Sex and Vanity, Kwan takes on a different but similar task - he wants to spotlight the difficulties of being Asian and biracial in today's society.

"It was important to interview people who were biracial. I wanted to capture their stories, struggles and issues. I think it's relevant to our times. Lucy in the original Room was torn between two time periods - the Victorian and Edwardian ages. She's a victim of that Victorian morality. We kinda have that today but not as much, so I wanted to highlight a chasm that we do have difficulty with: I wanted my Lucie to find her own identity in a place where, biologically, she's part of two worlds. If this book adds to the conversation and gives people food for thought, all the better." @jenniferdplatt

'Sex and Vanity' is a glittering tale of love and longing, as a young woman finds herself torn between two worlds.
Books
11 months ago
Next Article