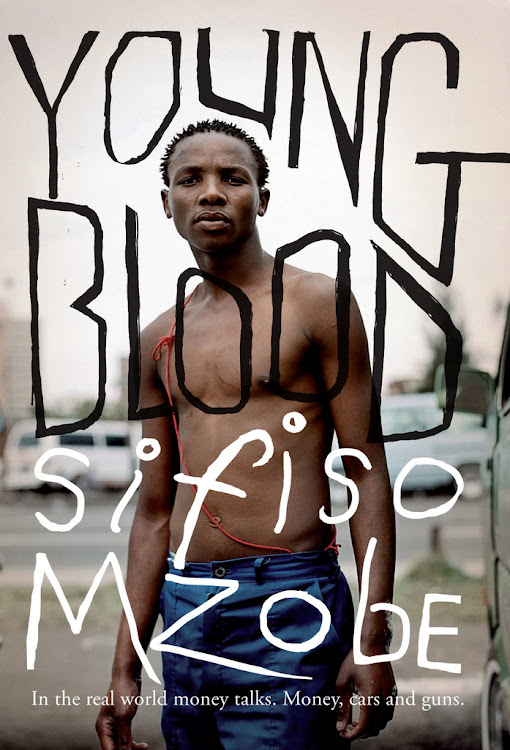 Mzobe is delighted by the news: “I’m ecstatic at this development. It's a bit surreal that a coming-of-age story set in Umlazi has found another home in the USA. I'm happy above all else that Catalyst Press will be publishing Young Blood in North America because during negotiations they showed a passion that revealed a deep understanding of my book. I'm happy that my work will find a new audience, and that ten years after the initial release the story is still being discovered.”

Young Blood was also published in German by Peter Hammer Verlag. In 2015 it was chosen for The Hot List — the best 10 books published by German-language independent publishers. The Italian rights were sold to Lóguez Ediciones.

Young Blood offers a fascinating look into the emotional landscape of car hijackers — by a vibrant and unique SA writer. Protagonist Sipho is a “young blood”, a young man of the school-going generation caught up in a world of money, booze and greed. Living in Umlazi, Durban, he is seventeen, has dropped out of school and helps at his father’s mechanic shop during the day. But odd jobs underneath the bonnets of wrecked cars do not provide the lifestyle his friends have.

Mzobe was born in Umlazi, Durban. He studied journalism and currently works as a freelance journalist. He was included in Africa39, the list of 39 most promising authors under 40 from Sub-Saharan Africa. His second book, Searching for Simphiwe, is a collection of short stories published by Kwela Books in April this year. There are detectives in pursuit of criminals, a brother desperate to find his wunga-addicted sibling, a search for abducted girls, and a quest to be reunited with a long-lost lover — to name but a few. Mzobe also explores the metaphysical in this collection, offering rich characters seeking some form of faith or purpose. Searching for Simphiwe will keep the reader enthralled with tension and suspense, while reflecting the realities of contemporary SA.

Acquiring publisher Jessica Powers of Catalyst Press said of Young Blood: “I've loved this book since I first read it years ago. An empathetic and unique portrayal of a young man's coming of age in a gritty urban township of Durban, learning the criminal ‘trade’ his township is known for. His life spins out of control as what he grasps for hovers increasingly out of his reach. Ultimately, he must find reasons to forge another path, no matter how difficult his alternatives will be. Thoroughly engaging and a truly important book for all time.”

Carolyn Meads, fiction publisher at Kwela Books, says: “Young Blood is a fantastic novel and we are very pleased that it is getting even more recognition outside our national borders. We are extremely excited that American readers will be able to get better acquainted with Sifiso Mzobe’s work.”

Far from living off the royalties of his successful debut novel, Young Blood, Sifiso Mzobe teased yesterday that he was aiming to submit a new ...
News
9 years ago

Want to know what to read this year? Book editor Jennifer Platt has some suggestions: from mysteries and tall tales to essential guides to taking ...
Books
2 years ago

What are you reading? A thriller titled The Delta by Tony Park.In a nutshell?It is a fast-paced ode (538 pages) to the wilderness with plenty ...
Lifestyle
11 years ago